Troops levels in Iraq, Afghanistan will be slashed before Trump leaves

New Pentagon chief confirms troops levels in Iraq and Afghanistan will be cut to 2,500 each before Donald Trump leaves office – but Mitch McConnell ups warnings of move risking chaos

The new plan will accelerate troop withdrawals from Iraq and Afghanistan in Trump’s final days in office, despite arguments from senior military officials in favor of a slower, more methodical pullout.

The most powerful Republican in Congress also didn’t back the plan .

‘I think it’s extremely important here in the next couple of months not to have any earthshaking changes with regard to defense and foreign policy,’ Senate Majority Leader Mitch McConnell warned Tuesday. ‘I think a precipitous drawdown in either Afghanistan or Iraq would be a mistake.’

Trump has refused to concede his election loss to Democrat Joe Biden, who takes office Jan. 20, just five days after the troop withdrawals are slated to finish. 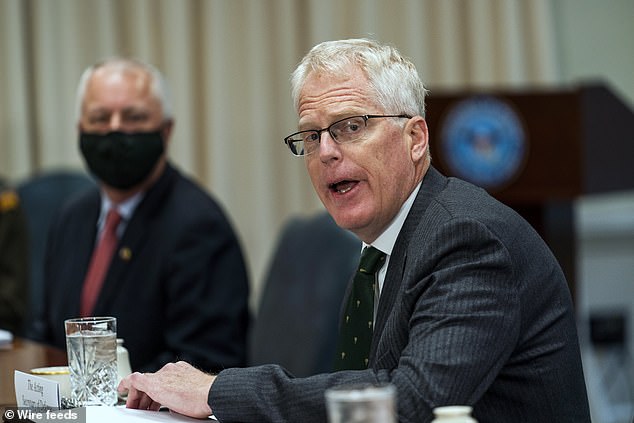 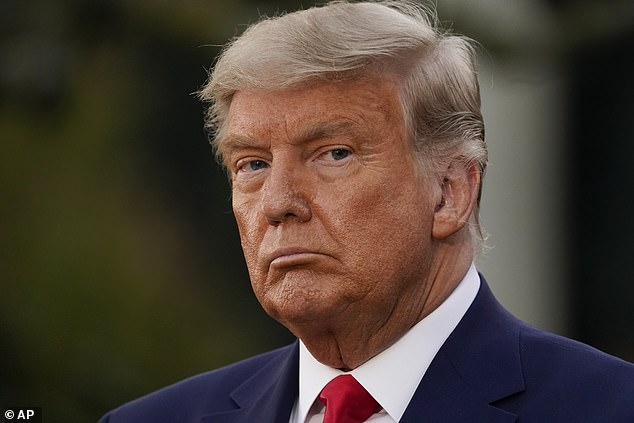 Outgoing President Donald Trump, who hasn’t been seen publicly since his Rose Garden appearance Friday, has long promised to pull the U.S. out of endless wars

Miller added that the U.S. remains ready to respond if conditions deteriorate.

‘If the forces of terror, instability, division and hate begin a deliberate campaign to disrupt our efforts, we stand ready to apply the capabilities required to thwart them,’ he said in a roughly eight-minute statement to reporters in the Pentagon briefing room.

It also runs counter to his guidance that troop withdrawals be based on the conditions on the ground, not a date on the calendar.

In Afghanistan, in particular, military and defense leaders have consistently said the Taliban has not yet met requirements to reduce violent attacks against Afghan government forces.

U.S. forces have remained in Afghanistan since they invaded in October 2001.

The decision has already received a cool reception from some Republican leaders on Capitol Hill, and a somewhat uncharacteristically blunt critique from NATO Secretary General Jens Stoltenberg.

NATO has fewer than 12,000 troops from dozens of nations in Afghanistan helping to train and advise the country’s national security forces.

More than half are not U.S. troops, but the 30-nation alliance relies heavily on the United States for transport, air support, logistics and other assistance.

It’s unlikely that NATO could even wind down its operation without U.S. help.

‘We now face a difficult decision. We have been in Afghanistan for almost 20 years, and no NATO ally wants to stay any longer than necessary. But at the same time, the price for leaving too soon or in an uncoordinated way could be very high,’ Stoltenberg said in a statement Tuesday.

Trump’s national security adviser Robert O´Brien said the president is keeping his promise to the American people to get U.S. troops out of war zones.

‘By May, it is President Trump´s hope that they will all come home safely and in their entirety,’ O´Brien told reporters at the White House shortly after Miller made the announcement at the Pentagon.

‘I want to reiterate that this policy is not new,’ O´Brien said. ‘This has been the president’s policy since he took office.’