Trump’s longtime CFO Allen Weisselberg gets five months in jail for 15-year tax-dodging scheme: Is held in custody and set to be taken to notorious Rikers Island

The 75-year-old is set to serve his sentence at the notorious Rikers Island in New York City after admitting to the 15-year scheme where executives received bonuses and perks instead of a higher salary to save the company and themselves huge sums of money in taxes.

The company-provided perks included rent on his Manhattan apartment, car leases for him and his wife, and private school tuition for his grandchildren.

Weisselberg pleaded guilty in August after paying nearly $2 million in taxes, penalties and interest and testifying at the criminal trial of the Trump Organization, which was convicted on all counts it faced.

In return for his testimony, he was offered the five-month sentence as part of a plea deal. 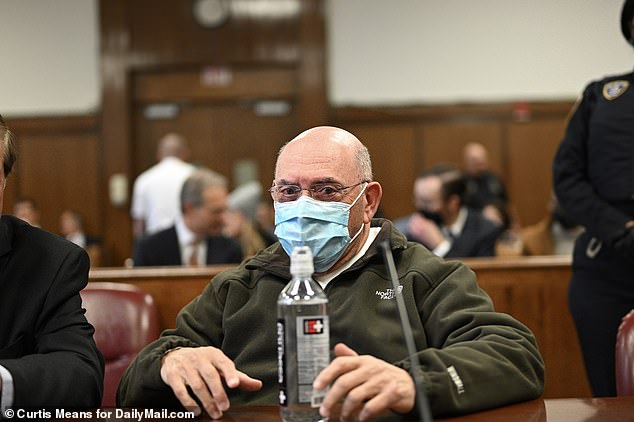 Longtime Trump Organization Chief Financial Officer Allen Weisselberg has been jailed for five months for dodging taxes on $1.7 million in job perks. He is pictured in a Manhattan court on Tuesday before he was put behind bars 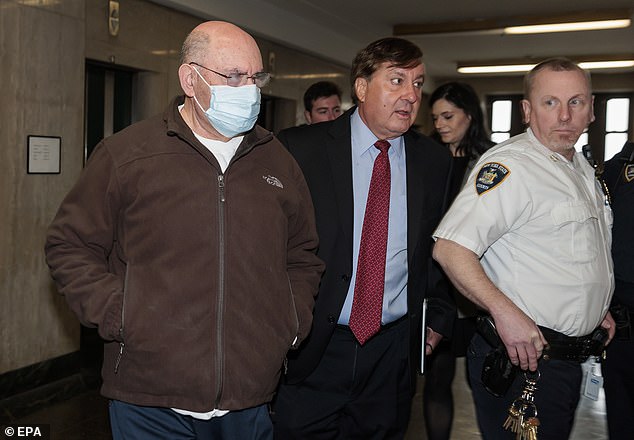 Judge Manuel Merchan, who handed down the sentence, said he was hesistant to put Weisselberg away for only five months.

‘Were it not because I made that promise, I would not be imposing a five-month sentence. I would be imposing a much greater sentence,’ he said in court.

‘Most significantly was the $6,000 payroll payment to Mr. Weisselberg’s wife and the reason I find that so offensive is that it was driven purely by greed,’ Merchan added.

Merchan said Weisselberg had put his wife on the payroll so that she could ‘one day benefit from social security payments she was not entitled to.’

Many convicts in New York City facing one year or less behind bars head to Rikers Island, which lies between the New York City boroughs of Queens and the Bronx and houses more than 5,900 inmates.

Weisselberg will be eligible for release after just three months if he behaves behind bars. He will have to complete five years of probation when he is free.

Those days will probably not be easy for Weisselberg at a jail known for violence, drugs and corruption. Nineteen inmates there died last year.

Rothfeld spent more than five weeks at Rikers in 2015 and 2016 as part of an 18-month sentence for defrauding investors and tax authorities when he was chief executive of the now-defunct WJB Capital Group Inc.

He now runs Inside Outside Ltd, which advises people facing incarceration. Another client is Harvey Weinstein, the former Hollywood movie producer convicted twice of rape.

During questioning by prosecutor Susan Hoffinger on Tuesday in a New York state court in November, Weisselberg testified that starting around 2005, the Trump Organization paid the $7,000 to $8,000 monthly rent on his Manhattan apartment, as well as his utilities, phone and parking garage bills.

Weisselberg said rent and accompanying expenses grew to about $200,000 a year. He said if the Trump Organization gave him a raise to cover those expenses, it would have cost the company twice as much to account for his resulting taxes.

After being sentenced, Weisselberg will likely be driven to Rikers and trade his street clothes for a uniform and sneakers with velcro straps.

Rothfeld said he hopes Weisselberg will be segregated from the general population, and not placed in a dorm with inmates who may not know him but will know his boss, who is seeking the presidency in 2024.

‘Certainly Mr. Weisselberg’s 50-year relationship with the former president is on all our minds,’ Rothfeld said.

A spokesman for the city’s Department of Correction said the agency’s mission is ‘to create a safe and supportive environment for everyone who enters our custody.’

Rikers is scheduled to close in 2027. 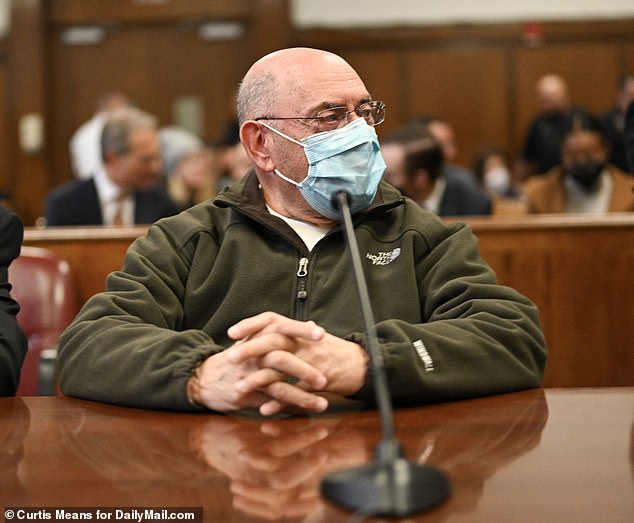 Weisselberg pleaded guilty in August after paying nearly $2 million in taxes, penalties and interest and testifying at the criminal trial of the Trump Organization, which was convicted on all counts it faced 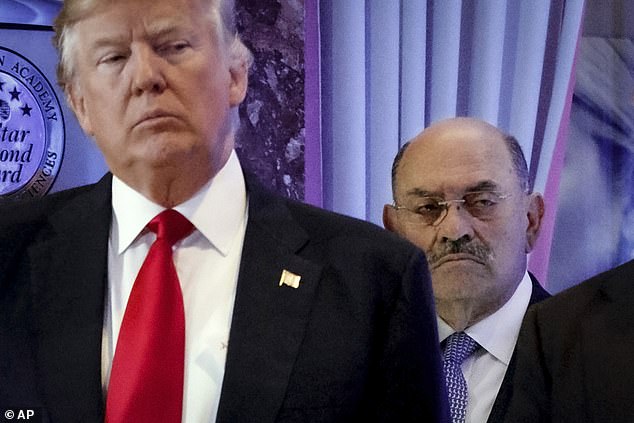 Weisselberg, the Trump Organization’s former chief financial officer, pleaded guilty in August, admitting that from 2005 to 2017 he and other executives received bonuses and perks that saved the company and themselves money. Pictured: Weisselberg is pictured with President Trump in January 2017 inside the lobby of Trump Tower, New York City 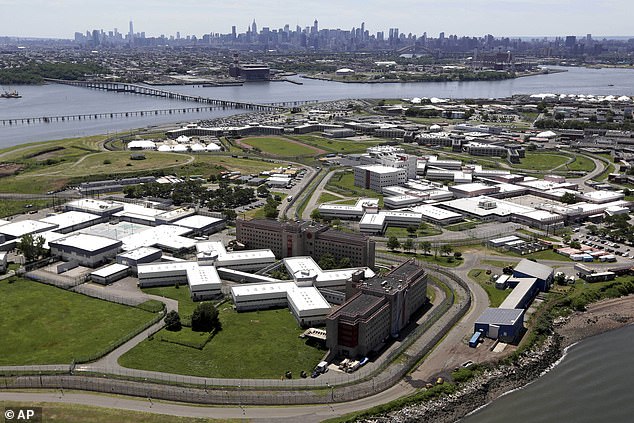 After being sentenced, Weisselberg will likely be driven to Rikers Island prison (pictured) and trade his street clothes for a uniform and sneakers with velcro straps

Weisselberg was the star government witness against his employer.

He told jurors that Trump signed bonus and tuition checks, and other documents at the heart of prosecutors’ case, but was not in on the tax fraud scheme.

Though no longer CFO, Weisselberg remains on paid leave from the Trump Organization. He testified in November that he hoped to get a $500,000 bonus this month.

Weisselberg testified that the company is paying his lawyers. It is paying Rothfeld as well, a person familiar with the matter said. Rothfeld declined to comment.

Trump was not charged and has denied wrongdoing. The Manhattan District Attorney’s office is still investigating his business practices.

Merchan will also sentence the Trump Organization on Friday. Penalties are limited to $1.6 million.

Rothfeld said he advised Weisselberg not to go outside at Rikers because of the risk of violence in courtyards, and not to interject himself into conversations between other inmates. ‘The goal is to keep to yourself,’ Rothfeld said.