PRESIDENT Donald Trump hailed a "dawn of a new Middle East" on Tuesday, as Israel signed landmark pacts with the United Arab Emirates and Bahrain at a White House ceremony.

The event saw Trump cast himself as an international dealmaker at the height of his reelection campaign. 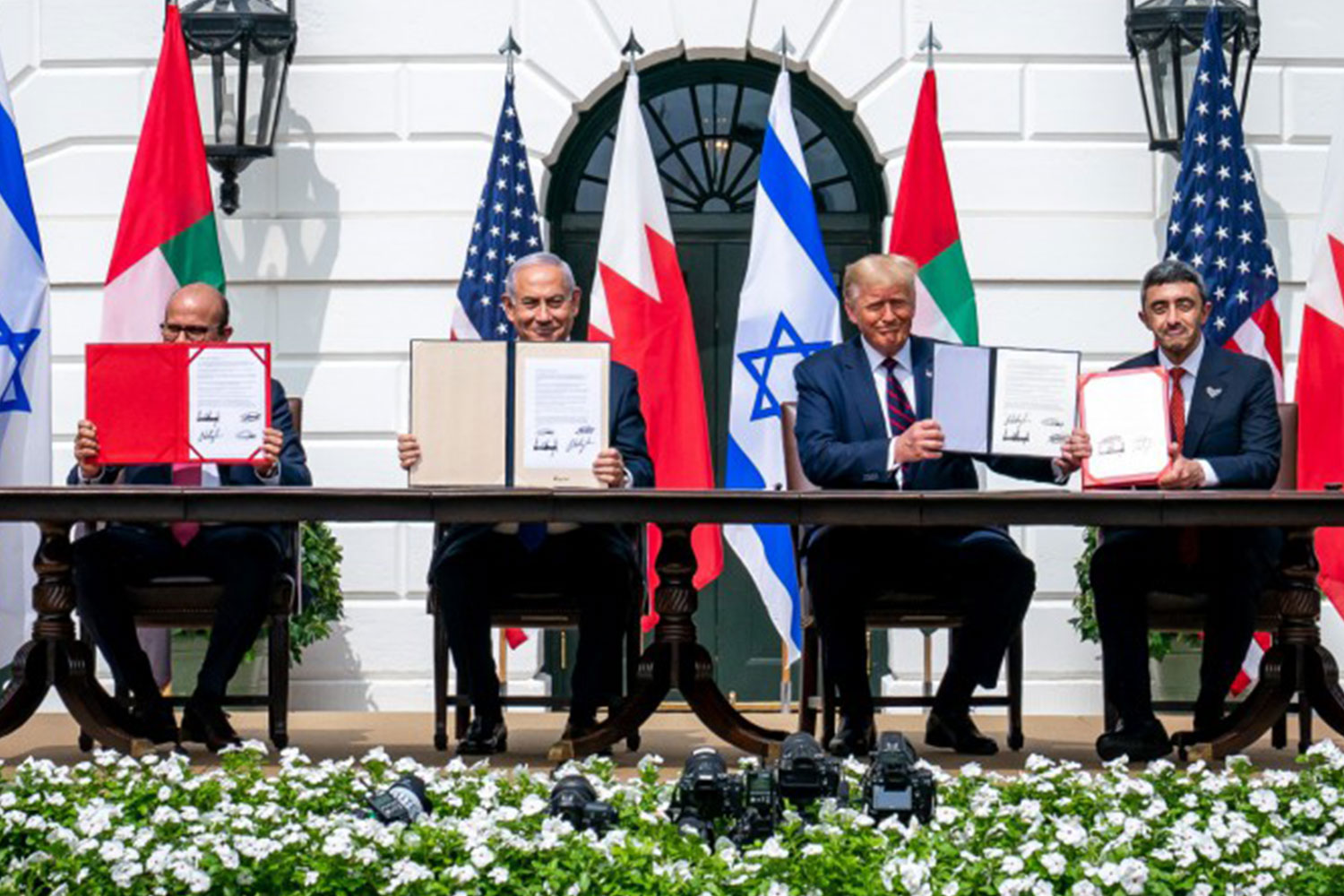 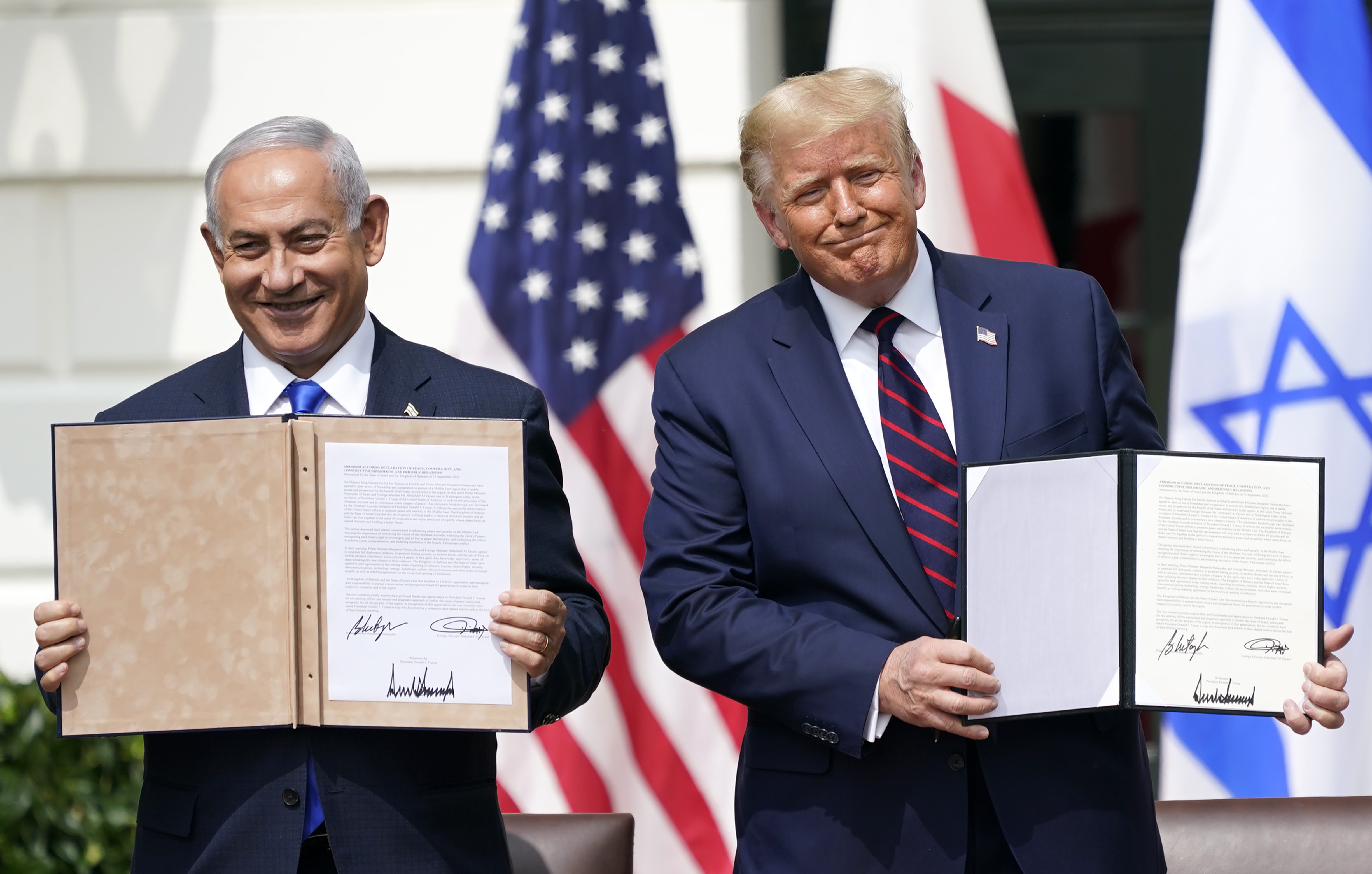 Speaking on the South Lawn, Trump said: "We’re here this afternoon to change the course of history. After decades of division and conflict we mark the dawn of a new Middle East.

"Thanks to the great courage of the leaders of these three countries, we take a major stride toward a future in which people of all faiths and backgrounds live together in peace and prosperity,"

The deals, known as the "Abraham Accords," were struck between Israel and the United Arab Emirates, and Israel and Bahrain.

They formalize the normalization of Israel's already thawing relations with both countries in line with their common opposition to Iran.

Trump said the deals would form "the foundation for a comprehensive peace across the entire region."

Earlier in the day, Trump, who has had his own clashes with Iran during his presidency, also said "we're very far down the road with about five additional countries," but declined to name them.

Foreign minister from the UAE and Bahrain were present at the deal ceremony, along with Israeli Prime Minister Benjamin Netanyahu.

Trump signed each of the deals as a witness, while the three leaders also signed a separate trilateral declaration of peace. 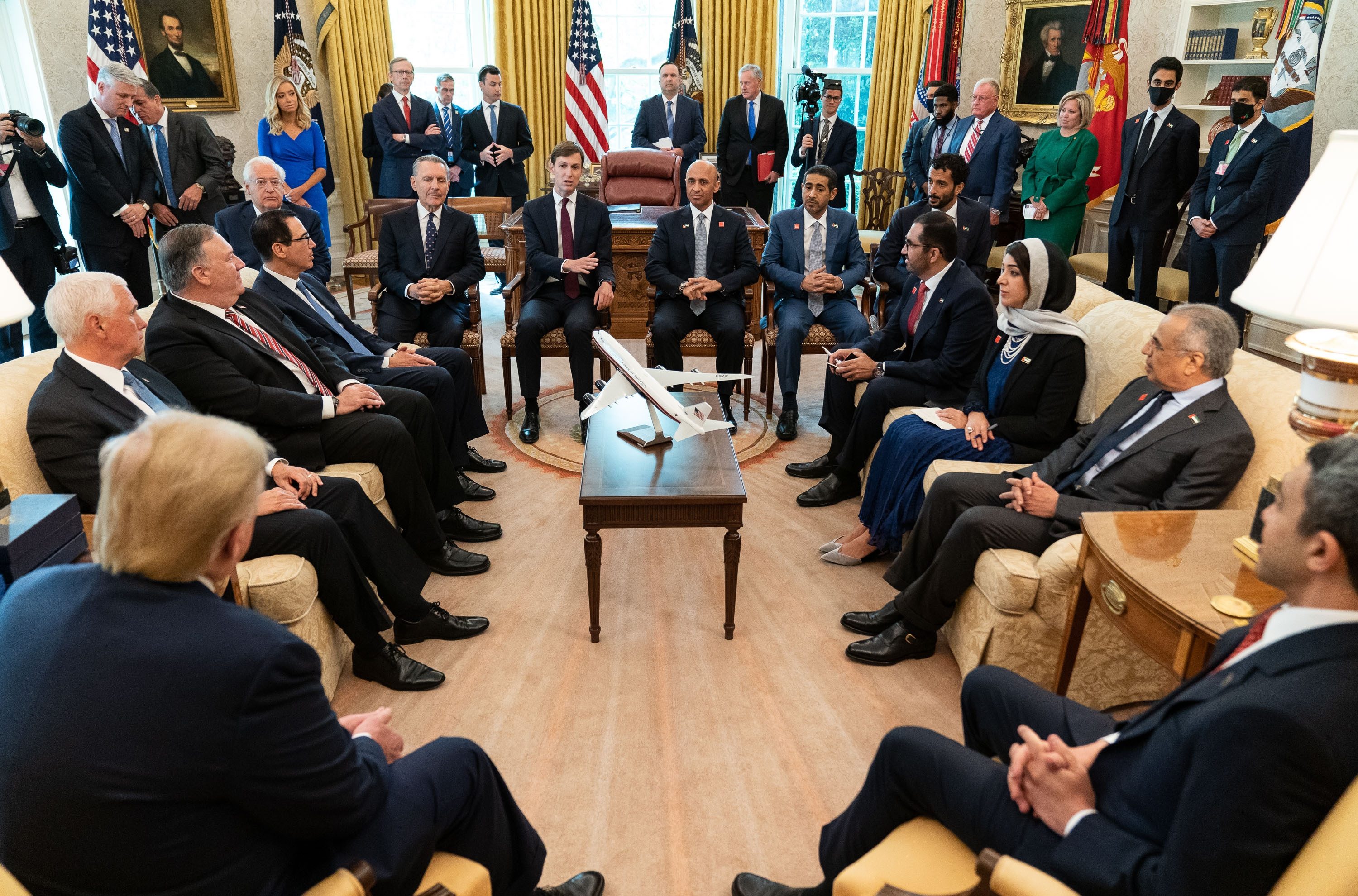 The UAE deal had previously been announced last month, and the Bahrain deal was announced on Friday.

Netanyahu said: "This day is a pivot of history, it heralds a new dawn of peace.

The agreements do not address the decades-long conflict between Israel and the Palestinians, who see the deals as a stab in the back from their fellow Arabs and a betrayal of their cause for a Palestinian state.

Neither Trump nor Netanyahu mentioned Palestine in their remarks, but the UAE and Bahraini officials discussed the importance of creating a Palestinian state.

Israel and the U.S. hope such agreements will usher in a major shift in the region, with the hope that other Arab nations – particularly Saudi Arabia – will follow suit.

Until now, Israel has had peace deals only with Egypt and Jordan.

Oman, Sudan and Morocco are believe to be close to recognizing Israel, according to reports.

But some critics have questioned the impact of Tuesday's signings.

The bilateral agreements signed by Israel and Bahrain fell short of the more detailed formal treaties that are the diplomatic norm, according to reports.

Both documents were made up of general statements pledging to advance diplomacy, mutual cooperation and regional peace.

Meanwhile, the agreement with Israel and the UAE was more detailed, expressing 15 areas of mutual interest, such as finance, trade, aviation and energy.