WASHINGTON (Reuters) – U.S. President Donald Trump said on Friday that he will join a conference call with Lebanon’s president and other world leaders on Sunday to discuss aid to Lebanon in the wake of this week’s devastating Beirut port explosion. 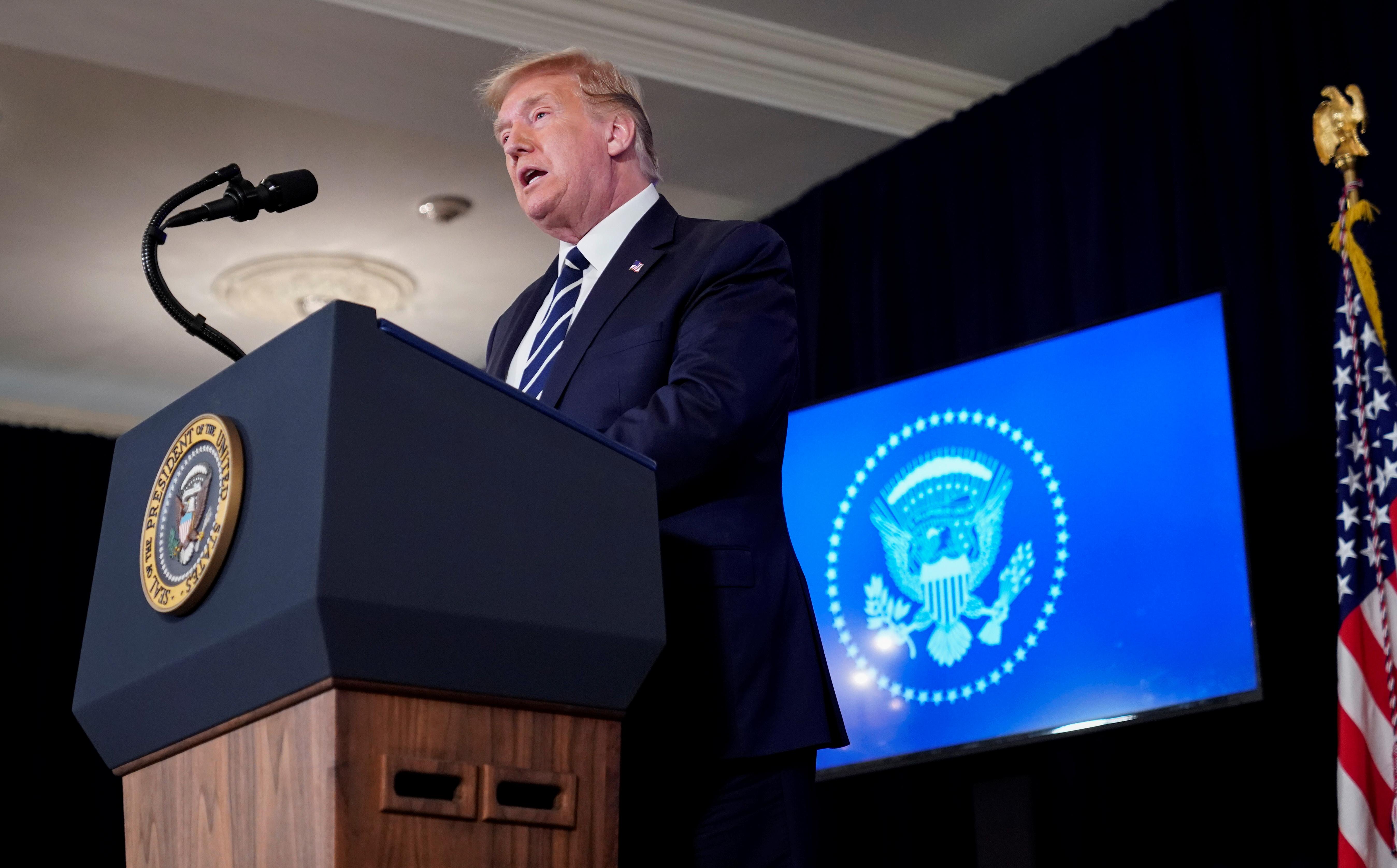 Trump said on Twitter that he spoke separately with Lebanese President Michel Aoun and French President Emmanuel Macron, who also will join the call.

“We will be having a conference call on Sunday with President Macron, leaders of Lebanon, and leaders from various other parts of the world. Everyone wants to help!” Trump tweeted.

He said he told Aoun that three large U.S. aircraft were en route to Lebanon to deliver supplies and personnel.

At a news conference at his golf club in Bedminster, New Jersey, Trump said the United States was working with Lebanese officials to identify health and humanitarian needs and “we will provide further assistance in the period to come”.

Trump and Macron spoke by phone and “expressed their deep sadness over the loss of life and devastation in Beirut,” White House spokesman Judd Deere said in a statement.

The explosion in the Lebanese capital’s port on Tuesday killed 154 people and injured 5,000.

France and other countries have rushed emergency aid to Lebanon, including doctors, and tons of health equipment and food.

On Thursday, Macron visited Beirut and assured angry crowds that aid to rebuild the city would not go to “corrupt hands.”

The cause of the blast is being investigated. Initial Lebanese probes have pointed to an ammonium nitrate cargo, which was abandoned in Beirut, as the source of the blast.

(This story was refiled to add missing zero in paragraph 9)