Washington: President Donald Trump will travel to Kenosha, Wisconsin, on Tuesday, amid fury over the police shooting of Jacob Blake in the back, which left the 29-year-old Black man paralysed.

White House spokesman Judd Deere told reporters aboard Air Force One on Saturday that Trump will be meeting with law enforcement officers and “surveying” some of the damage from recent protests that turned destructive. 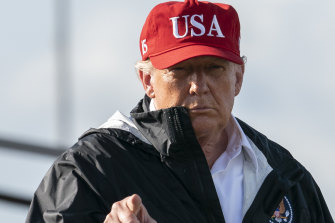 The visit is certain to exacerbate tensions in the city, where a crowd of about 1000 demonstrators gathered outside a courthouse on Saturday to denounce police violence.

Trump has been running his re-election campaign on a law-and-order mantle, denouncing protesters as “thugs" while voicing his support for police.

In his acceptance speech during the virtual Republican National Convention, Trump painted the election in hyperbolic terms as a stark choice between peaceful streets and anarchy. 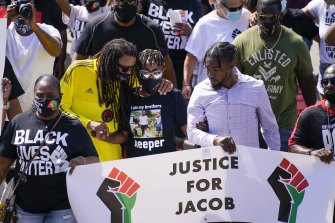 Trump's opponent for re-election, former vice-president Joe Biden, and his running mate, Kamala Harris, have accused Trump of rooting for violence amid unrest in Wisconsin.

“He views this as a political benefit,” Biden said in an interview on MSNBC. “He’s rooting for more violence, not less. And it’s clear about that.”

Kenosha Police Officer Rusten Sheskey and two other officers were responding to a domestic abuse call last Sunday when Sheskey shot Blake in the back seven times. Video footage from a phone captured the shooting, which has sparked new protests against racial injustice and police brutality months after George Floyd’s death at the hands of a Minneapolis officer touched off a wider reckoning on race.