PRESIDENT Donald Trump’s microphone could be cut off during the next 2020 debate against Joe Biden according to new rules after the opponents’ Tuesday night slugfest.

The Commission on Presidential Debates said on Wednesday it would be adopting changes to the debate format – to avoid what happened at the first debate this week. 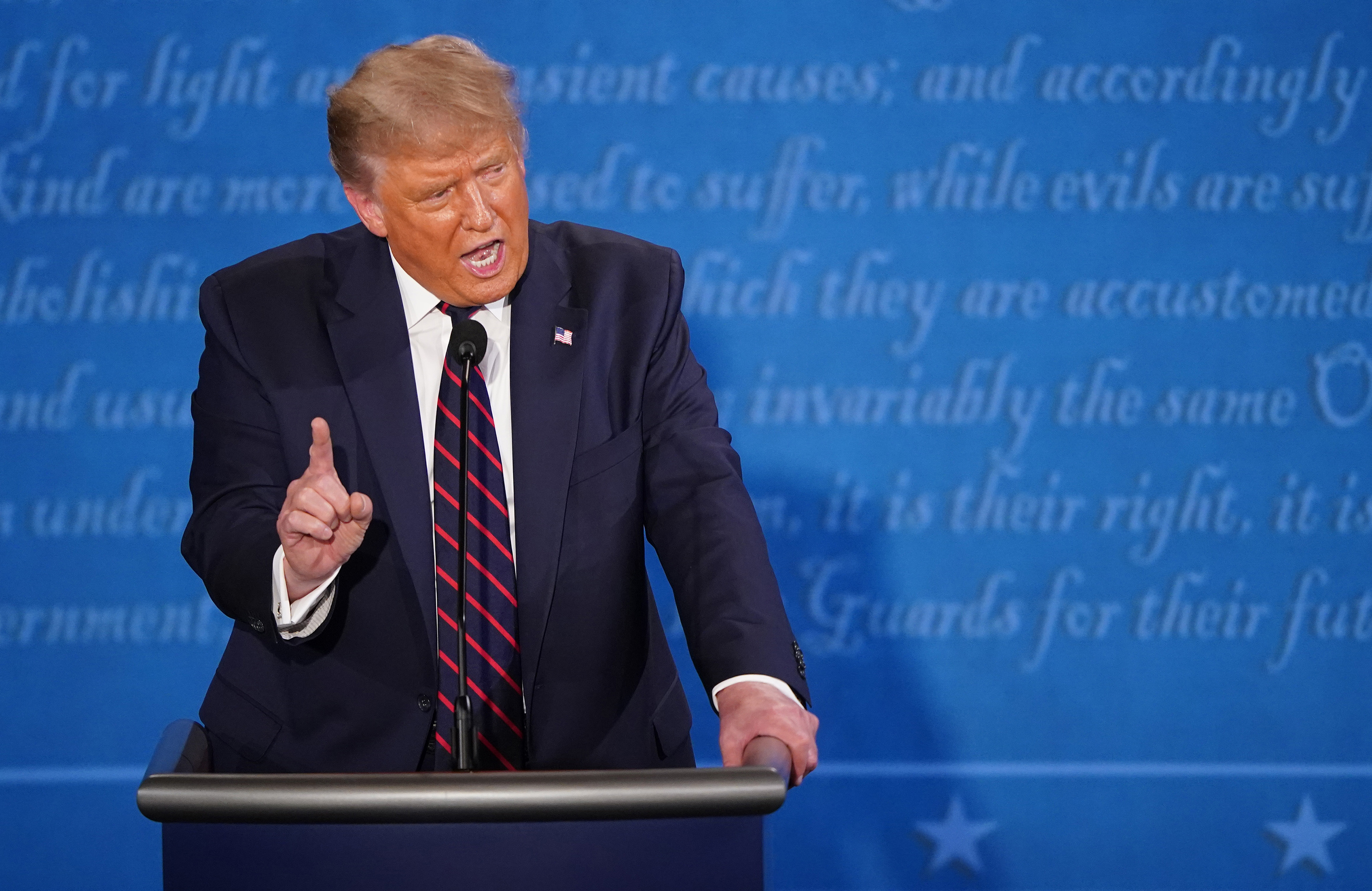 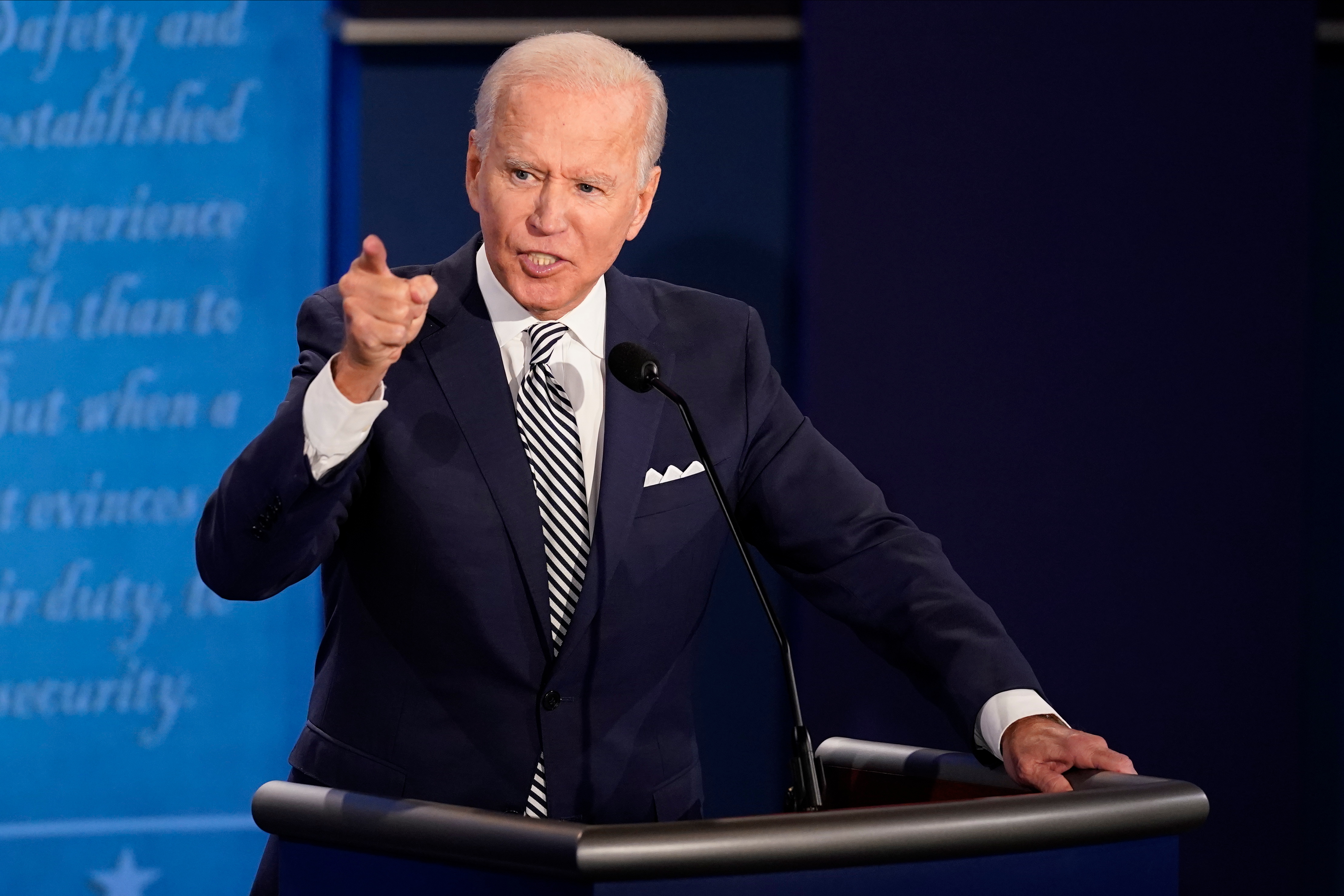 But Trump’s campaign has said any changes are only being considered because Biden “got pummeled last night.

“President Trump was the dominant force and now Joe Biden is trying to work the refs,” Trump campaign communications director Tim Murtaugh said in a statement.

“They shouldn’t be moving the goalposts and changing the rules in the middle of the game.”

During the 90-minute debate, moderator Chris Wallace was frequently interrupted by the candidates – primarily Trump – and he struggled to gain control of the event in Ohio. 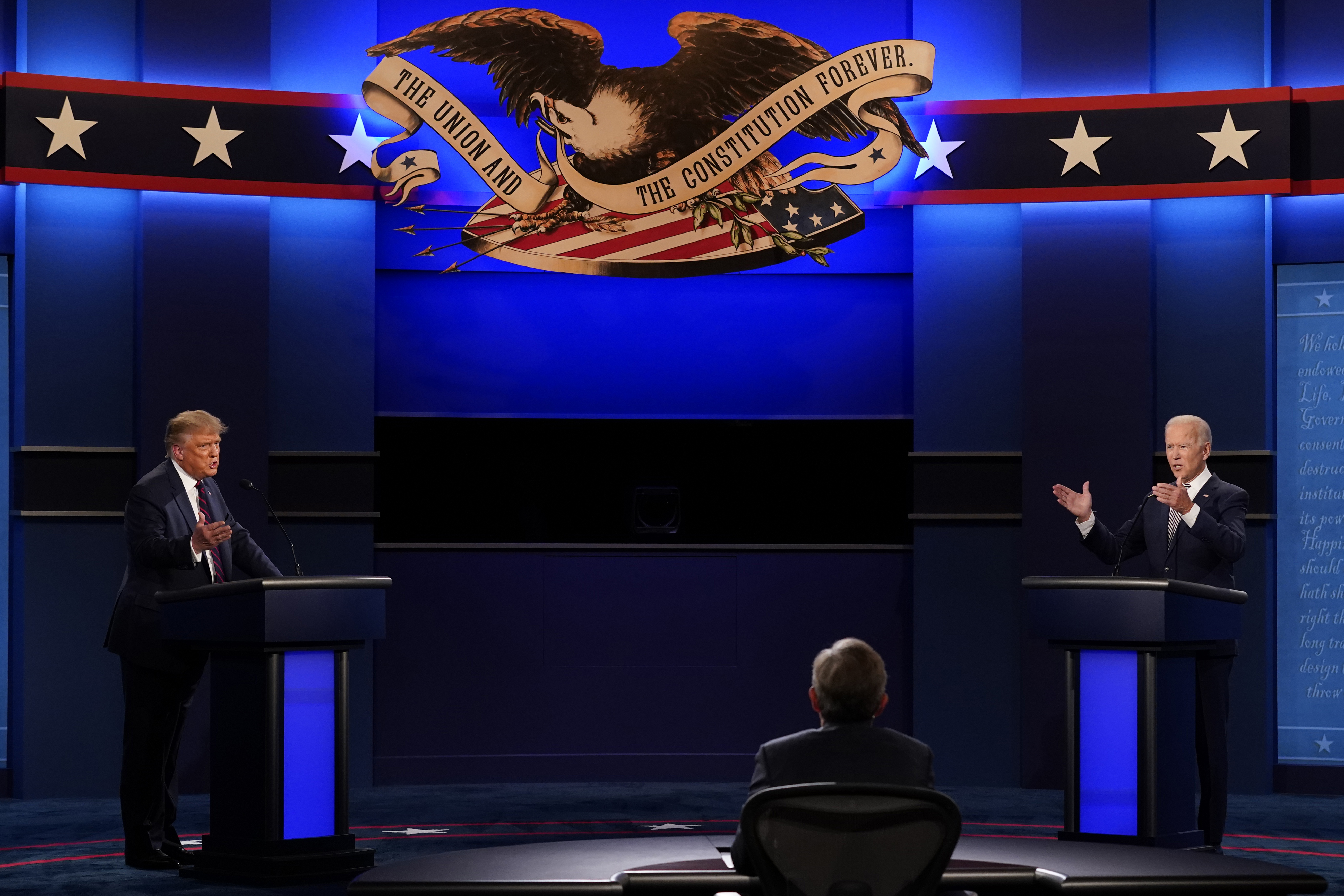 According to an analysis from The Washington Post, Wallace was interrupted 90 times – 71 times by Trump.

At one point, the Fox News anchor pleaded for order between the candidates. 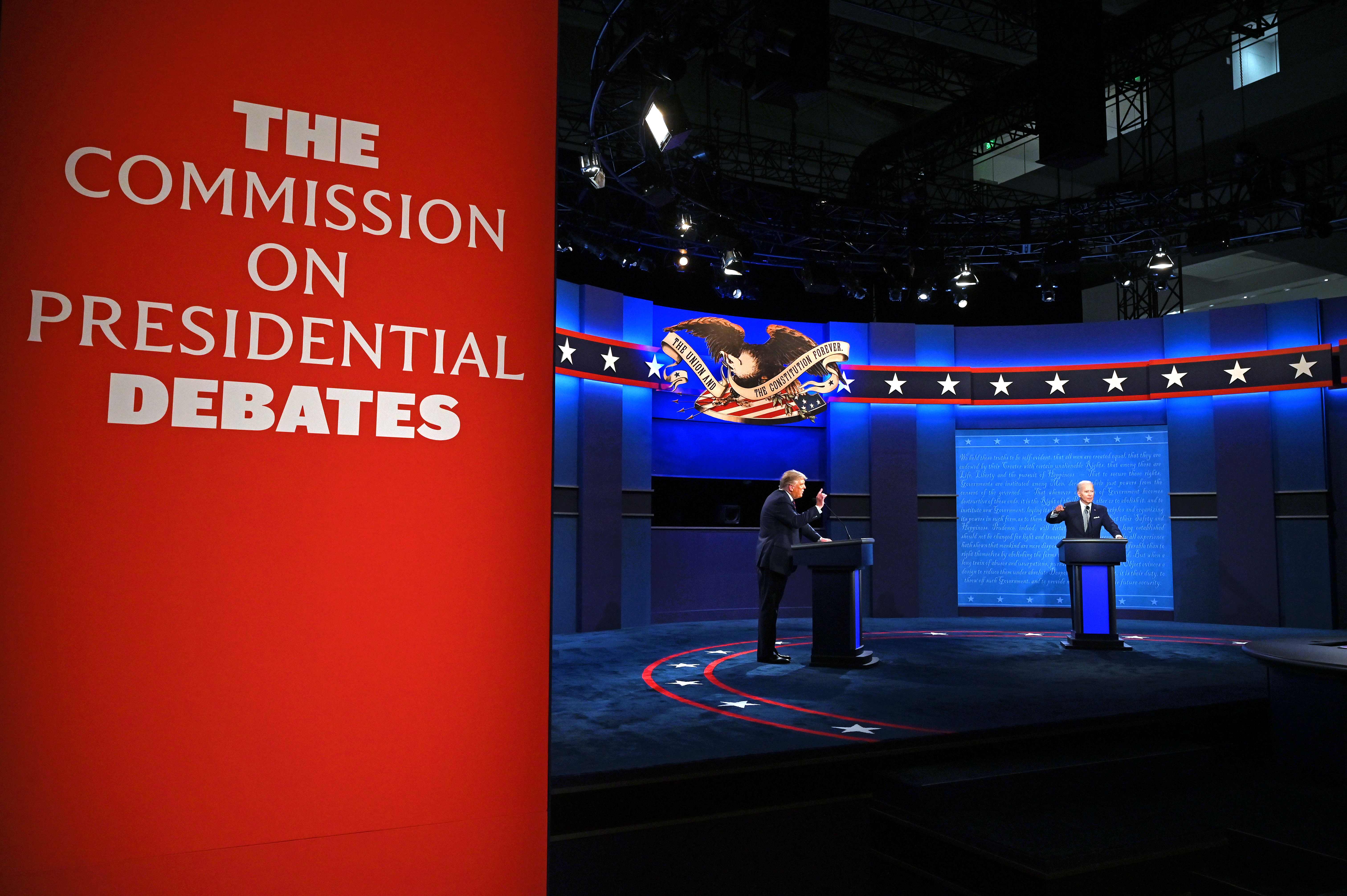 He looked at Trump and said: “The country would be better served if we allowed both people to speak with fewer interruptions. I’m appealing to you, sir, to do that.”

“Ask him, too,” Trump said, to which Wallace replied, “Well, frankly, you’ve been doing more interrupting than he has.”

The commission said the debate “made clear that additional structure should be added to the format of the remaining debates to ensure a more orderly discussion of the issues.”

One of the changes being discussed for the next two debates would be the ability of the moderator to cut off Trump or Biden’s microphones while the other is talking. 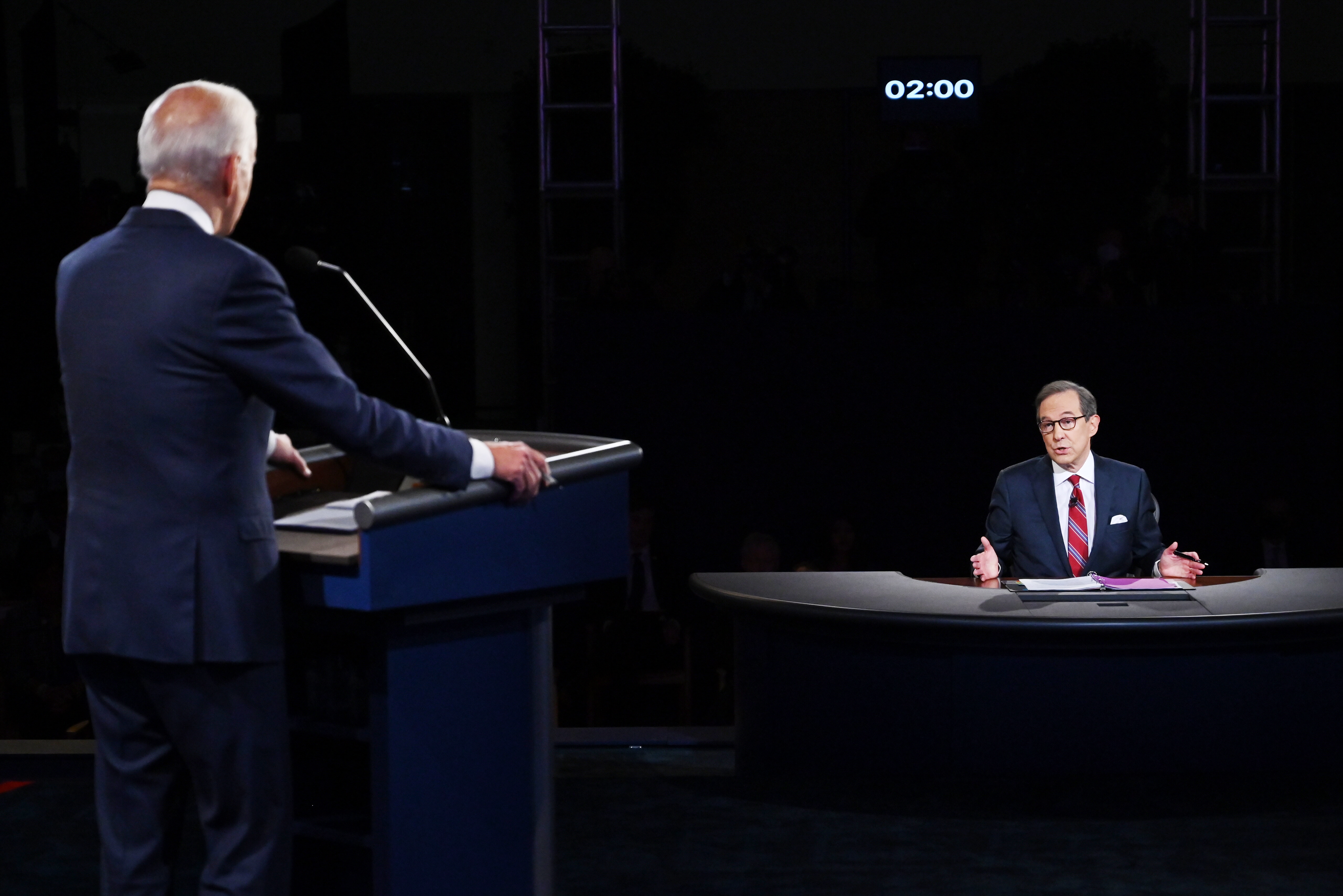 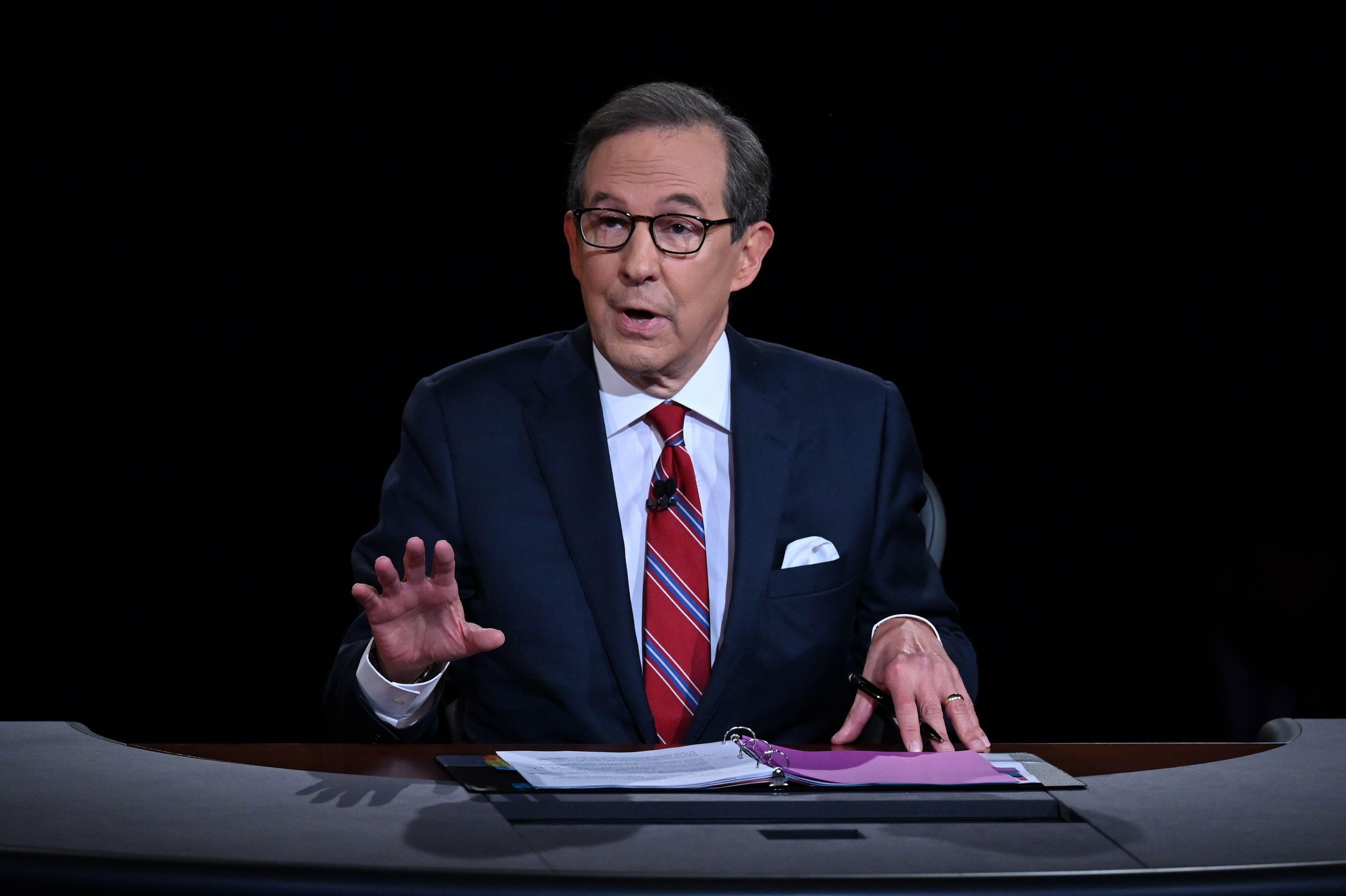 On Tuesday night, Trump repeatedly interrupted Biden with angry and personal jabs that mostly overshadowed the different visions each man has for a nation facing historic crises.

In the most tumultuous presidential debate in recent memory, Trump refused to condemn white supremacists who have supported him.

There were also heated clashes over the president's handling of the coronavirus pandemic, the integrity of the election results, deeply personal attacks about Biden's family, and how the Supreme Court will shape the future of the nation's health care.

The two men frequently talked over each other with Trump interrupting – nearly shouting – so often that Biden eventually snapped at him: "Will you shut up, man?" 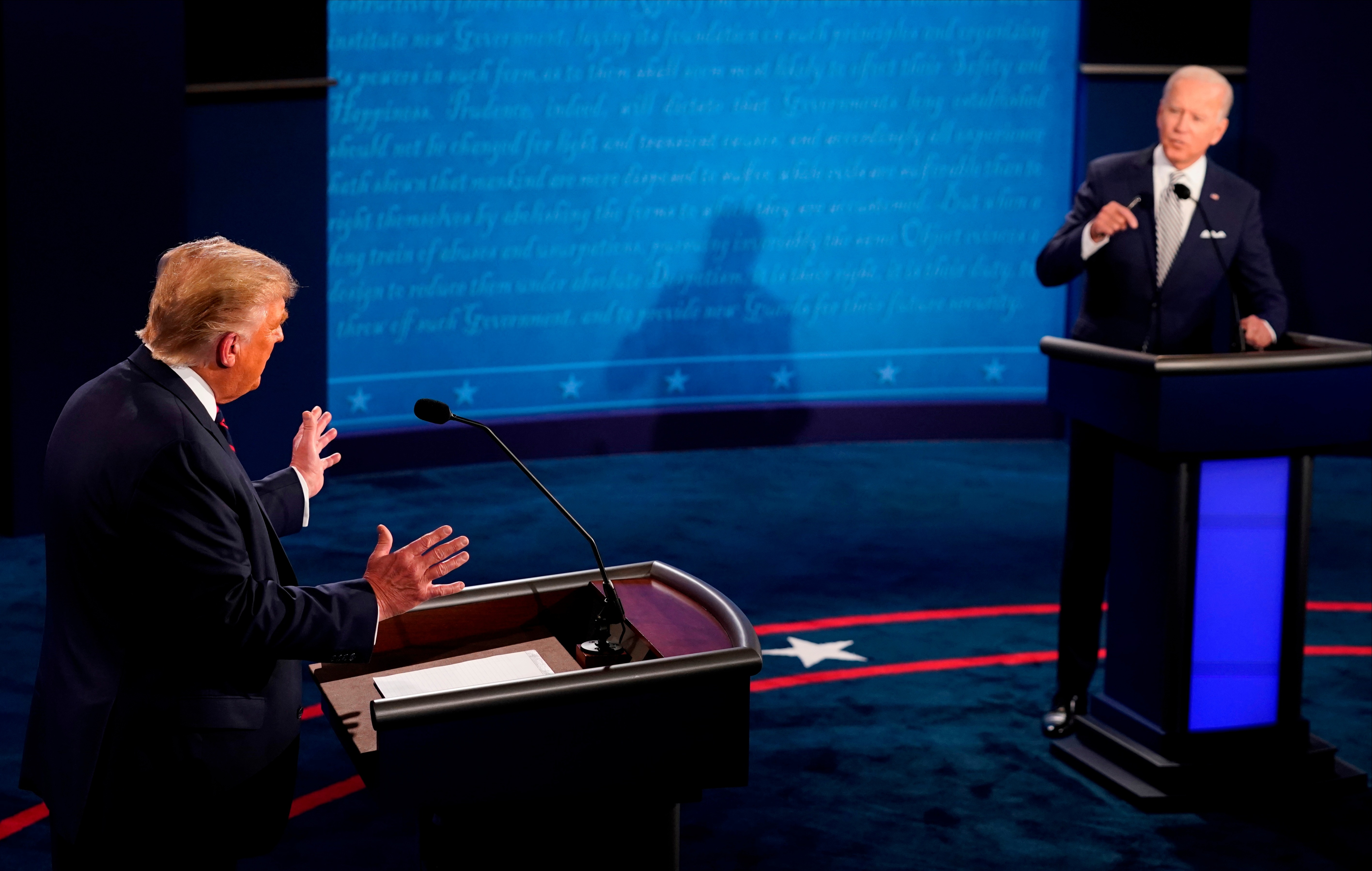 On Wednesday morning, Trump slammed Wallace as being a poor moderator who “had a tough night” and said he had “fun” during the debate.

Despite some suggestions that the final two presidential debates be canceled, both campaigns said they expected their candidate to attend.

The Nielsen company said that 73.1million people watched the debate, which was more than any other television event since the Super Bowl. 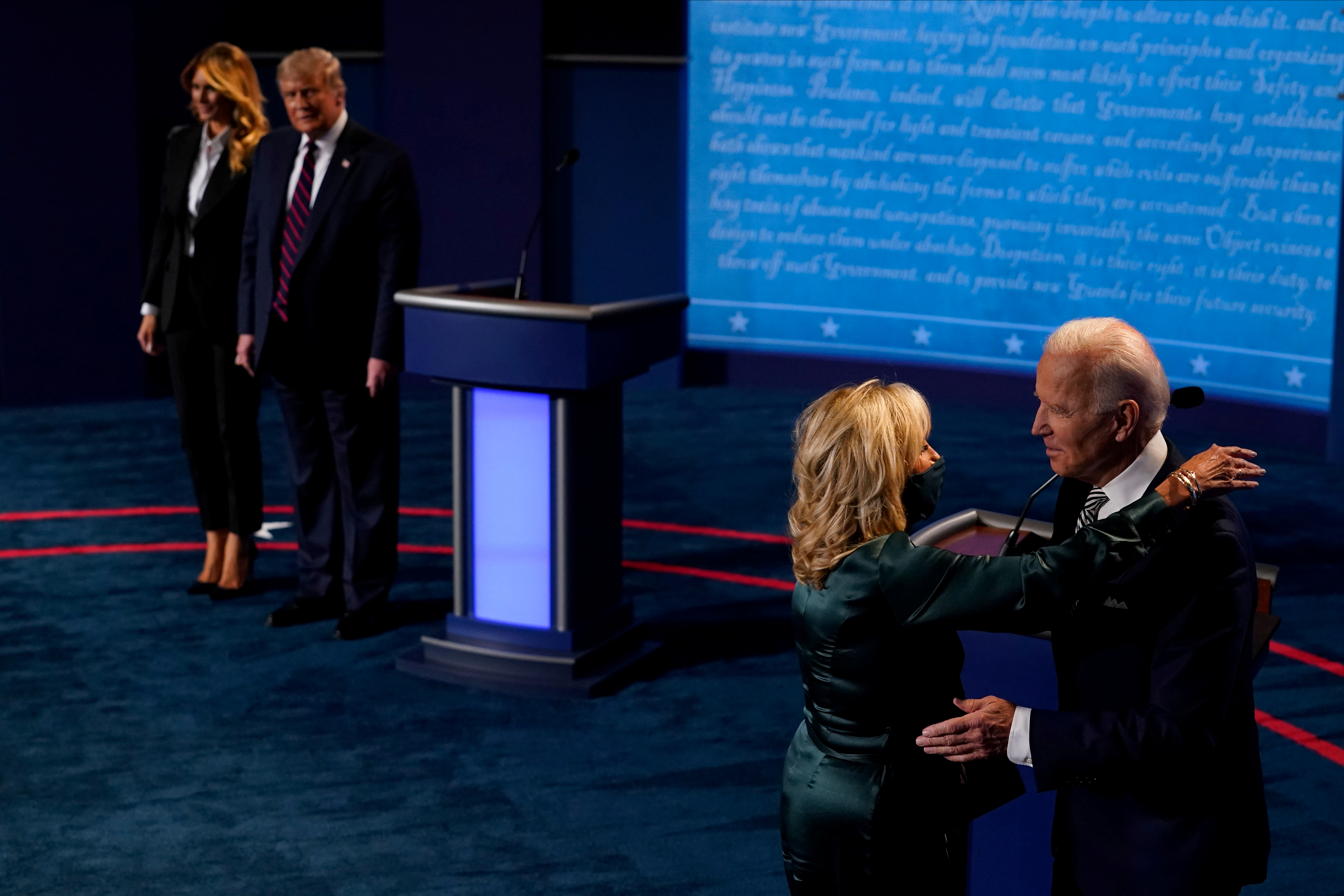 It fell short, however, of the 84million who watched the first debate between Trump and Hillary Clinton in 2016 – the most-watched presidential debate ever.

The next presidential debate is scheduled to take place on October 15 in Miami, Florida.

C-SPAN’s Steve Scully will moderate the event, which will be a format similar to a town hall, where Biden and Trump will be asked questions on various topics by undecided South Florida voters.

Be, Could, cut, Mic, Trump's
Celebrities