Home » World News » Truss: Vladimir Putin is a vile dictator and must be put on trial for war crimes

Truss: Vladimir Putin is a vile dictator and must be put on trial for war crimes 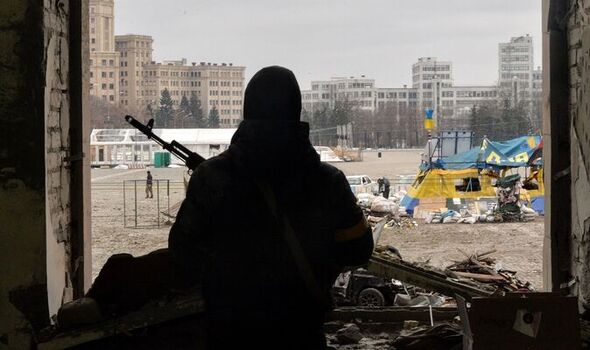 As the world has watched with horror as Russia has started to obliterate Ukrainian cities and target civilians with weapons like cluster bombs, the Foreign Secretary said the Russian “dictator” has a case to answer at the International Criminal Court (ICC) for war crimes In an interview with the Sunday Express, the Foreign Secretary said that the UK being one of 38 countries to refer Putin to the International Crimea Court for war crimes was a sign that the West believes “enough is enough.”

“Some of the weapons, whether it is the thermobaric weapons, whether it is the cluster bombs, some of the appalling things we are seeing Ukraine, those of course need to be assessed by the ICC but I firmly believe there is a case there that crimes against humanity are being committed and we should pursue that with the full force of the law with our international partners.

“We are seeing Putin get worse and worse. What I think you have seen is a Europe, America, the world has said ‘enough is enough’.”

Asked if people should fear Putin, Ms Truss said: “We have seen very reckless actions. Horrendous actions taking place in Ukraine, and he clearly is prepared to go to extreme lengths to achieve his goals.

“This is why is so important that we stop him and that we support the Ukrainians to defend their own country. We cut off the support for Putin by debilitating the Russian economy.

“The sanctions have had a massive effect already. You can see that in the Russian stock exchange which has been closed a week, in the fall of the Ruble, in the companies now divesting from Russia. This is having a huge impact.”

Many would like Putin to face trial for other crimes other than the ones in Ukraine.

He has been behind two assassinations in the UK of former agent Sergei Skripal in Salisbury whose daughter Yulia was aattacked, and also the poisoning of Alexander Litvinenko in london in 2006.

A coroner also ruled that former Aeroflot director and Russian exile Nikolai Glushkov was unlawfully killed after he was strangled at home in an attack linked to the Russian President.