ELAZIG, Turkey (Reuters) – A woman and her young child were pulled out alive from under a collapsed building before Turkey began winding down its rescue operation on Sunday following an earthquake that killed at least 38 people. 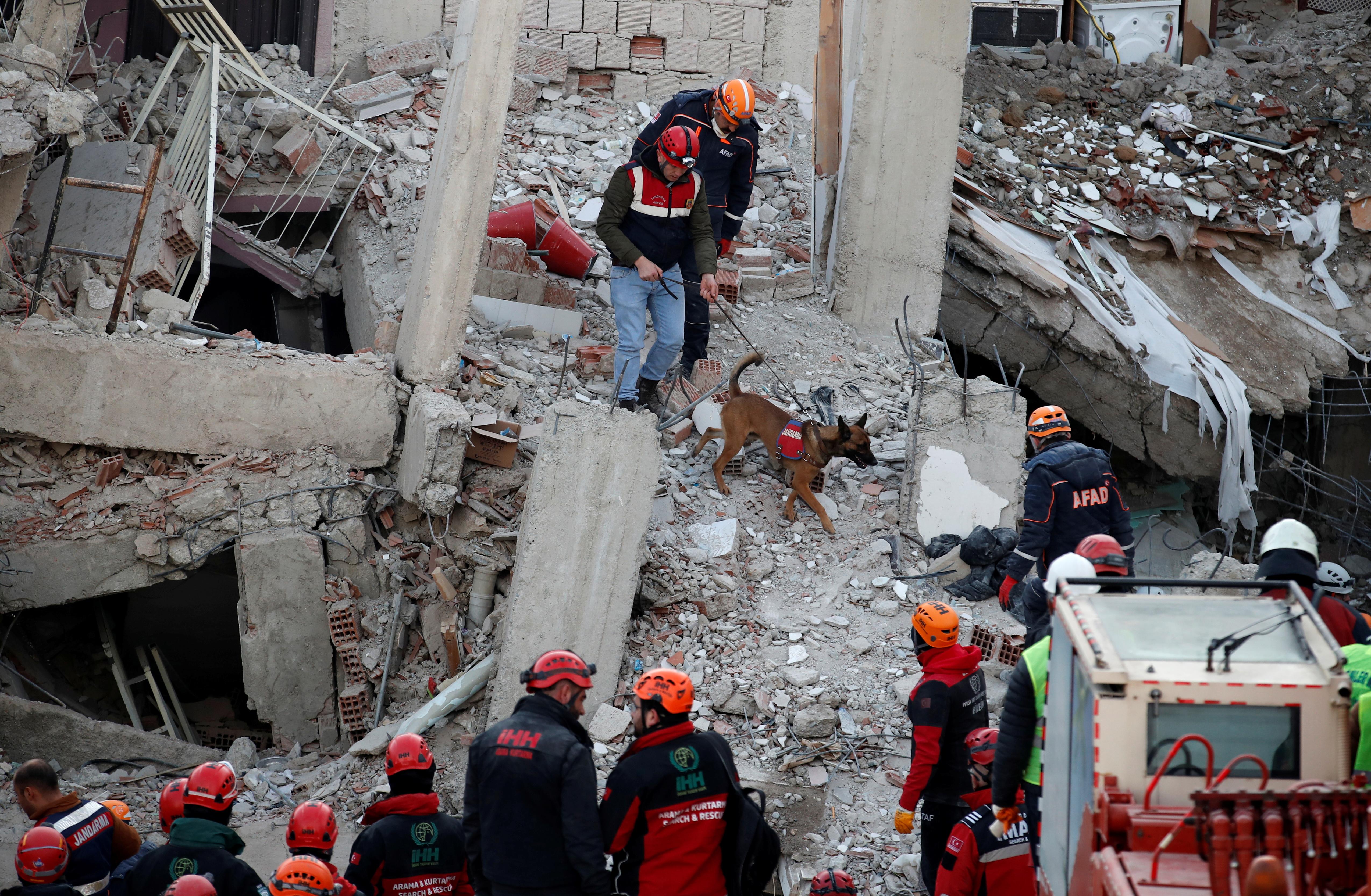 The magnitude 6.8 quake struck in eastern Turkey on Friday evening, killing 34 people in Elazig province and four in the neighboring province of Malatya. More than 1,600 others were hurt, Turkey’s AFAD disaster authority said.

Rescue operations had largely been concluded by late Sunday but rescuers were still searching for three people in Elazig, about 550 km (340 miles) east of Ankara, Interior Minister Suleyman Soylu said.

“We are still hopeful, we haven’t lost hope,” he told broadcaster CNN Turk.

Those rescued included a 35-year-old woman and her infant daughter in the Mustafa Pasa district of Elazig. Rescuers who heard their screams took several hours to reach them in temperatures as low as -4 C (24.8°F), state media said

“Can you hear me?” television footage showed a rescuer calling to the mother. “We are coming. We will save you”.

“Please get me out, I cannot stand it anymore. Get my daughter, I am nothing without my kid,” she replied before being safely lifted out on a crane.

The woman’s husband was among those killed.

In a nearby neighborhood, rescue workers stood on mountains of debris where the quake had split an apartment building in half. They dug through using buckets, blowing whistles when they needed silence to listen for trapped people.

Rescue teams supported by thousands of emergency workers from other provinces and by hundreds of volunteers had pulled 45 people from under the rubble since the quake, Turkey’s AFAD disaster authority said.

Speaking on Saturday during a visit to Elazig and Malatya, President Tayyip Erdogan said steel-framed houses would rapidly be built for the displaced residents. On Sunday, he said new and permanent houses would also be provided soon.

“We do not have the luxury of being slow. We cannot be late and we will not allow any delays,” he said.

AFAD said 1,521 buildings had been damaged, including 645 heavily damaged and 76 collapsed structures. In a statement, it said it had transferred 3 million lira in emergency aid to each of the municipalities in Elazig and Malatya. It warned residents not to enter damaged buildings because of the danger of collapse and further aftershocks. Of which it said there had been 844.

Soylu said those affected by the quake would start receiving financial support from Monday, with 400 housing units to be set aside for displaced residents as soon as possible.

Turkey has a history of powerful earthquakes. More than 17,000 people were killed in August 1999 when a 7.6 magnitude quake struck Izmit, a city southeast of Istanbul. In 2011, a quake in the eastern city of Van killed more than 500.