Turn your radiators down! Lower your boiler flow temperature, turn off appliances, and draught-proof the windows… The latest advice to families in new energy saving campaign

Households will be told to turn down their boilers and radiators in a new campaign to save energy.

They will be advised to lower their boiler flow temperature to 60C (140F) to save £100 a year and to turn down radiators in rooms that are not being used.

Consumers will also be told to turn off appliances when not in use and to draught-proof their windows and doors by putting blankets under them.

The £20million advertising campaign, which is being launched this weekend, is masterminded by the Department for Business, Energy and Industrial Strategy.

It will feature adverts including posters on buses, TV commercials and radio broadcasts with the message ‘It All Adds Up’ in a bid to change consumer behaviour. 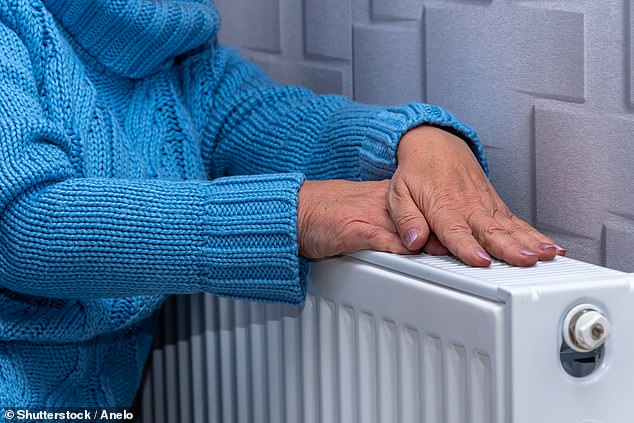 The department hopes that reducing energy usage will save both the taxpayer and the Government, which is subsidising bills this winter, more than enough to cover the cost of the campaign.

It will also use traditional media including the consumer magazine Which? as well as social media, where celebrities could be drafted in to share their own messages

The approach, approved by Rishi Sunak, is different from that of Liz Truss, who vetoed a similar publicity campaign as ‘nannying’ during her brief time in No10.

Former business secretary Jacob Rees-Mogg drew up plans to help save households £300 a year through energy-saving advice, but Miss Truss deemed this too interventionist and blocked it.

The new campaign comes as the Government considers proposals that would require all new boilers sold from 2026 to be able to burn hydrogen as well as gas.

Ministers are also consulting on moves to set higher efficiency standards for new gas boilers to help households save on energy bills by cutting the use of expensive fossil fuels.

Hydrogen is a greener alternative as it generates only water vapour when burnt as a fuel, but the entire gas pipe network would need upgrading to deliver it.

A recent review of more than two dozen independent studies also found hydrogen is less economic and efficient for domestic use compared with alternatives such as heat pumps and solar thermal panels.