An Australian couple has been caught up in the chaos of the military coup in Myanmar and placed under house arrest in the main city Yangon after being denied permission to fly out.

Matthew O’Kane and Christa Avery, a Canadian-Australian, who run a business consulting firm for project development in the troubled south-east Asian nation, are receiving consular assistance from Australia’s Department of Foreign Affairs and Trade.

They were told to return to their home to Yangon after Avery tried to board a relief flight back to Australia last Friday but was blocked by authorities. 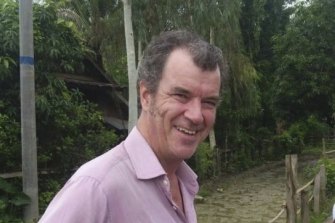 It was not apparent why she was not allowed to leave the country but a friend of hers said she knew Sean Turnell, the Australian economist to advisor to detained civilian leader Aung San Suu Kyi who has been held by security forces in Myanmar since February 6.

“They do know each other,” said Tim Harcourt, an economist at UNSW who is also friends with Turnell.

“She’s in a group of Aussies that have gone over there and tried to help with the development of Myanmar after it went back to democracy, temporarily as it turned out. 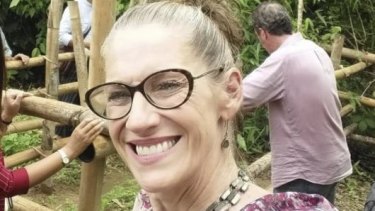 “Like Sean, she is someone who had her heart in the right place. She’s not a threat to any regime, she’s just trying to help the Burmese people.“

Harcourt said Avery was an active corporate member of the Sydney Swans when she lived in Sydney and worked at global accounting giant KPMG.

The detention of two more Australians comes as Australian officials in Yangon continue to try and secure the release of Turnell, who the military claimed on state television a fortnight ago had attempted to flee Myanmar with “secret state financial information”.

Friends of the Myanmar banking system expert have rubbished those allegations but Turnell remains in custody in an undisclosed location without formally being charged. 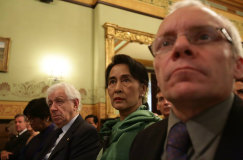 Australia on March 7 suspended a military cooperation program with Myanmar but has not announced additional sanctions since the February 1 coup.

On the weekend, Australia was absent from a statement condemning the junta’s violence against protesters that was signed by ambassadors from the European Union, Denmark, Czech Republic, Finland, France, Germany, Italy, the Netherlands, Spain, Sweden, the United Kingdom and the United States.

At least 247 people have been killed during the military’s crackdown against pro-democracy demonstrators, with two more dying on Sunday, while 2345 have been arrested or charged, according to the Assistance Association for Political Prisoners monitoring group.

On Sunday, Reuters reported one man was shot dead and several were wounded when police opened fire on a group setting up a barricade in the central town of Monywa.

Another person died when security forces opened fire on protesters in Mandalay, the country’s second biggest city, according to the Myanmar Now news site.