Residents in the village of Lambley have been told to stay indoors.

Notts Fire and Rescue Service tweeted: “Anyone in the area [Lambley] should avoid attempting to pass through water either on foot or in a vehicle.

“Many roads are affected and we remain on scene assisting with the flooding.”

Local Andrew Bray told Nottinghamshire Live: “You could not walk down there, they had to tie rope to the car. It was here. I saw the fire engine at the bottom. 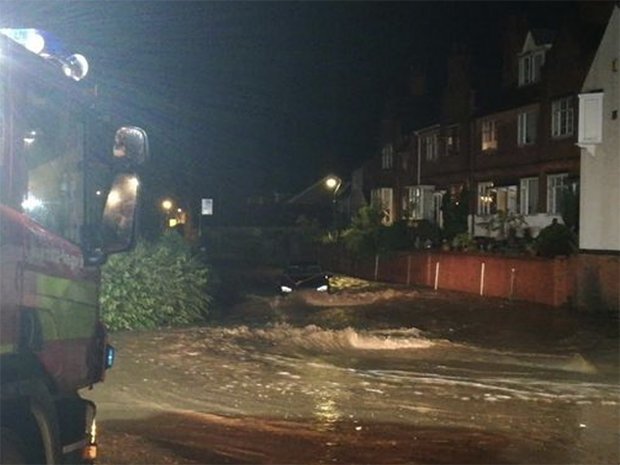 “I thought the fire service were pretty good. They knew what they were doing and had it under control. There were police cars here. I have only lived here a year – we have not seen it this bad.

“There’s people down the road (whose) houses have been flooded. We are lucky we are on high ground. I am glad we are not one of the ones suffered by flooding.”

Rain is forecast until around 11am this morning and temperatures will reach a high of 13C in Notts.

The Met Office earlier issued a yellow warning for rain in the area until midnight on Wednesday.

It said in a statement: “There is a small chance that homes and businesses could be flooded, causing damage to some buildings. 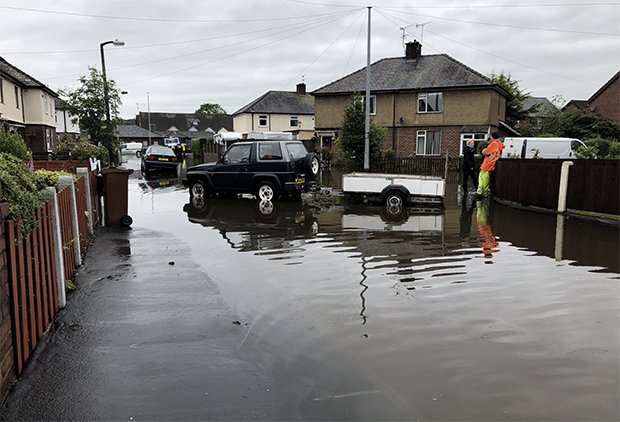 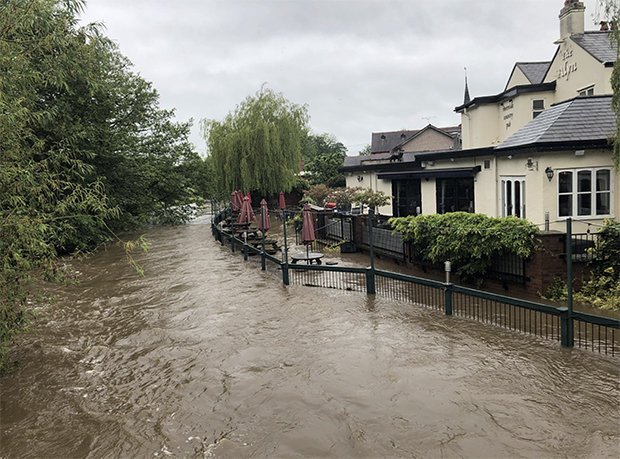 “We have not seen it this bad”

“Where flooding occurs, there is a slight chance of delays or cancellations to train and bus services.

“Spray and flooding could lead to difficult driving conditions and some road closures.

“There is a small chance that some communities become cut off by flooded roads.”

In Birmingham, three people had to be rescued from a car stuck in a ford near Sutton Coldfield last night.