Low pressure is sweeping across the UK from the Atlantic this weekend, bring stormy weather with it. But next week will see warmer temperatures, according to the latest hot weather maps from Net Weather. On Wednesday. South East London and even as far north as North Yorkshire will be hit with 21C.

The following day on Thursday will also see Hull and Peterborough experience 21C.

Nick Finnis at Netweather said: “Temperatures edging up though through the week, reaching the low twenties in the south.”

But before that, Sunday will be battered by a few showers.

Mr Finnis said: “Just the odd light shower perhaps near coasts. With winds easing, it will feel a little warmer than Saturday too. 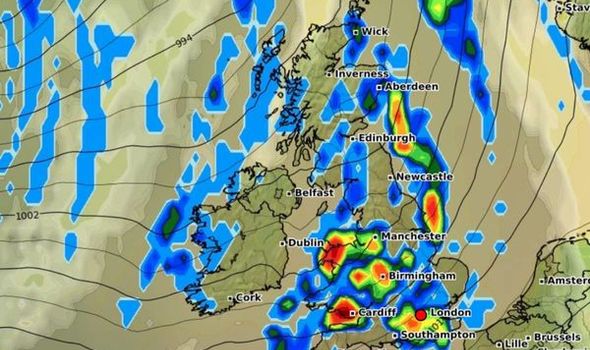 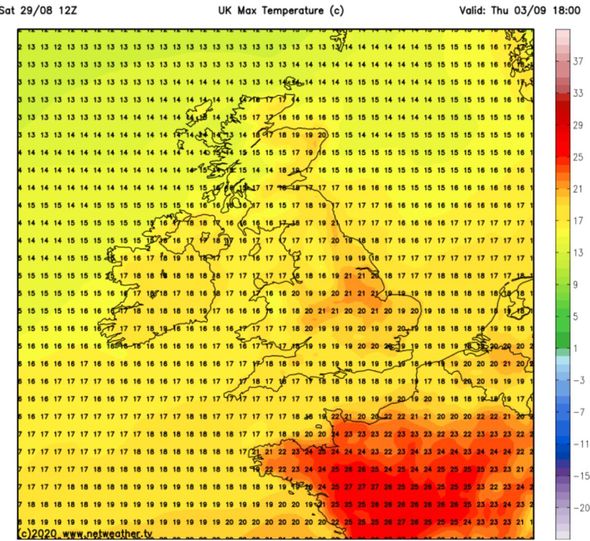 “Some those camping be prepared to wrap up warm Sunday night!

“But with high pressure in control, a generally dry and fine Monday, with sunny spells.

“With light winds, feeling a little warmer than the weekend too. Particularly in the southeast.” 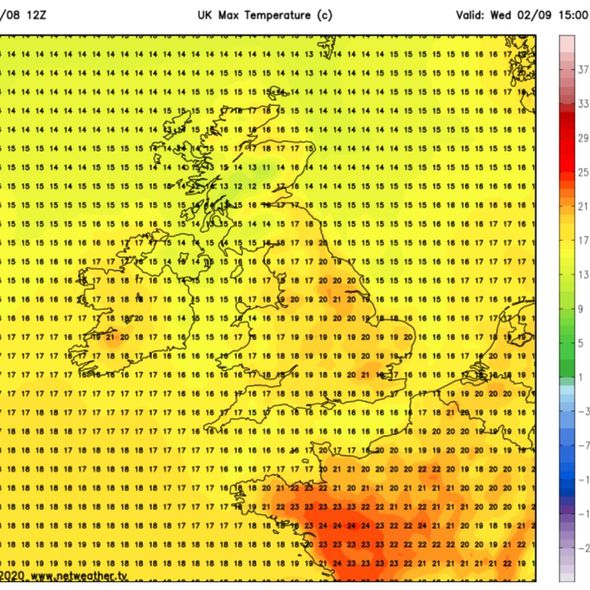 He added: “After a bright start in the east, an occluded front will move east on Tuesday, bringing cloudier skies, along with a spell of rain across northern and western areas in the morning, rain lighter and more patchy or showery as it reaches the east of England later.

“Further cloud and rain look likely for northern and western areas on Wednesday along with strengthening southwesterly winds.

“Drier and brighter in the south and east. Cloud and patchy rain eventually sliding southeast over southern areas Thursday, brighter but with showers further north.

“Cloudy with perhaps further rain returning across the south on Friday, but brighter in the north.” 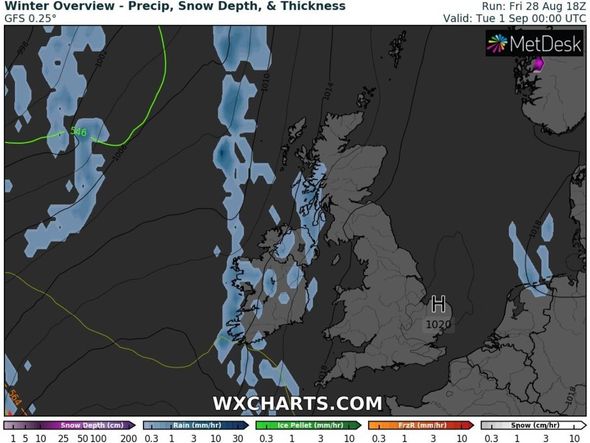 The Met Office has forecast “heavy showers” in the southeast today.

The latest forecast on its website said: “Scattered showers along a few coastlines, perhaps heavy in the far southeast at first.

“However the vast majority of the country seeing dry weather with sunshine at times.

“Less windy so feeling pleasant enough by the afternoon. The forecast added that winds and rain will linger as the week progresses, despite temperatures still soaring to 21C. 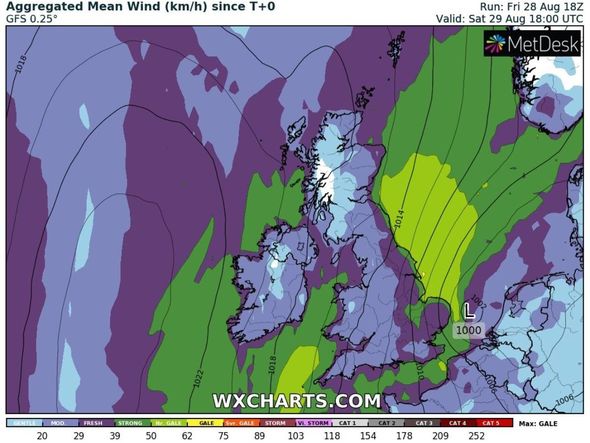 The Met Office said: “Apart from an odd shower near coasts, mainly in the southeast, a continuation of fine weather with some decent sunshine.

“Outlook for Tuesday to Thursday. increasingly unsettled through midweek with outbreaks of rain across the northwest on Tuesday.