UK long-range weather forecast: No end in sight for rain in October

UK weather has turned noticeably sour recently as a band of persistent rain has settled over the country for more than a week. Both the Met Office and Environment Agency have issued successive warnings for heavy rain and flooding, with inches of water tipped on the surface within 24 hours. According to the Met Office, the UK may not shake off the miserable conditions for another month.

The Met Office released two weather warnings for the UK today, with one amber and one yellow alert in place for the east coast.

Rain clouds are expected to pour out another 40mm (1.5 inches) in Norwich and its surrounding areas.

Here, forecasters extended a warning until 5pm that fast-flowing, deep floodwater could cause a “danger to life” and buildings could be damaged.

The Met Office has placed an additional yellow warning for rain over a larger area, extending from Colchester to Skegness in the east. 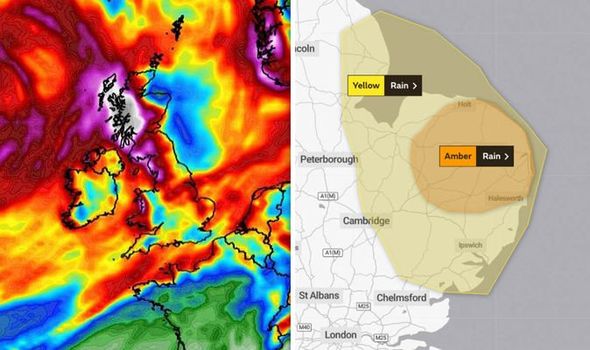 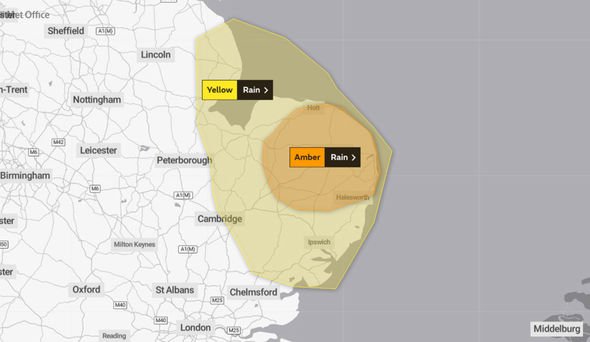 While there are no incoming warnings for heavy rain this week, the latest long-range forecast from the Met Office predicts “unsettled” weather could last into November.

The forecast reads: “Changeable conditions could well dominate through the end of October and into the start of November, bringing further bouts of wet and windy weather.

“Some drier and brighter spells are likely, though these may be short-lived.

“Temperatures will probably be around average for the time of year, though in those drier spells, overnight frost and fog will become more widespread.” 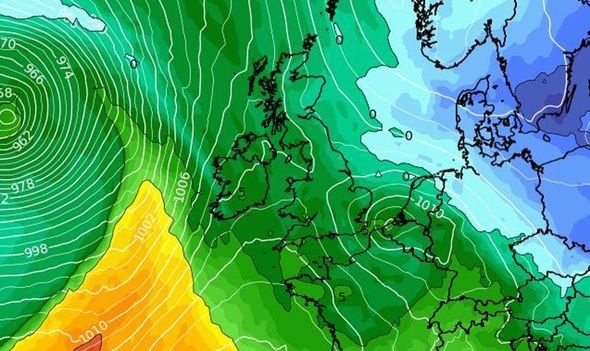 “At the end of the period, the northwest is likely to stay on the wet and windy side, with a greater chance of drier and brighter weather in the southeast, though there is low confidence this far in advance.”

Bookmakers have caught on to the gloomy predictions, and recently cut odds for this October being the wettest on record.

Bookmakers Coral now have 1-4 odds October would be the wettest in history.

Harry Aitkenhead of Coral said: ”This month is now well and truly odds on to be the wettest October since records began and if the forecasts ring true then we are set for a very wet few weeks indeed.” 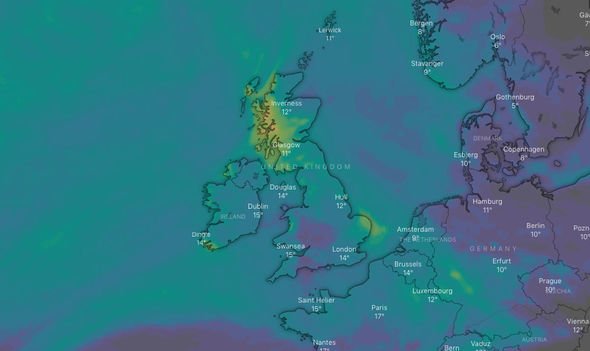 These are the current weather odds from Coral:

– White Christmas anywhere in the UK: 6-4