Magnet fishers reunite US airman’s family with military dog tag he lost 4,000 miles away in Britain in the 1950s

Detective magnet fishers who found a 1950s military ‘dog tag’ in a Midlands river have traced the airman’s family and reunited them with the keepsake from 4,000 miles across the Atlantic.

The metal identification tag was discovered by Black Country-based Peaky Dippers in the River Soar, Leicestershire.

Their sleuthing, which included searching through records and databases along with extensive online and email enquiries between Britain and the US, led to a family in Illinois. 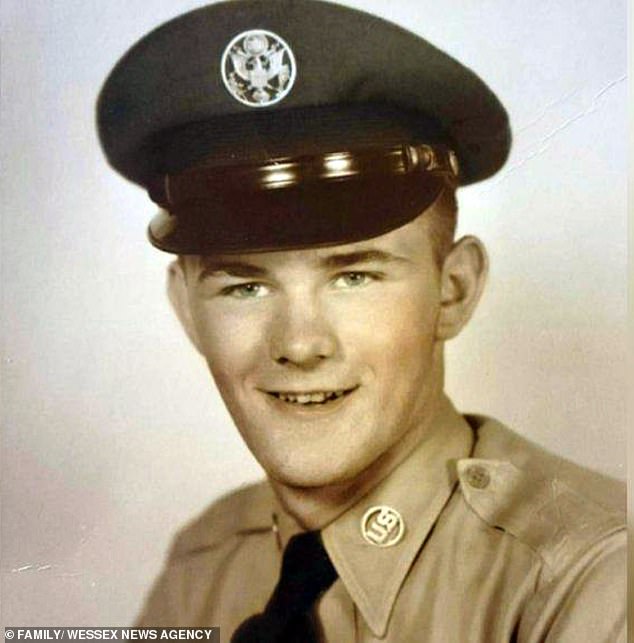 The ‘Dippers’ found that the dog tag belonged to Robert M Luetgert (pictured), who served in the American Air Force in the 1950s

The ‘Dippers’ found it belonged to Robert M Luetgert, who served in the American Air Force in the 1950s.

‘It’s one of the best finds we’ve made,’ said Marie Collins, from the group.

She said they contacted his family via social media and but admitted ‘we never dreamt we would hear anything back.’

Ms Collins said she had ‘goosebumps’ when she received a reply from Mr Luetgert’s granddaughter in the United States.

The granddaughter was ‘shocked and blown away’ by the discovery.

She sent Ms Collins documentation and photographs showing that Robert Luetgert had been based at RAF Burtonwood in Cheshire in 1956 and returned home to the US a year and three months later.

Ms Collins said: ‘The soldiers used to wear two dog tags, so one could be sent back to the family and the other remaining with the body in case they lost their lives.’

The tag that the ‘Dippers’ found in the River Soar has now been sent to the family. And Mr Luetgert’s widow has the second dog tag in the US. 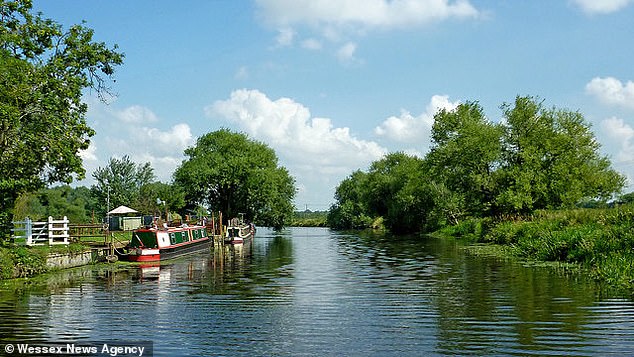 The metal identification tag was discovered by Black Country-based Peaky Dippers in the River Soar, Leicestershire

Ms Collins said they will probably never know how the tag ended up in Leicestershire when Mr Luetgert was based in Cheshire, some 80 miles away.

‘It may have been fast-flowing water carrying it down the river’ she speculated.

By the end of the war, the base was home to 18,000 American servicemen.

It was closed in 1994 and the site sold for redevelopment, including Omega Business Park and junction 8 of the M62 motorway.