BRITS have been ordered not to travel "under ANY circumstances" as 90mph Storm Arwen brings blizzards.

A rare red alert has been slapped along a stretch of Britain's north-east coast – where buildings are at risk of collapse under the strain of heavy coastal gales. 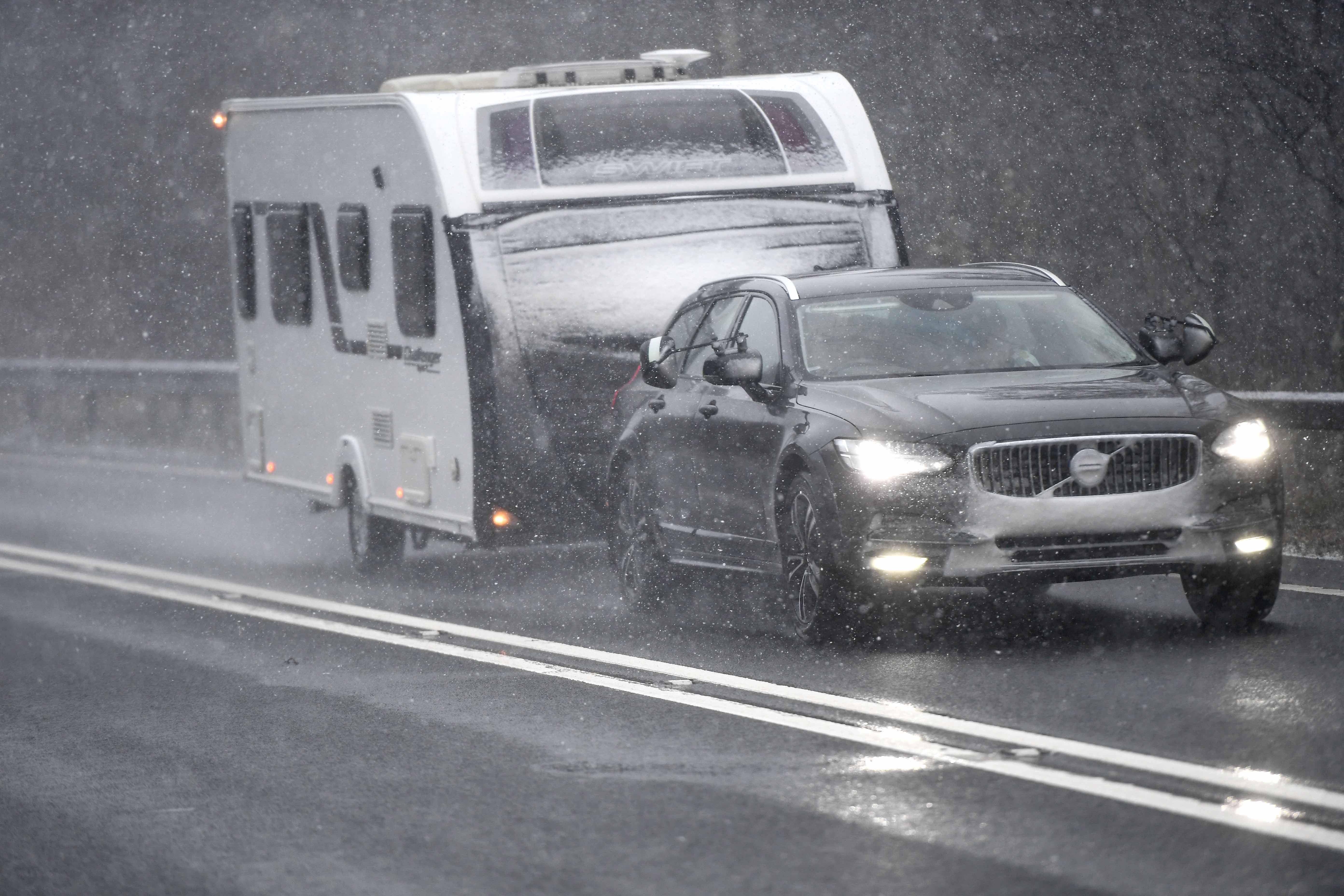 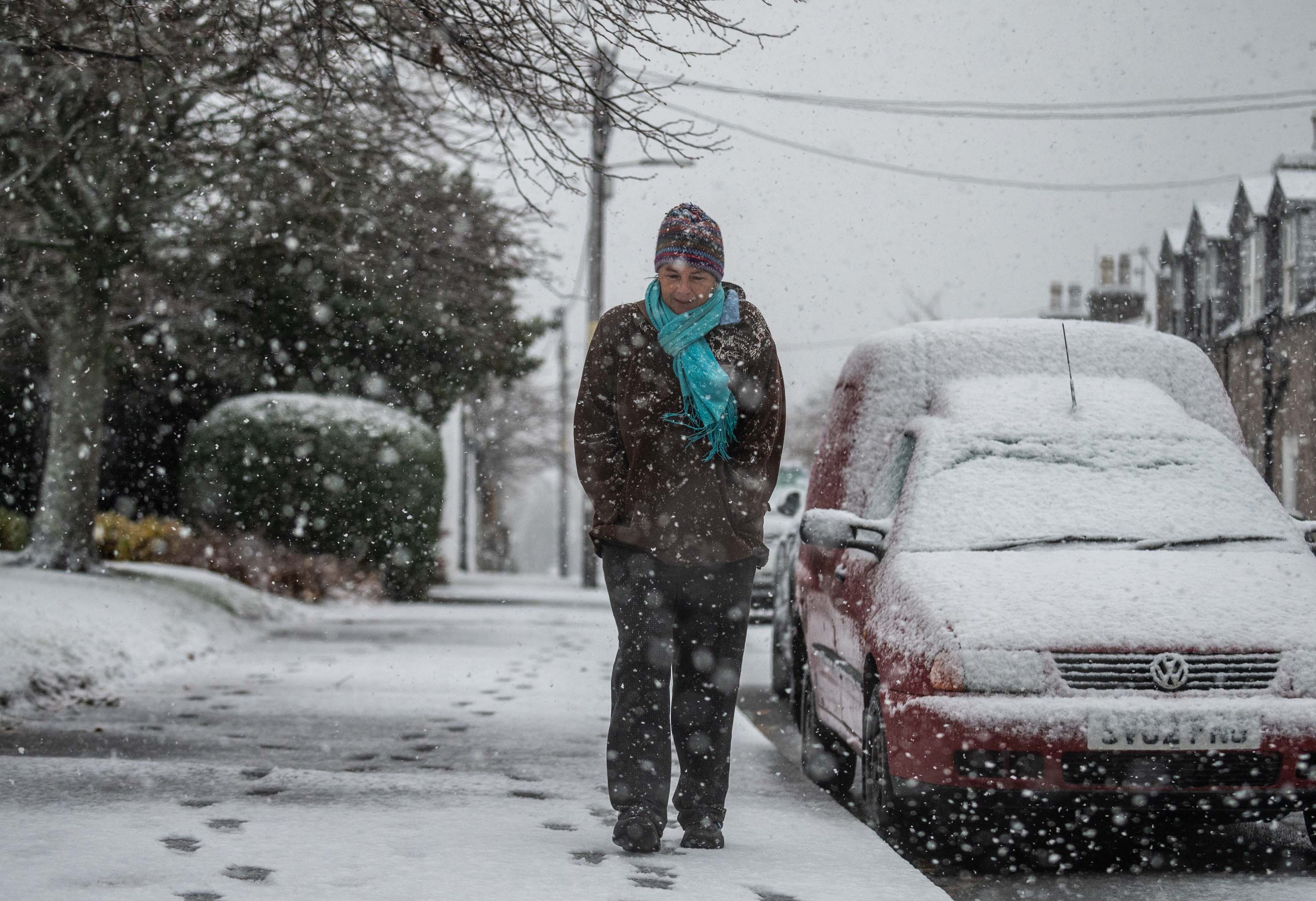 Now, the Scottish Government has ordered motorists to stay OFF the roads because of a "potential risk to life" in the terrible storm.

The move has sparked a rush to get home, as rural communities fear they will be cut off all together in the upcoming gales.

Deputy First Minister John Swinney said: "The decision by the Met Office to issue a rare red weather warning for strong winds signals a potentially damaging and dangerous risk to life in some areas of Scotland.

"People in these affected areas should not travel under any circumstances, including motorists.

"Yellow and amber weather warnings also remain in place for a number of areas and people should continue to exercise extreme caution and plan any necessary journeys in advance as there is disruption to transport services.

"The Scottish Government is in close contact with local authorities and the emergency services to ensure people in the affected areas receive the latest information, advice and support where needed."

The red weather warning will be in place for all coastal areas within Angus, Dundee, Fife, Aberdeen, Aberdeenshire, East Lothian and the Scottish Borders.

This warning is in place from 3pm on Friday until 2am on Saturday.

Meanwhile, train operatorLondon North Eastern Railway has issued a "do not travel" alert to customers as its services will be "significantly disrupted due to severe weather" until Sunday.

The firm runs trains on the East Coast Main Line between London and Scotland, calling at stations including Leeds, York, Newcastle, Edinburgh and Aberdeen.

Network Rail will close the East Coast route north of Berwick-upon-Tweed, Northumberland, from 5pm on Friday.

Passengers are being warned further closures could be imposed elsewhere on the route.

Warrick Dent, LNER safety and operations director, said: "We are encouraging our customers with tickets dated for today, November 26, and this coming weekend to defer their travel arrangements where possible.

"We expect services to be extremely busy throughout the weekend and advise customers to check our website and social channels for the latest information."

It comes as early snowfall brings congestion levels soaring by almost a THIRD – with the weather only set to get worse.

Real-time traffic data shows roads in wind-struck areas are already seeing more than 100 miles of tailbacks – up to 27 per cent more traffic than usual.

And the weather is only set to worsen, as the UK braces for a "little ice age" bringing the mercury plummeting as low as -11C amid "prolonged periods of snowfall" in England and Wales later this month.

In Edinburgh, the congestion level has already hit 79 per cent – up 28 per cent on the usual figures seen at this time of day.

A total of 112 traffic jams have so far been reported in the Scottish city, stretching back a whopping 42miles.

Meanwhile in Newcastle, the congestion level has hit 51 per cent, up 18 per cent on average, with 69 miles-worth of tailbacks. 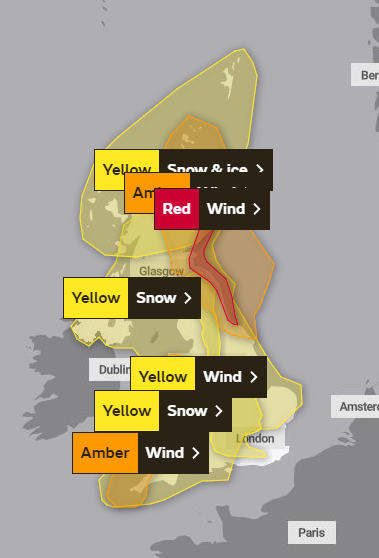 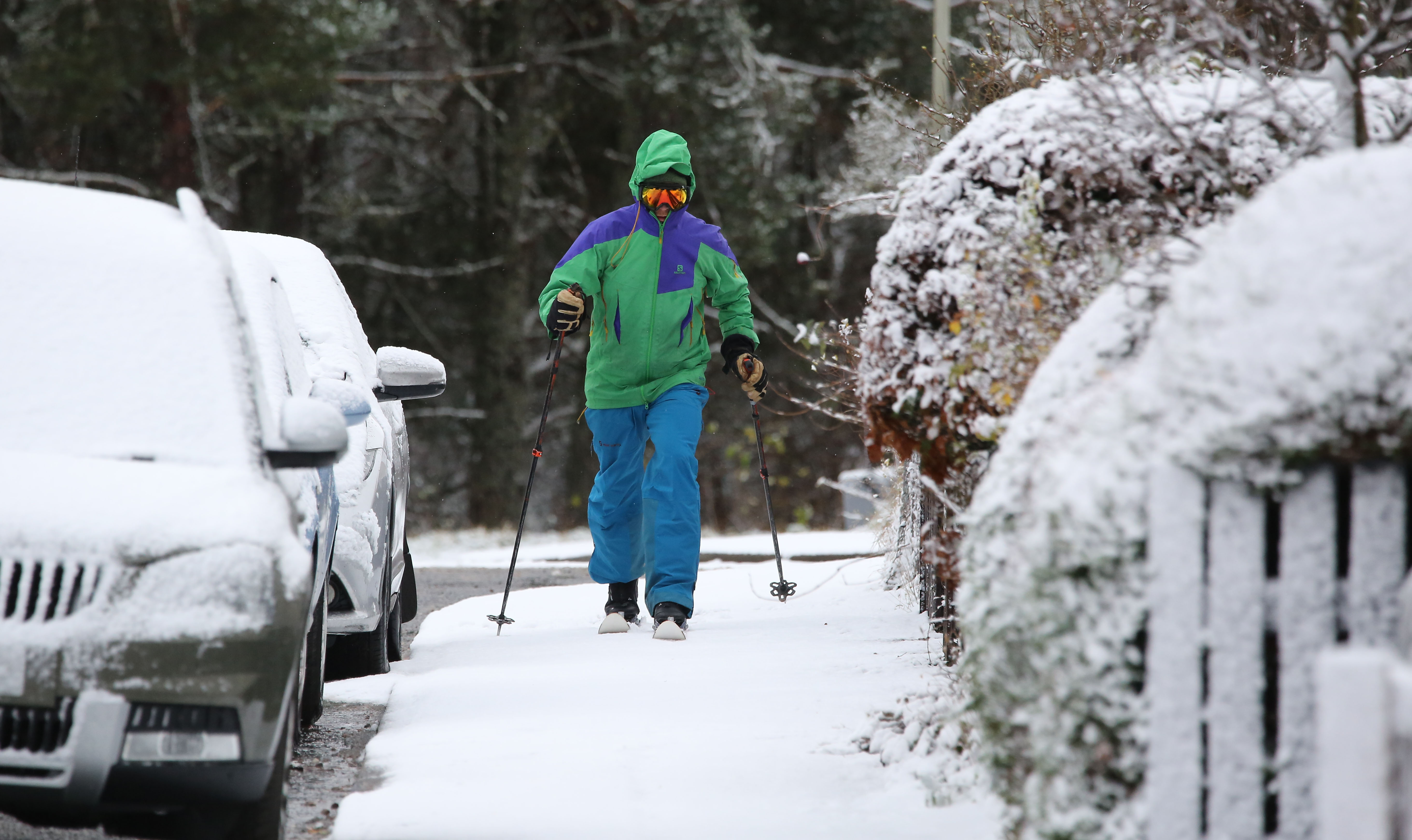