A freezing Arctic cold front has been forecast to push towards the UK as low pressure is expected to form over Scandinavia during November. The latest snow risk maps from NetWeather show a 100 percent chance of snow over a five day period between Wednesday, November 18 to Sunday 22. Areas affected are likely to be central Scotland, with frostier conditions potentially sweeping towards the north west.

The maps show the cold front pushing down the UK as swirls of green and red wind head over from a northern direction.

The forecasts also suggest temperatures could plunge to freezing lows of 0C in central and western Scotland during this period in November.

Northern regions including Newcastle and Liverpool could shiver with single figures of 3C.

And southern areas including London and Dorset could also shiver with lows of 4C. 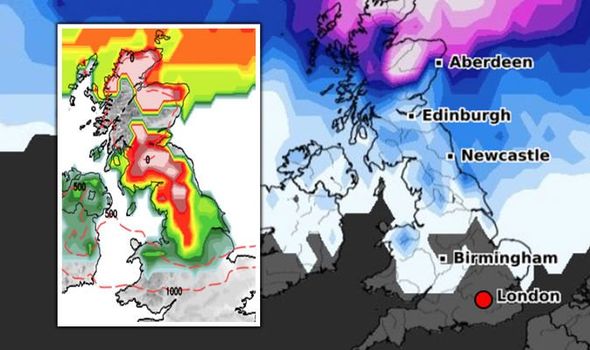 The BBC’s long-range forecast between Saturday, November 14 and Sunday, November 22, warned wintry showers could hit the UK next week.

The forecast said: “Wet weather will especially affect the north and west, heavy and prolonged for a time, but this will clear the UK late on Wednesday.

“A change by Friday, as winds swing into the north-west.

“Colder air moving in for a couple of days, so the threat of some frost in the north and some wintry showers. 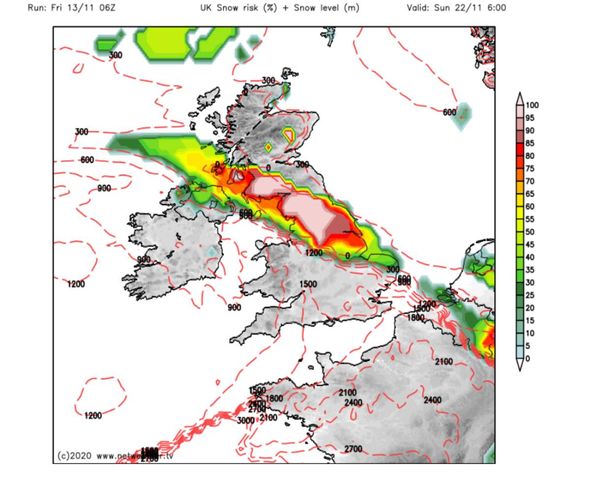 “More wet weather will sweep east across England and Wales on 21 and 22.”

The Met Office added unsettled weather over the next week may bring heavy showers before colder conditions arrive.

The forecast between Thursday, November 19 and Saturday, November 28, said: “Unsettled weather by Wednesday bringing outbreaks of rain, heavy at times, for the North and the northwestern parts of the country.

“During the rest of the week unsettled conditions continue with spells of rain followed by brighter, showery interludes. 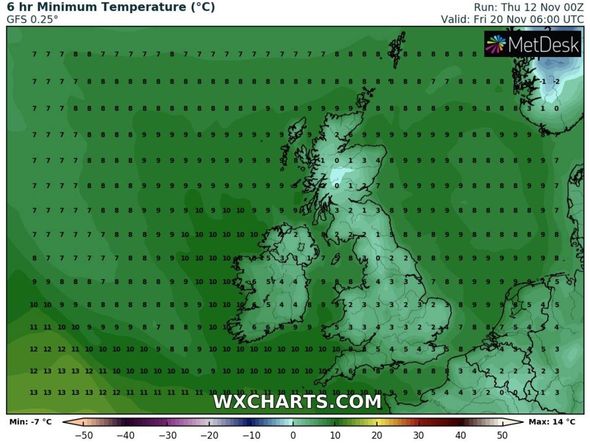 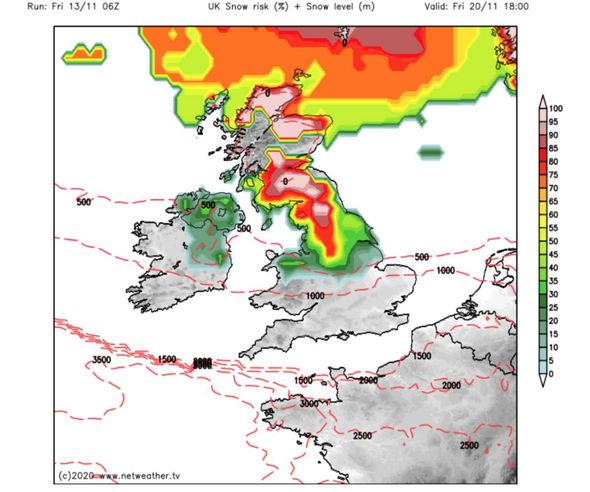 “In the northwest, rain, strong winds and gales at times. During late November more settled conditions may establish in central and southeastern areas where it will be mainly dry and sometimes bright.

“Temperatures look to be mild on Wednesday, but they are likely to return to near the seasonal average by the end of next week, with an increased risk of overnight frosts.

“There is a chance that drier brighter conditions may extend UK-wide at times. Although uncertain, temperatures are looking to become colder by the end of this period.”

The long-range forecast on NetWeather between Monday, November 30 to Tuesday, December 8, predicted wintry weather to linger until next month. 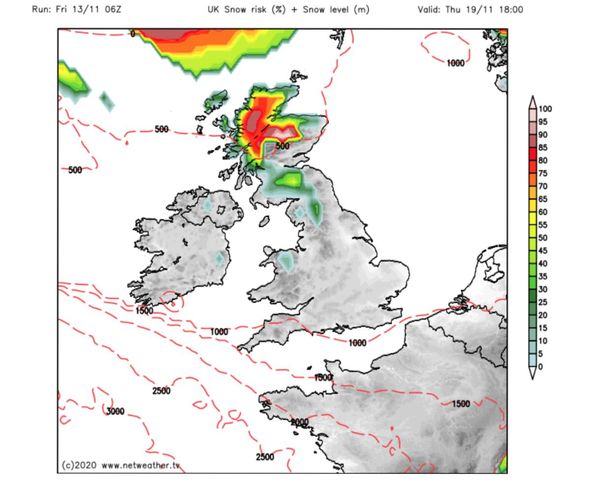 The forecast said: “With pressure falling over Scandinavia there is potential for one or two short-lived northerly blasts during this period.

“But a prolonged spell of northerly winds looks unlikely.

“Otherwise we can expect a continued pattern of westerly winds in the north and high pressure in the south, but with the westerlies tending to take hold more generally towards the end of this period. 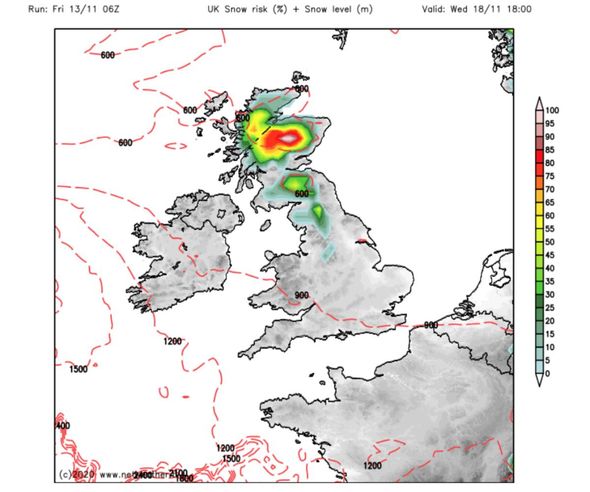 “But staying below normal in most other parts of the country.

“Sunshine totals are somewhat uncertain and dependent on the extent of any outbreaks of polar air, which would bring clearer conditions.”