Home » World News » UK weather: Britain days away from ‘super-heatwave’ amid warnings of another 40C blast

UK weather: Britain days away from ‘super-heatwave’ amid warnings of another 40C blast 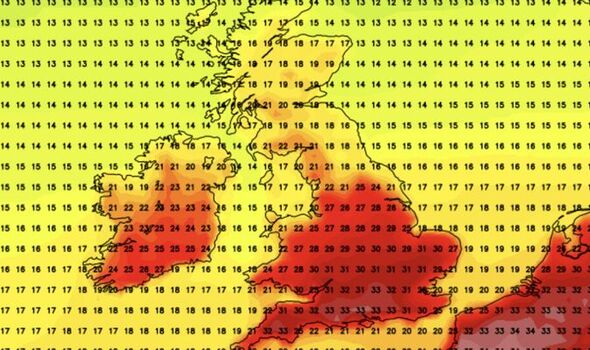 Meteorologists are watching the Azores High as the huge high-pressure system begins once again to stretch across the Atlantic towards Britain. The main driver for the summer heat, it could be about to trigger another major heatwave pushing the mercury in parts back into the mid-30Cs.

Weather models reveal ground temperatures rocketing past 40C in the run up to mid-month, a pattern worryingly apparent ahead of the historic July scorcher.

James Madden, forecaster for Exacta Weather, said: “I expect the return of very high temperatures in the run up to and during the second week of August.

“It will follow a more mixed and slightly cooler period during early August which could bring the chance of rain.

“However, another major heatwave of a similar or longer duration to that seen in July is possible this month, and there could be potential super-heatwave to end the meteorological summer with a bang.”

The mercury will rocket to 31C across southern Britain next week, according to weather models. 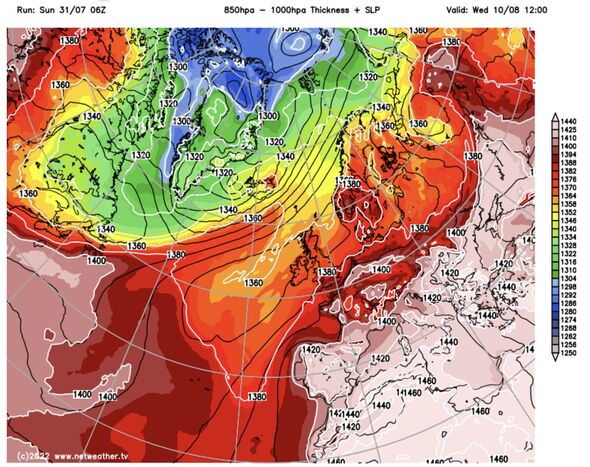 Scotland and northern Britain will reach the mid- to high-20Cs while ground temperatures crank up to 35C.

Around the middle of the month, temperatures in southern regions will be pushing 33C while nudging the high 20Cs further north.

A similar pattern was seen around a week before the historic July heatwave which blazed air temperatures past the 40C-mark.

Some weather models have already suggested a repeat of temperatures which until a fortnight ago were unheard of in the UK. 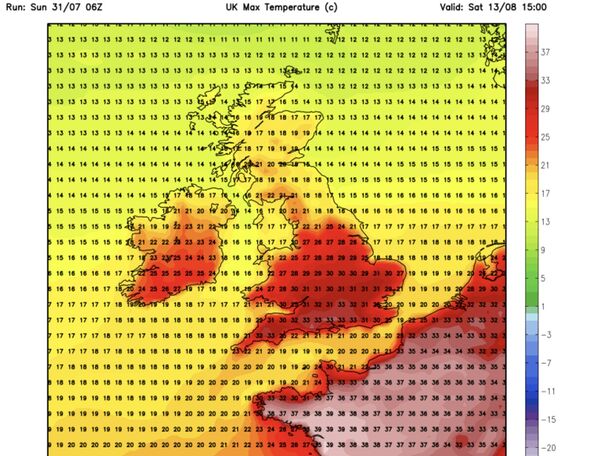 The behaviour of the Azores High and how far it reaches into Britain will decide whether or not Britain should prepare for further dangerous heat.

Jim Dale, meteorologist for British Weather Services, and author of Weather Or Not? said: “We are not going to get another big blast of heat until the Azores High returns to influence our weather.

“This will drag hot air into the UK and when this happens, there is the risk of seeing the very high temperatures we did in July.

“Temperatures are going to rise again through the week reaching the 30Cs ahead of next weekend.

“However, while it is not impossible that we will see a repeat of last month’s temperatures, it is not completely out of the question.”

August will kick off to sunshine and showers today as temperatures rise through the start of the week week.

Thermometers will dip again ahead of the weekend before leaping back towards 30C next week. 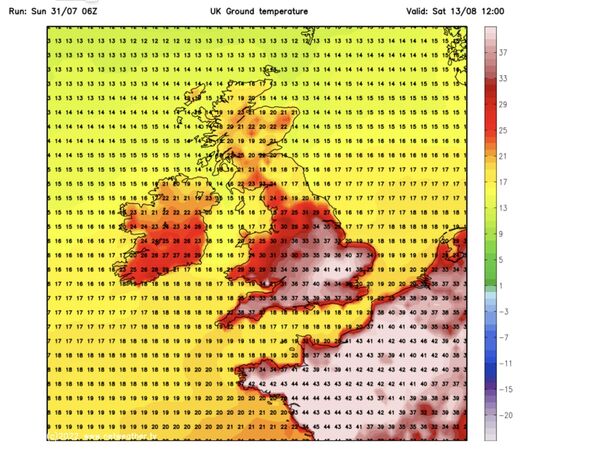 Craig Snell, meteorologist for the Met Office, said: “As we start the first day of August, we will have some sunshine and there will be some showers in the east.

“Cloud and rain may reach the far west into the evening, but for most of the UK it will be a dry and sunny afternoon with temperatures responding in that sunshine, potentially reaching 28C or 29C in the southeast.

“That warm theme will continue in the south as we go into Tuesday before something a little bit fresher begins to move in from the north towards the middle part of the week.”

Weathertrending meteorologist John Hammond warned rain will be in short supply as the drought crisis deepens.

He said: “There will be some rain around especially across northern and western parts but across the baron southeast I am not promising much at all.

“On Monday, there will be some showers across eastern counties, and for most of us it will be a dry and sunny day.

“Rain never reaches east Anglia and the southeast where although it will cloud over there will be mostly dry weather persisting.”