Some places across the UK including London could see temperatures as high as 26 degrees today, the Met Office has said. However, by Thursday this maximum temperature will change drastically, with nowhere in the country expected to be any warmer than around 16 degrees.

Some areas in Britain could even start to see frost forming “widely” on patches of grass towards the weekend, the Met Office warned.

Tomorrow could also mark the beginning of the end for the regular blue skies in many parts of the country as cloud builds up in the North West.

He said: “We lose the warmth, it turns much cooler, and we’ll see a mixture of rain or showers from the second half of the week. 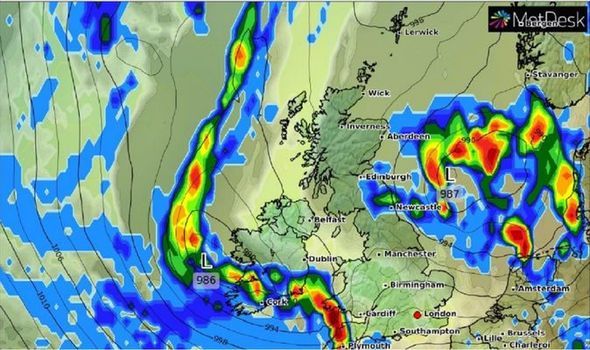 “Additionally, by the weekend some places could experience their first frost of the season.”

Weather maps show the period of warmth at the start of the week is being brought in via the jet stream which is carrying areas of low pressure away from the UK.

This will leave Britain with a high-pressure ridge and the sunshine and high temperatures due today.

Tuesday morning is likely to see some potentially heavy rain in parts of Scotland while cloud builds up in the North West, forecasts show. 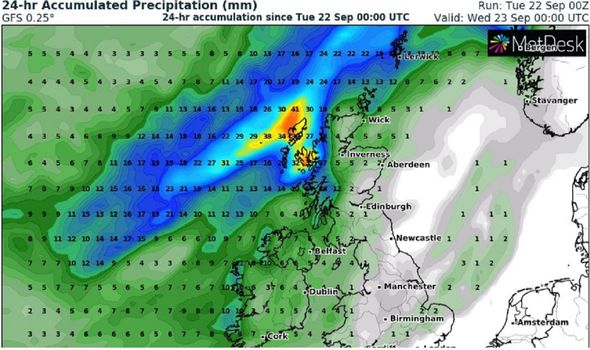 Further south, light wind could lead to foggy conditions to start the day off across parts of central and Southern England.

This is expected to lift in the late morning before temperatures soar throughout the day.

He said: “For the northwest of Scotland, that’s where the persistent wet weather will still be. 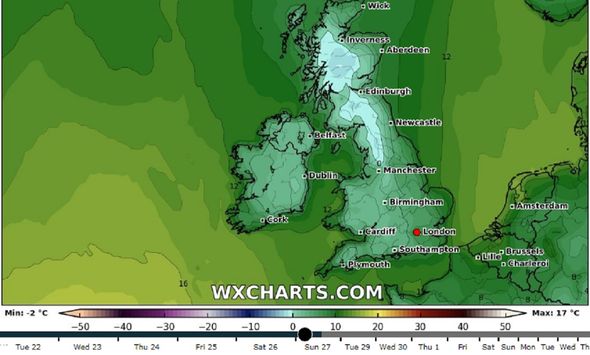 “By Tuesday afternoon, it’s just starting to appear into parts of Northern Ireland as well, and that’s going to make it feel cool with the breeze picking up.

“During Tuesday night we’ll see that wet weather sweep across the rest of Scotland, Northern Ireland, and then push into northern England by around midnight.”

Wednesday day time is predicted to be “dull and damp” for much of the midlands, central southern England and East Anglia. 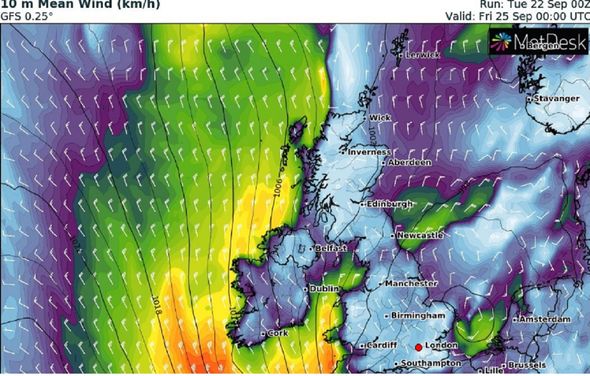 Showers will only worsen as the week goes on, with heavy rains expected on Thursday with the possible exception of Scotland and Northern Ireland.

It is thought the weekend could see a drier day come Saturday, though temperatures are not expected to rise much.

Meanwhile, the BBC’s Kate Kinsella said from Wednesday to Thursday low pressure from the West would be “flinging” towards the British Isles, bringing “some stronger winds, some more rain, and cold fronts.” 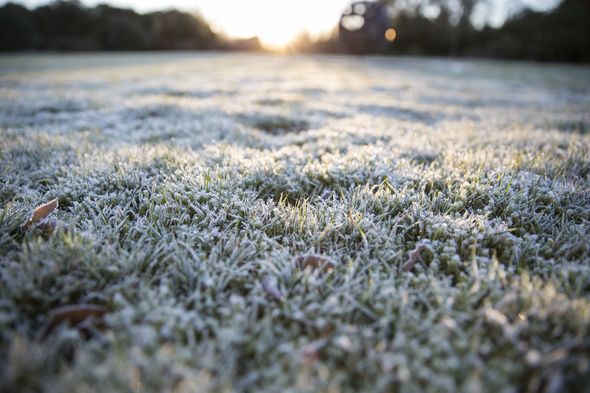 She added: “That indicated that the temperature is actually going to get that bit cooler especially as we head towards the end of the week.

“So tomorrow, perhaps the last of the really warm weather.

“Come Friday, we pick up a northerly breeze and that will really start to take the edge off the temperatures.”