Britain’s summer burst of heat appears to have been short-lived following a sweltering 34C in London on Saturday. The Met Office has predicted cloud and outbreaks of rain currently in the northwest will work its way southeast as the week progresses. Cool Greenland air is said to be sweeping in as the Met Office has forecast highs in Scotland being just 17C from Monday onwards.

Met Office forecaster Simon Partridge said: “It’s all change after the heat as north-westerly winds from the Greenland area see temperatures drop to the teens from Monday.

“The North of the UK will be cool with showers or longer spells of rain at times until midweek.

“Europe’s record heat finally got to the UK – but it was fleeting.”

Mr Partridge added: “Wimbledon will start with highs of 19C or 20C, so fans may need a jumper – and occasional showers can’t be ruled out on Monday and Tuesday. 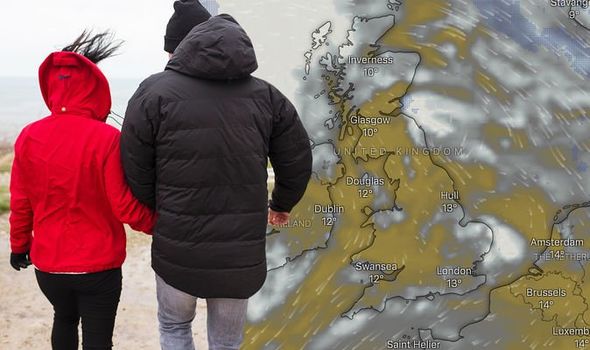 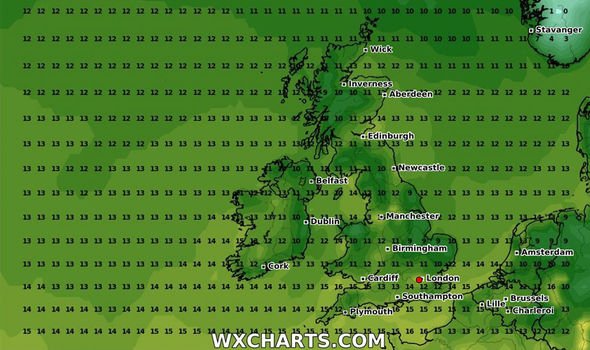 “Extreme heat in Europe got across to the UK. More and more heat was pumped north from Africa through Europe.

“But heat was shunted away from the UK on Sunday as an Atlantic front brings cooler conditions.”

Tuesday morning will be mainly dry with sunny spells, though cloudier skies and showers are expected for northern and western Scotland, according to Meteor Group.

By the afternoon, cloud will develop, but sunny spells will linger in the southwest. 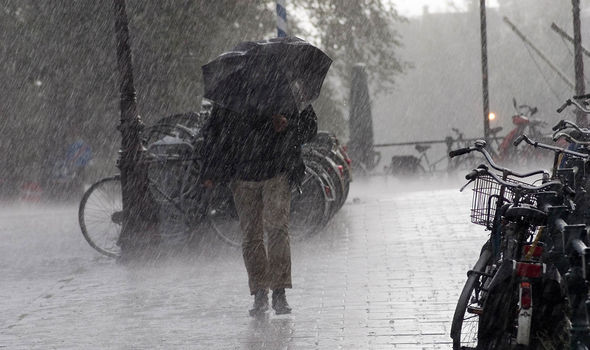 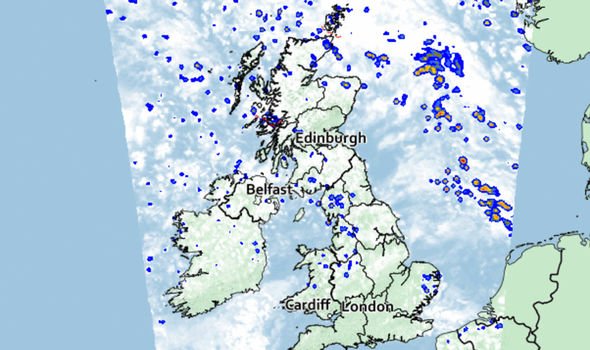 Tuesday evening will be dry with sunny intervals in the evening for most, although one or two showers will linger in northern Scotland.

During the night, skies will become clear for most but there will be cloud and a few light showers for parts of eastern Scotland and north-east England.

It will be largely fine and dry with variable cloud and spells of sunshine on Wednesday, with gentle north-westerly winds.

It will be generally fine and dry on Thursday with sunny spells, especially in the south and west. However, there will be cloud and rain in northern Scotland. 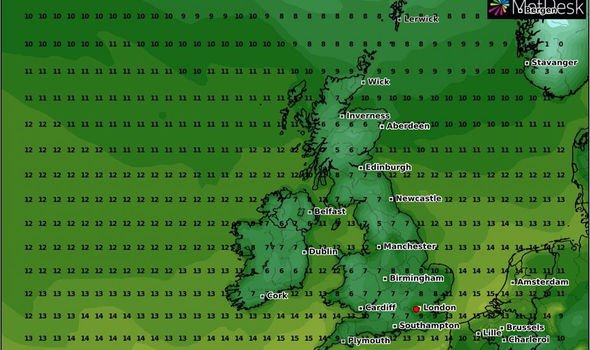 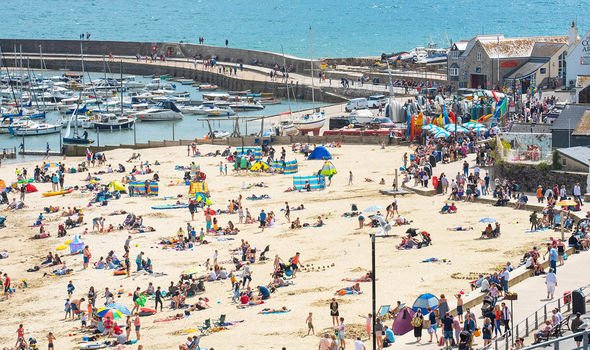 There were also “blood rain” downpours that contained dust being blown 2,000 miles from the Sahara at the weekend.

STV weather presenter Sean Batty said: “Windows and cars are filthy after rain with a plume of sand from the Sahara. “Great news for car washes and window cleaners.”

Devastating wildfires broke out in Spain as the country say highs of 40.9C and one fire has still not been contained after burning through 20 sq km since Friday.