UK weather made a dramatic shift today, as sky-high temperatures gave way to storm alerts from the Met Office. Meteorologists have warned of potential storms across the country, as sun-baked ground kicks up heat into the atmosphere and encourages monster systems. Thunder and lightning will rumble over much of the south and parts of the Midlands, according to storm trackers.

According to Lightningmaps.org, a community project which reports lightning incidence across the world, storms have disproportionately targeted the south.

Clusters of thunder and lightning have emerged over Exeter, Winchester, Maidstone and Dorchester, among other areas.

There, lightning is surging every two seconds or so, with singular strikes emerging over the entire region.

Further north, more lightning has emerged around Peterborough, with clusters between Huntingdon and Kettering. 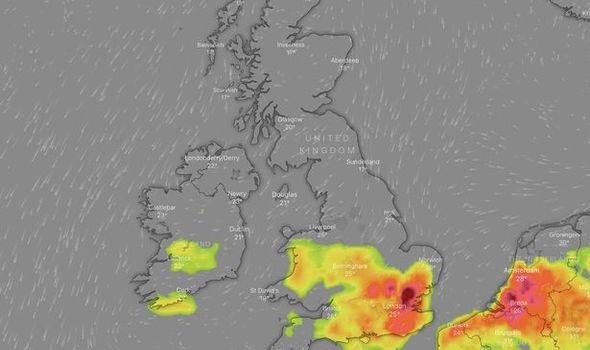 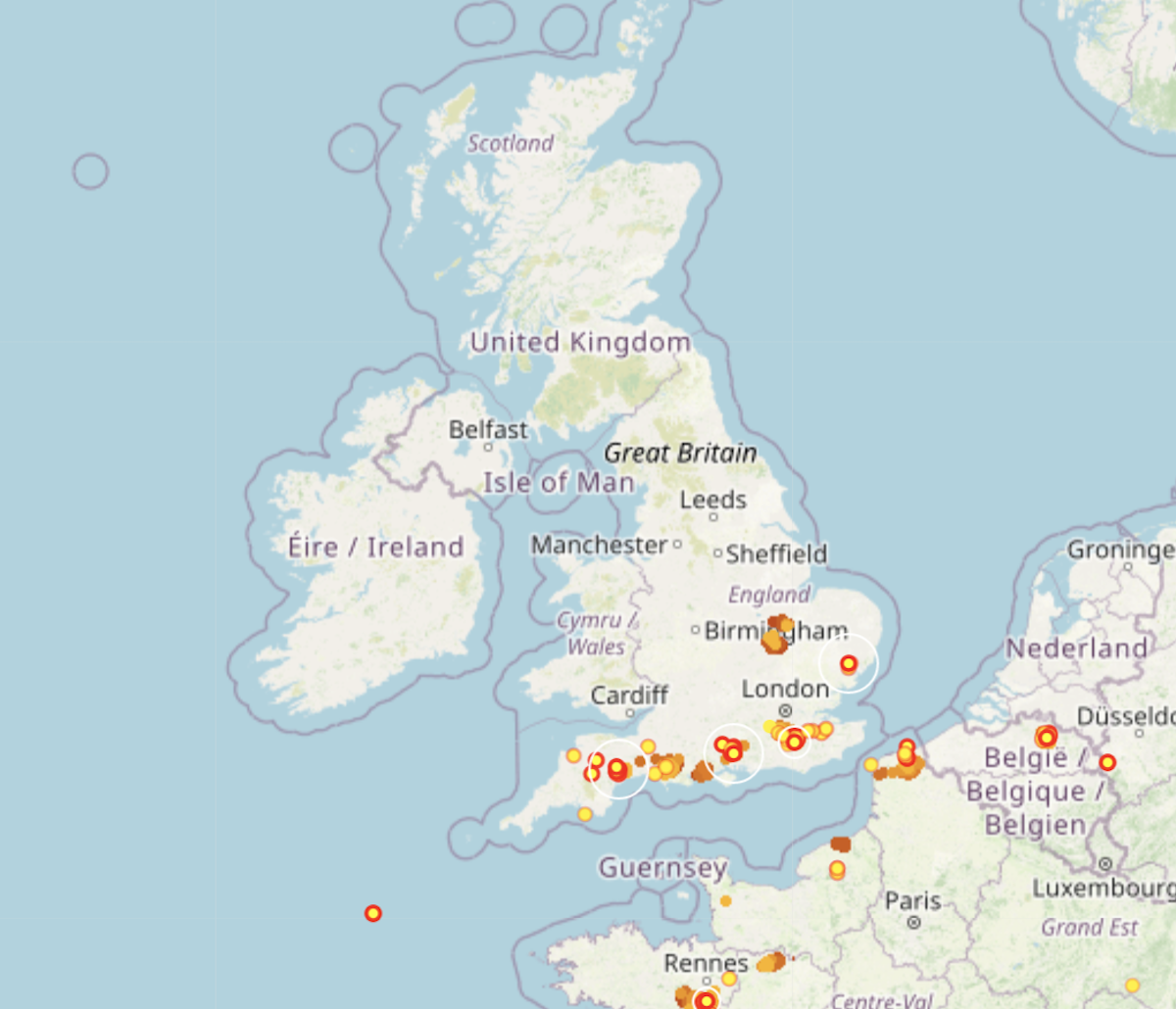 The project estimates roughly 44 lightning strikes per minute have emerged as storms touch down.

But to satellite imaging from WXCharts, rain hasn’t fallen everywhere lightning has cropped up.

The Met Office has released a warning for thunderstorms, which could tip out up to 80mm (more than three inches) of rain over the south.

In their warning for Thursday, the agency said there was a possibility “extremely high” totals could fall in some areas. 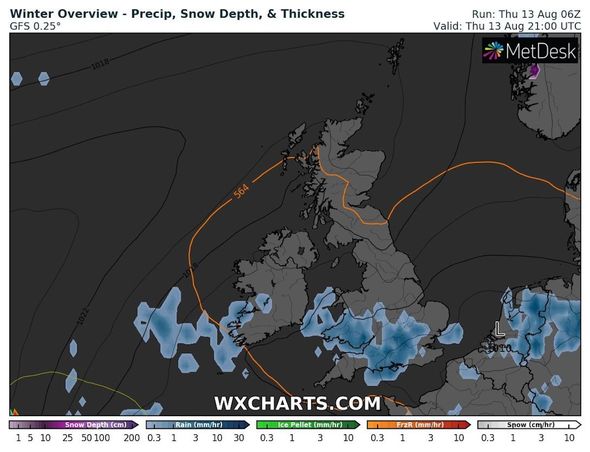 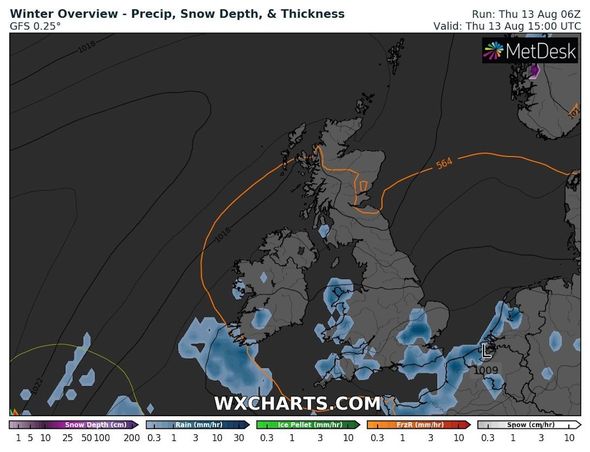 The warning reads: “Areas of thunderstorms are expected to develop over Wales and parts of England during Thursday.

“Rainfall totals of 30 to 40mm could fall in less than an hour, and a few unlucky locations could receive 60 to 80mm (two to three inches) in three hours.

“There is even a very small chance of extremely high totals exceeding 100mm (four inches) in 3 or 4 hours.” 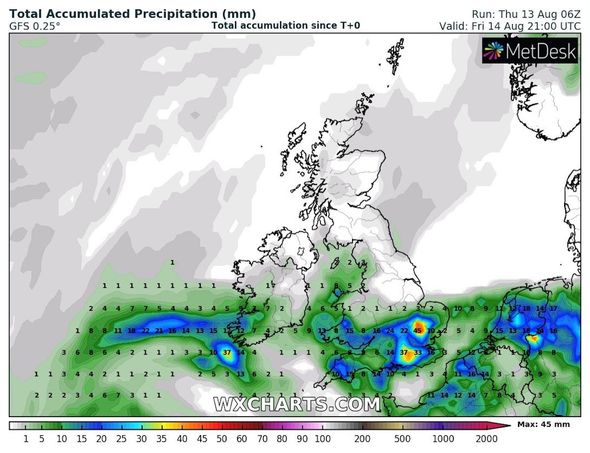 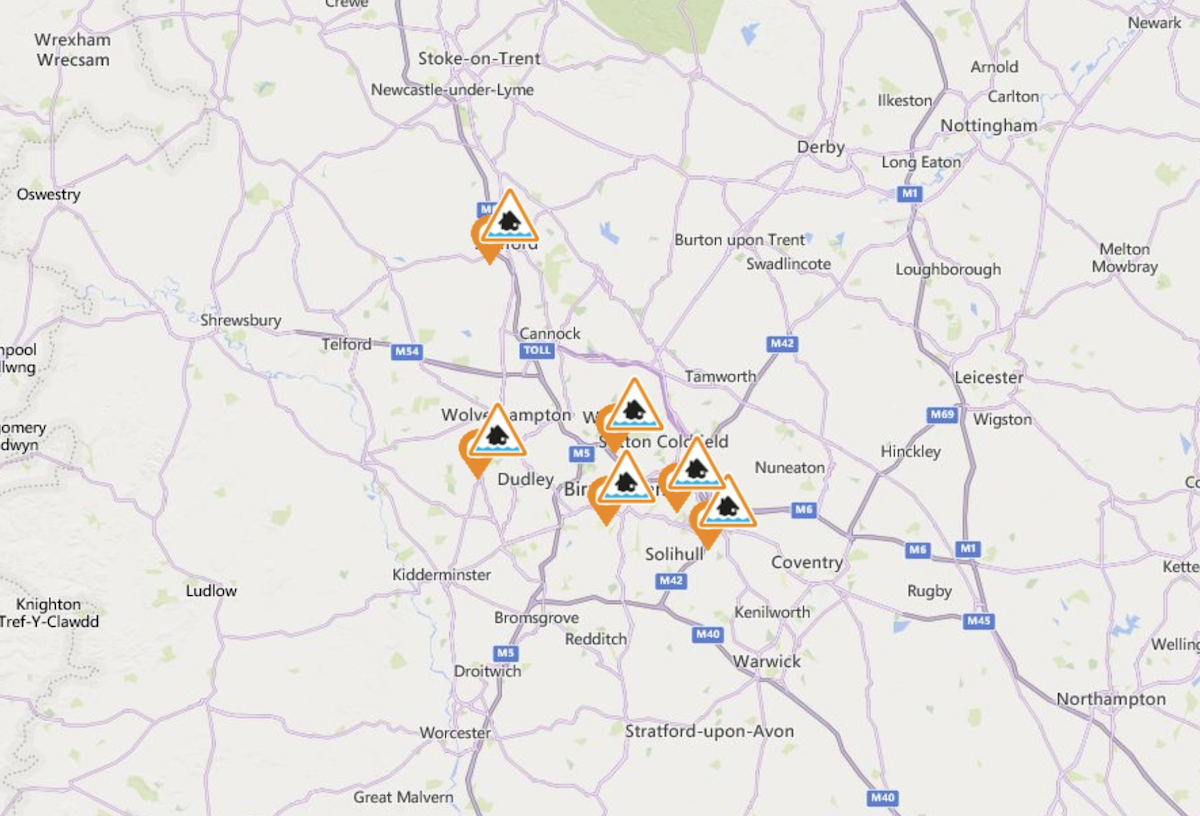 The Environment Agency has also laid down six flood alerts, which specify flooding is “possible” and people should prepare.

The agency has placed them over the following areas:

Satellites from windy.com show the rain will intensify over the next three days.

Their maps show a patch descending over the south, covering most of the area apart from parts of Wales, Cornwall and Canterbury.

The Met Office continues to predict the same, with yellow thunderstorm warnings directed over the south below Leeds.

By Sunday, however, the warning moves slightly further north into Scotland, just Below Carlisle.