The Met Office has issued a yellow rain warning for parts of Cumbria, Dumfries and Galloway, East Ayrshire, North Ayrshire, South Ayrshire and South Lanarkshire. The rain warning is in place from 12pm on Wednesday, September 2 until 11.59pm.

“Some fairly persistent rain moving through as we get a front moving in from the west.

Mr Claydon added there would be “some potentially reasonable rainfall volumes” for areas which have already seen a lot of rain, so it will be “falling on saturated ground.”

The Met Office warned up to 60mm (approx. 2.5 inches) of rain could fall over some areas within the warning zone. 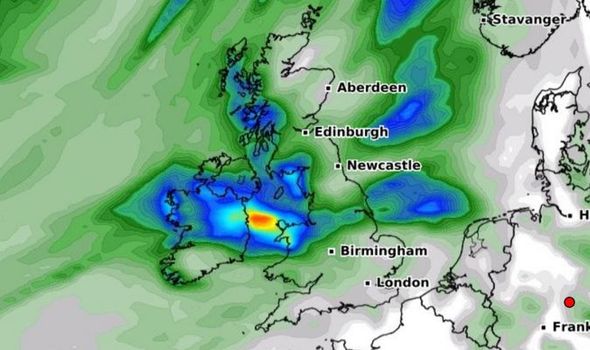 The warning states: “A spell of heavy rain will affect southwest Scotland on Wednesday afternoon and evening.

“15-30mm is likely quite widely with as much as 40-60mm in a few places, mainly hilly parts of Dumfries and Galloway. Drier conditions will return on Wednesday night.”

“[It will be] drier further east with the rain arriving here after dark.” 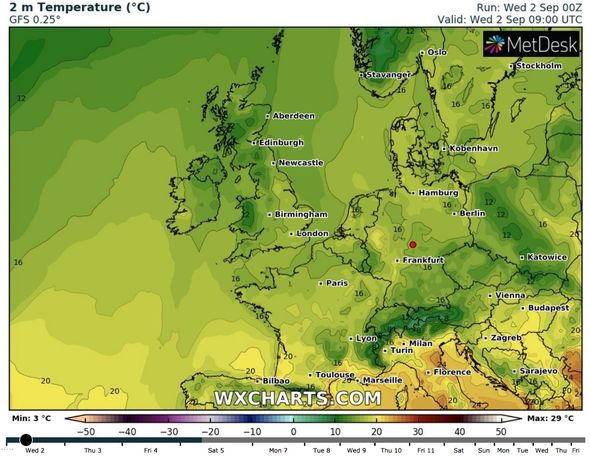 And the day ahead is looking damp and rainy for extensive regions across the UK.

“And there will be some heavy rain throughout Wednesday in western parts of Britain. 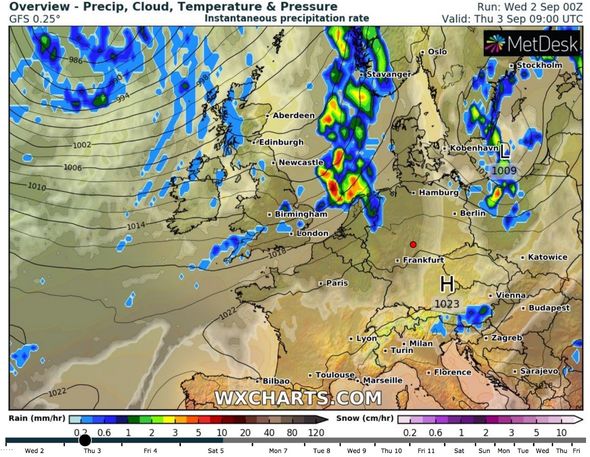 “A dull and damp start to the day for Scotland and much of western England as well as west Wales.

“But here come the weather fronts and here come the heavy downpours across western Scotland, northwest England, west Wales, as well as Northern Ireland by the afternoon.

“Heaviest rain will be over western hills, particularly for Cumbria, where 100ml is possible over the higher peaks.

He said: “Rain gathering across the west Wednesday morning – which will be heavy across Northern Ireland, western Scotland then NW England and Wales as it reaches here late morning. 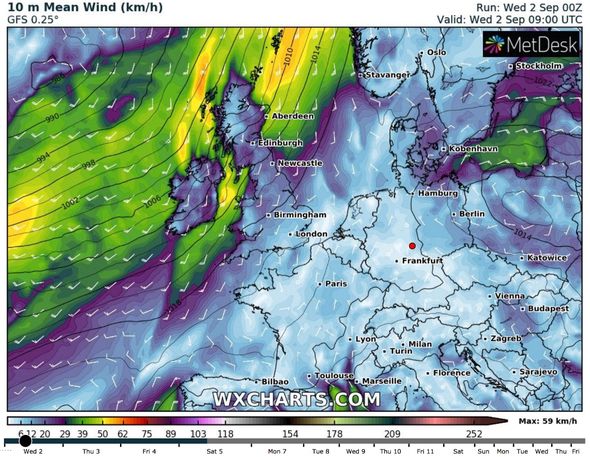 “The rain continuing to spread northeast across northern and western areas into the afternoon, heavy in places.

“After a bright start, some patchy rain reaching southern and eastern England into the afternoon, but mostly light.”

The heavy rainfall is forecast to continue into the weekend, with the best of the weather expected in the south.

The Met Office said: “The showers are most likely across northern and western parts whilst southern areas should see the best of any dry weather.

“Drier conditions are likely to develop across much of the country into the following week allowing for some sunshine at times.”