RUSSIA has suffered heavy losses and failed to make meaningful gains on the first day of its Ukraine invasion, according to UK intelligence.

Defence Secretary Ben Wallace said the Kremlin "hasn't taken any of its major objectives" after facing much fiercer resistance than expected. 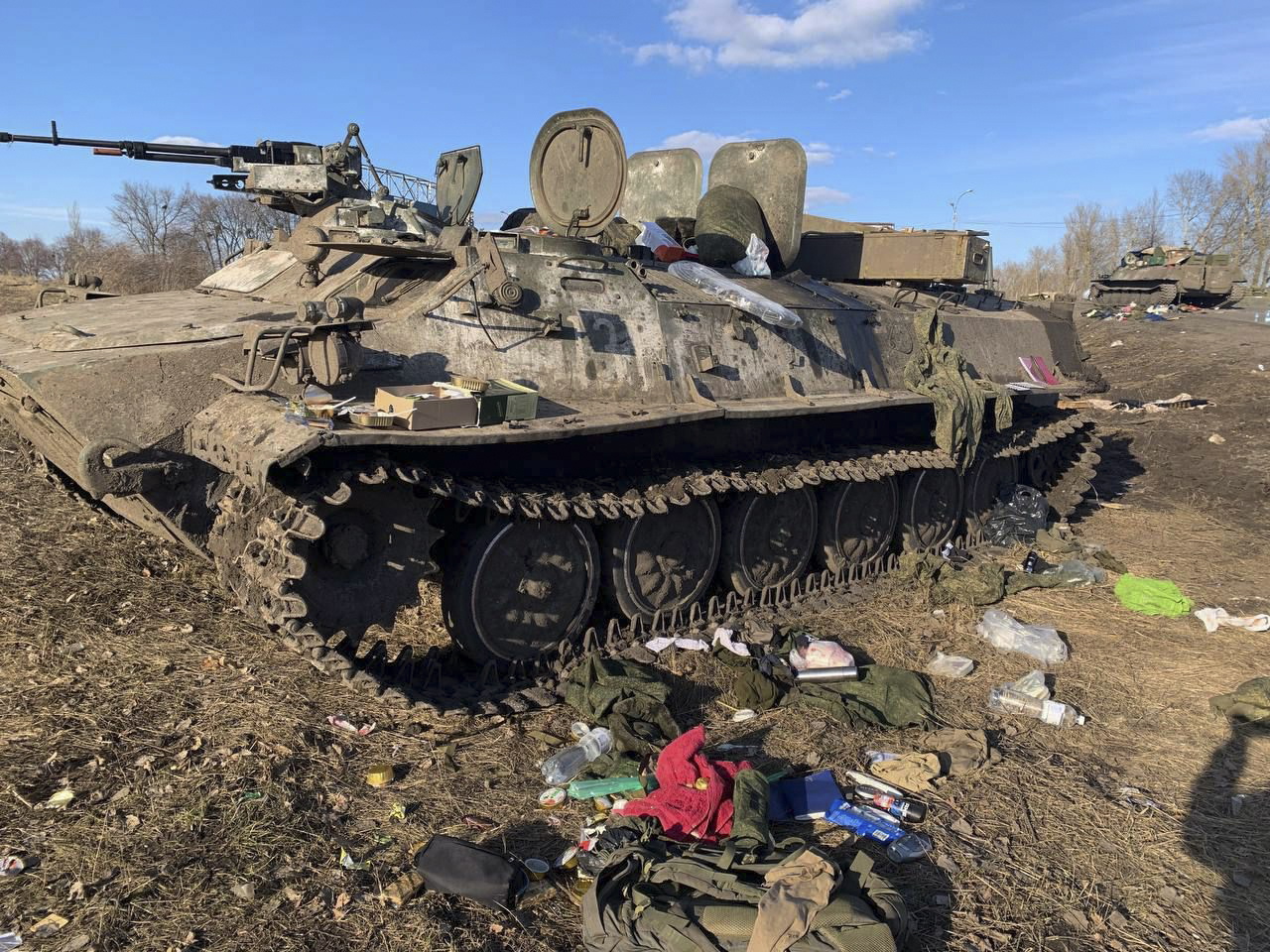 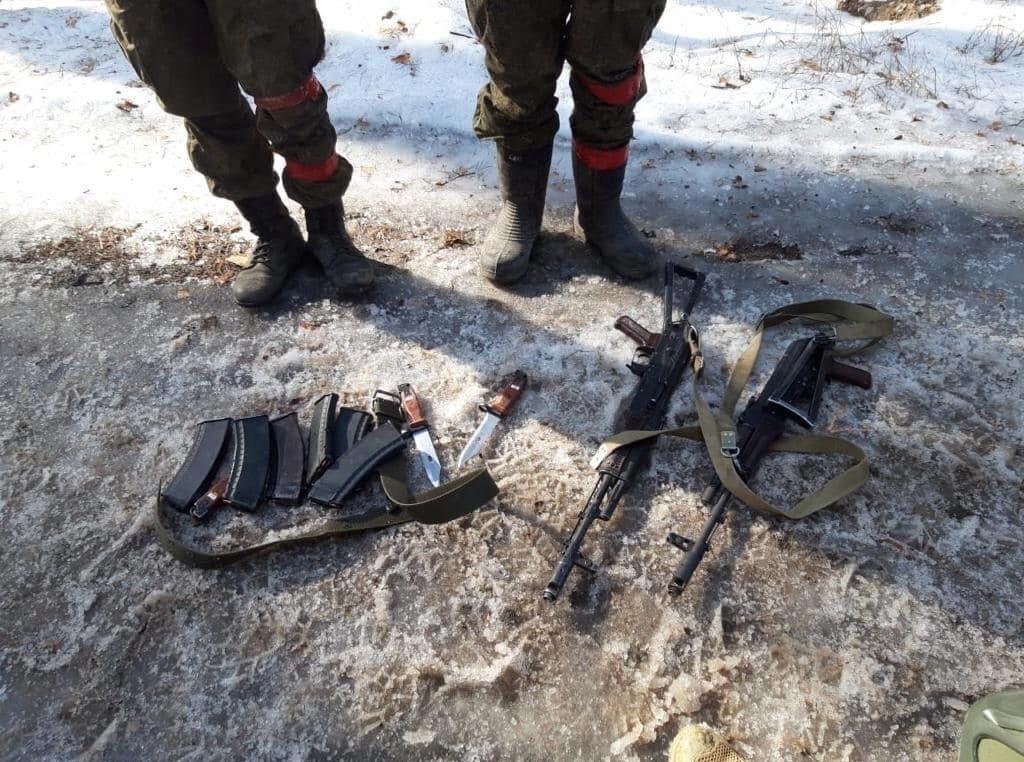 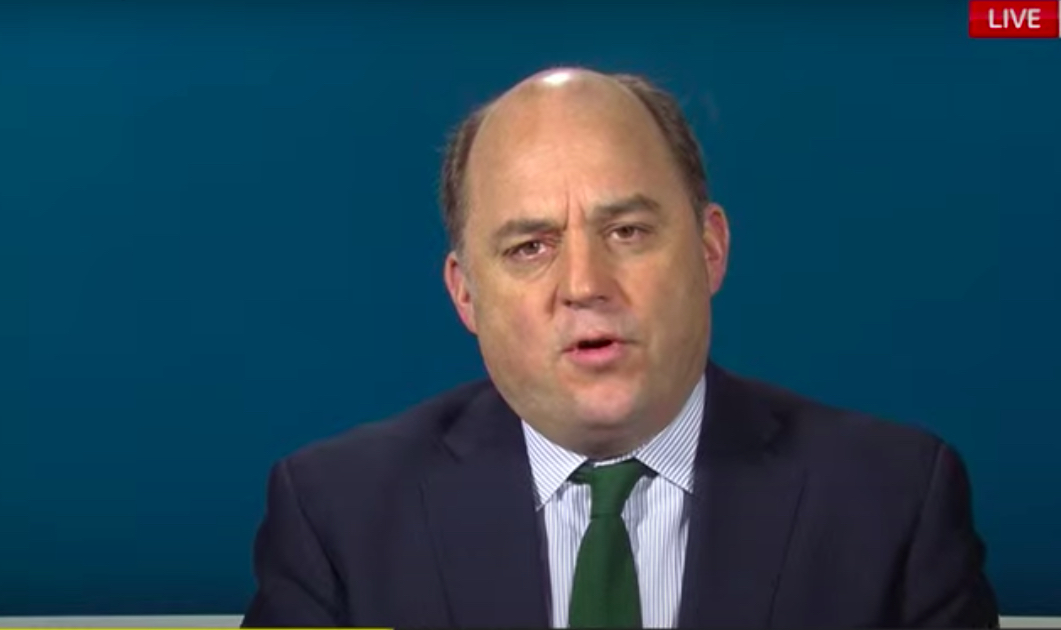 He said its forces are already "behind timetable" and have lost more than 450 men as well as tanks, armour, fighter jets and helicopters.

The former army captain said Vladimir Putin had been given a "bloody nose" by Ukraine, which had showed his army is "not at all invincible".

He also mocked the country's Spetsnaz special forces, pointing out they failed to take a key airport outside the capital Kyiv.

Mr Wallace said morale is low in the Russian army and large numbers of troops surrendered or deserted within hours of the attack starting.

There have been reports that Kremlin soldiers on the frontline didn't realise they'd be fighting Ukrainians and have been hesitant to engage.

The Defence Secretary said the UK's assessment is that Putin "intends to invade the whole" country and replace the government. 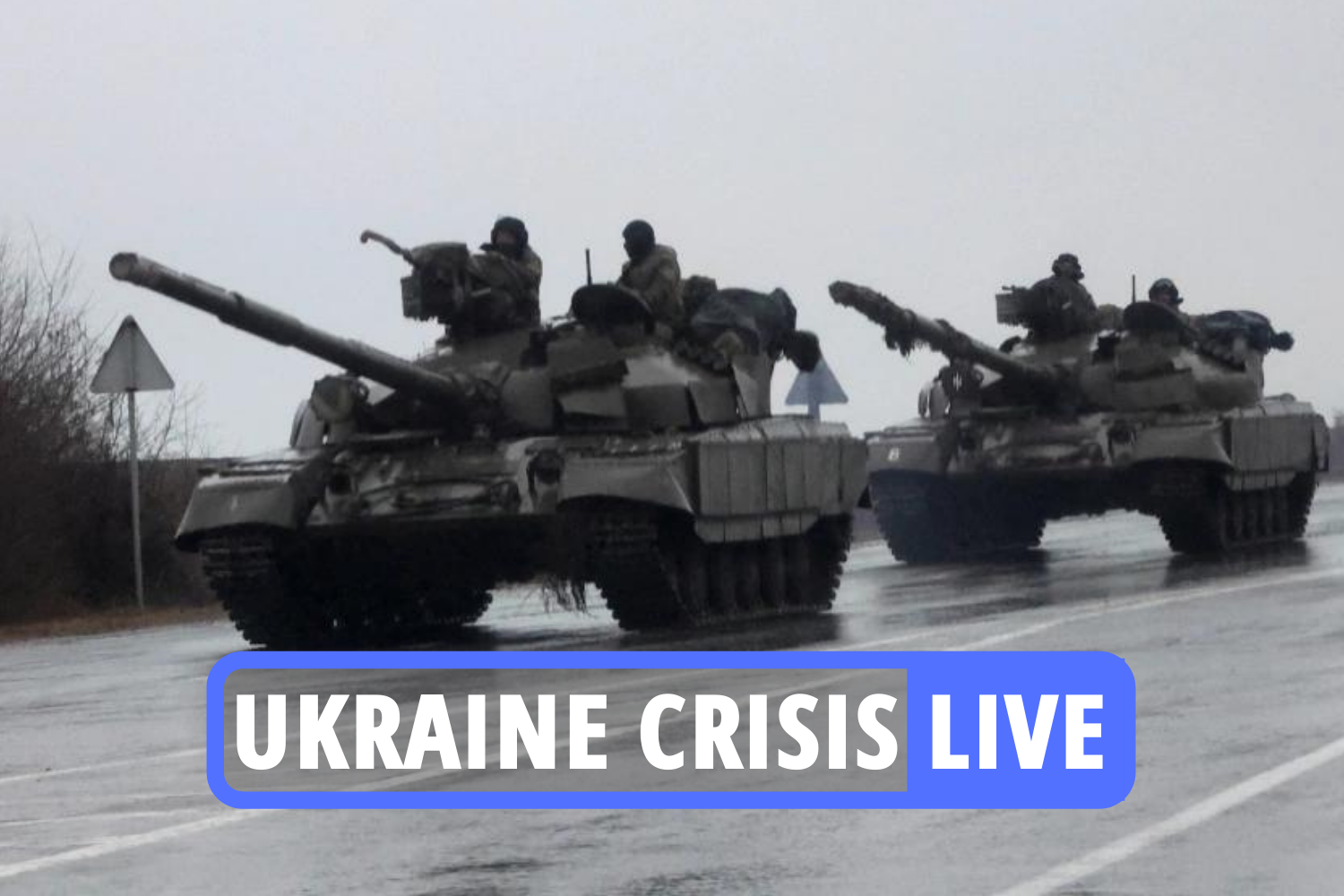 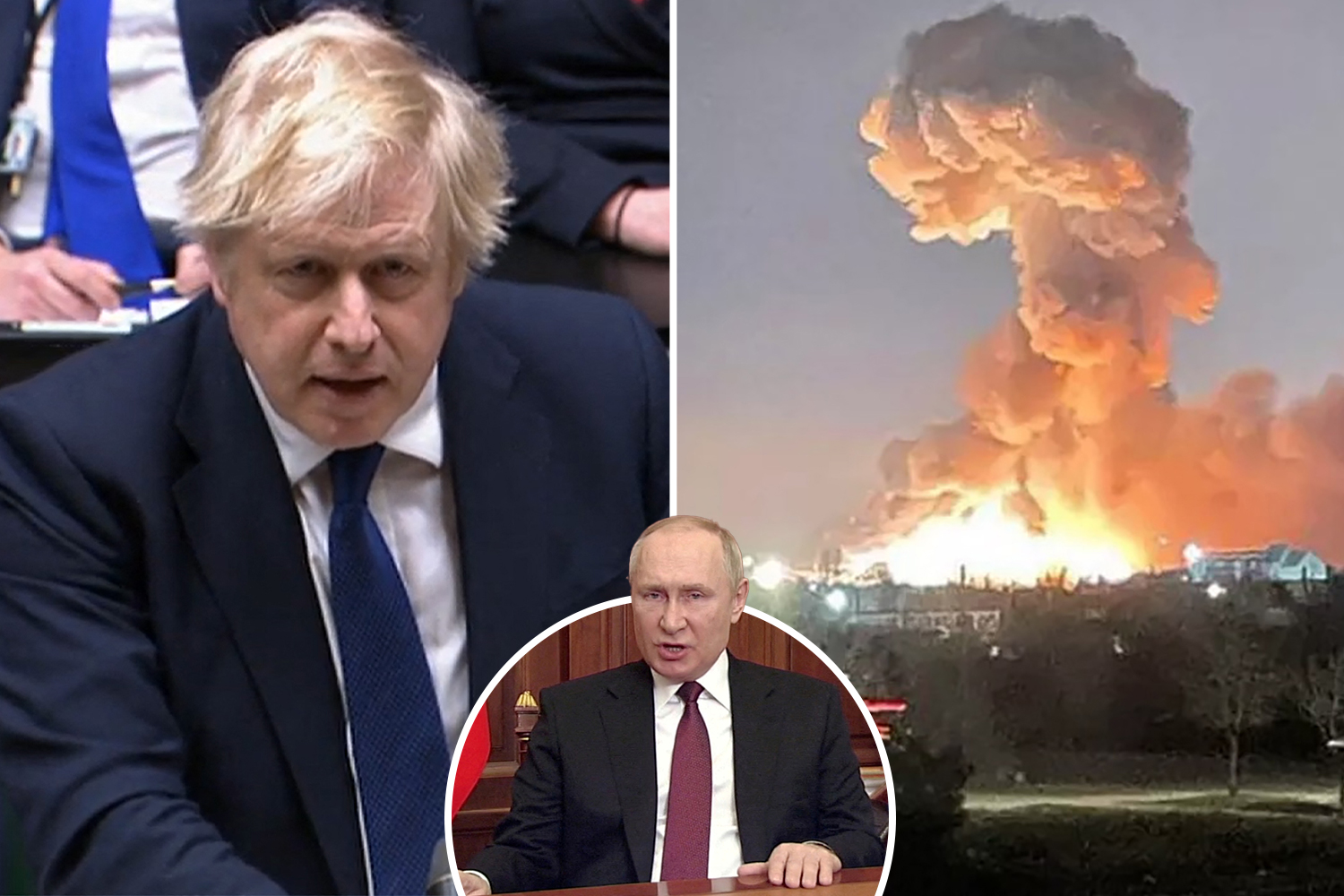 BLOOD ON HIS HANDS 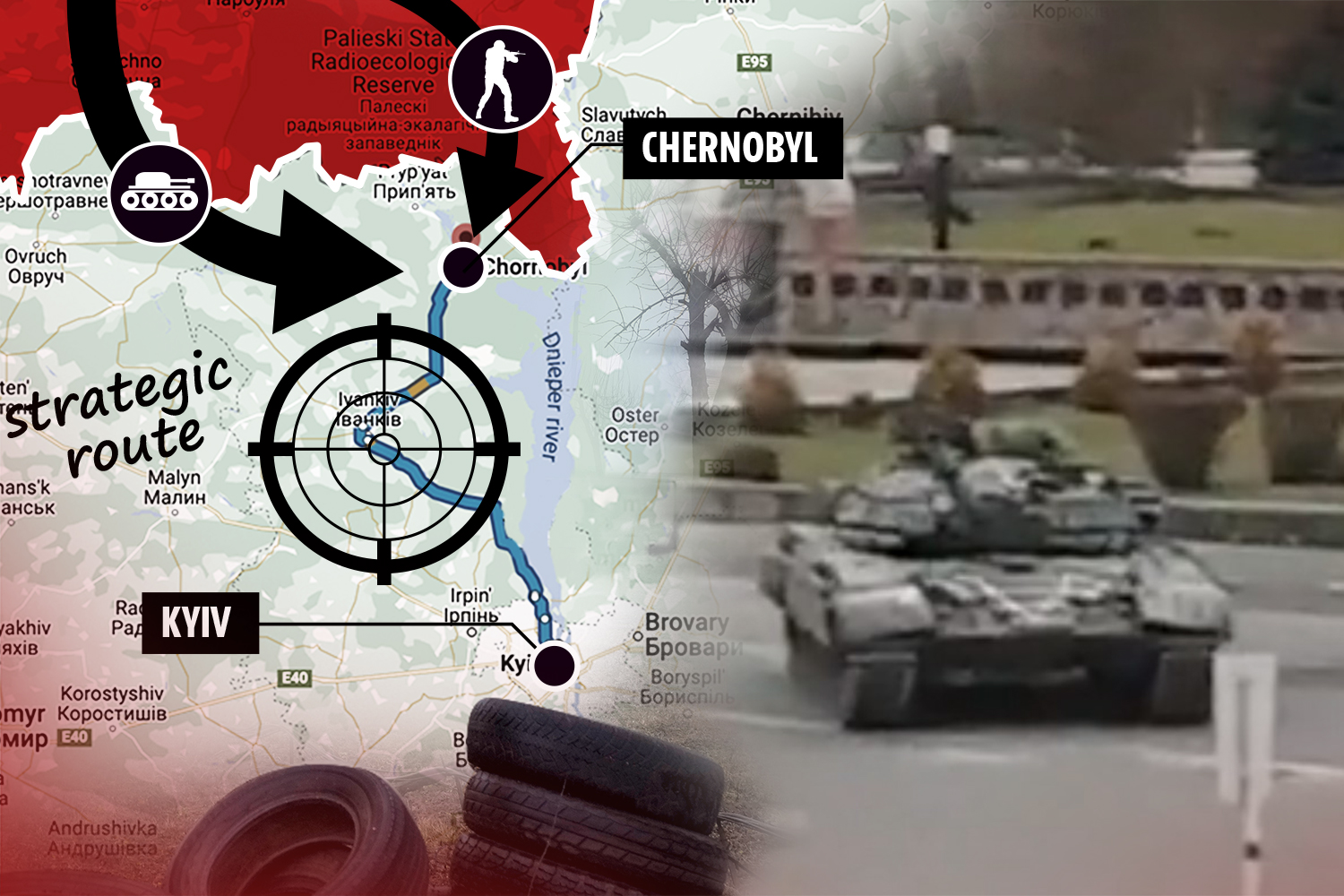 He added: "Our assessment is that Russia has not taken any of its major objectives. In fact, it is behind its hoped for timetable.

"They've lost over 450 personnel, a significant number of tanks and armoured vehicles, three fighter jets at least, and a number of helicopters.

"Russia with its Spetsnaz – its so-called elite – hasn't even been able to take an airport.

"If you looked at the massive odds that Russian posed before they started this you would've thought they'd have done it all in 24 hours.

"No one would have thought they would have failed to take a single one of their objectives which is where we're at now.

"That's contrary to great Russian claims and President Putin's vision that somehow the Ukrainians would be liberated and flocking to his cause.

"He got that completely wrong. The Ukrainians are fighting and they are fighting bravely. President Putin is not getting it the way he wishes."

The Defence Secretary accused the Russians of indiscriminately shelling residential areas overnight as part of an escalation of violence.

He also predicted even fiercer Ukrainian defence in urban battles, with troops thinking "let them come into the cities and then whack them".

Mr Wallace repeated his remarks that the Russian President has "gone full tonto" and said he can't be reasoned with as he's so "deeply irrational".

He insisted the Kremlin chief has been planning the invasion for more than a year and no amount of Western diplomacy could've stopped it.

"Many of us do think he's in a position that's beyond logic. No one else in their right mind would do what we are seeing today.

"No one else would impose their will on another sovereign country with all sorts of concocted conspiracies and very bizarre readings of history."

Mr Wallace also pointed out that protests against the war have broken out in 56 Russian cities despite a brutal crackdown by the regime.

He said: "There are some brave Russians out there who realise they don't want this is their name either."

It comes as a Russian jet was reportedly been shot down in a fireball over Kyiv with Kremlin forces preparing to besiege the city of 2.9million people.

Explosions were heard overnight as Moscow's forces are now just 20 miles from the capital after yesterday's full scale invasion.

Ukrainians have been warned they now face their "hardest day" with an expected all-out offensive by the Russians.

Some 10,000 guns have been handed out to residents and general mobilisation has been ordered in a bid to protect Kyiv.

At least 137 Ukrainians are already dead across the country at the hands of Putin's forces after the assault began at 3.30am on Thursday.

Dawn is breaking over a city that faces an uncertain future as it comes under attack from air, land and sea by Russia.

US intelligence now fears Putin could topple the Kyiv in just 96 hours as Russian forces move within just 20 miles after seizing nearby Chernobyl.

Ukrainians remain defiant and have put up a staunch resistance to the Russian invaders.

However, they find themselves facing an uphill struggle as Putin brings his massive military to bear against his neighbour. 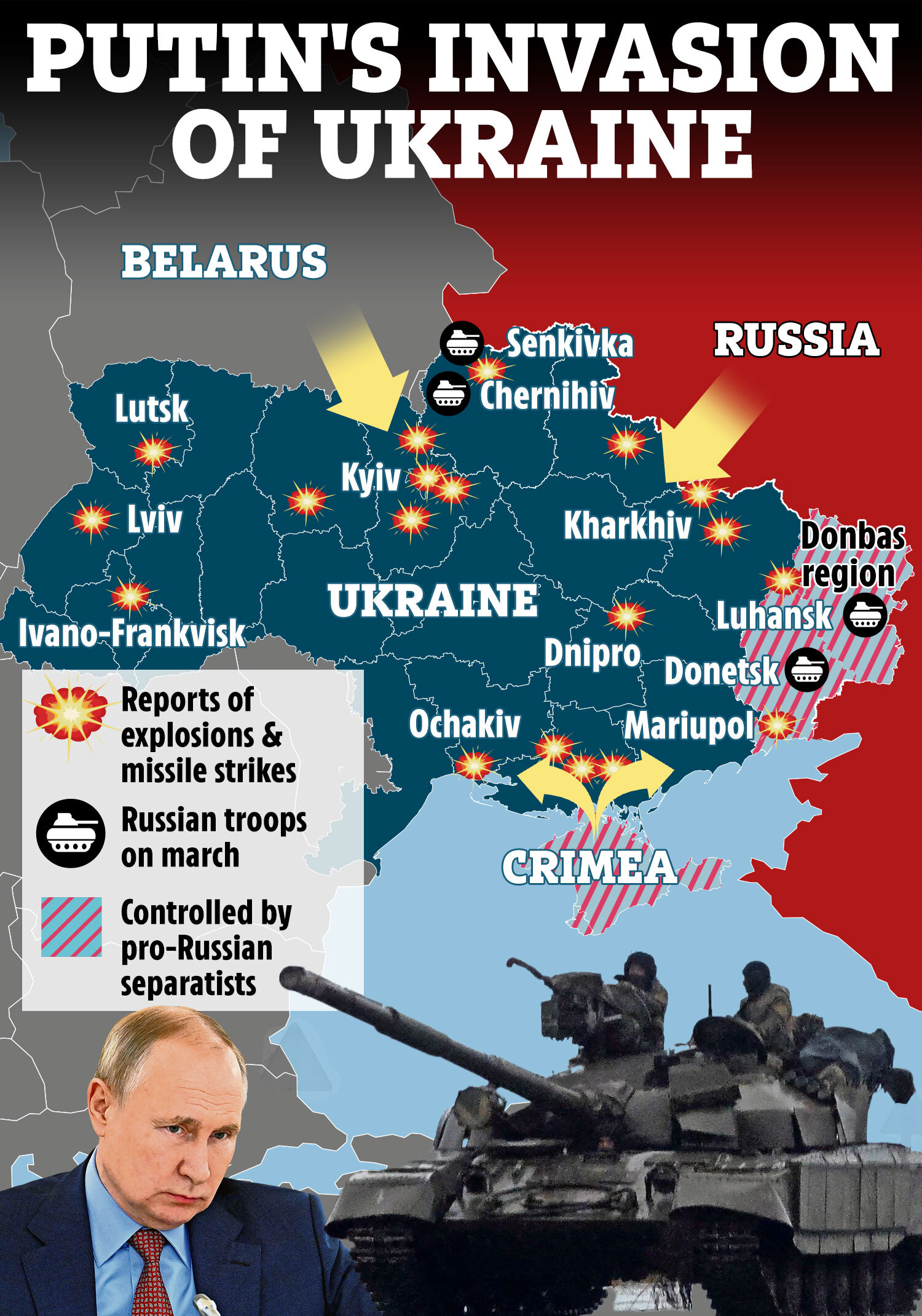