KIEV (Reuters) – Ukraine on Thursday seized a Russian tanker for its alleged involvement in the capture of three Ukrainian navy vessels by Russia, prompting Moscow to warn of consequences if any Russian citizens were “taken hostage”. 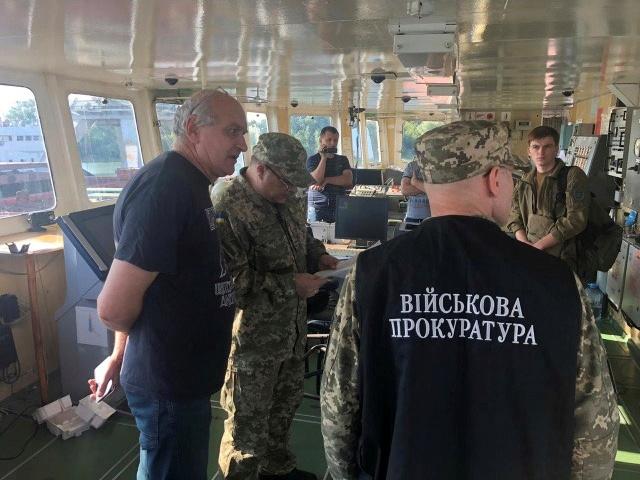 The crew members were later freed by Ukraine and were on their way home, but the tanker remained in Ukrainian custody in the Danube river port of Izmail, a spokesman for the Russian Embassy in Kiev said by telephone.

The seizure threatens to upset delicate negotiations on a possible prisoner swap between the two countries and came weeks after Volodymyr Zelenskiy, Ukraine’s new president, spoke with Russian President Vladimir Putin for the first time.

The incident is also certain to further sour relations between Kiev and Moscow, which remain blighted by Russia’s 2014 annexation of Crimea from Ukraine and its backing for pro-Russian separatists in eastern Ukraine.

The Ukrainian prosecutor’s office said 10 Russian crew were detained for questioning. Russian news agencies said around 15 Russians had been on board at the time of the seizure.

Ukraine’s security service alleged that the tanker, the “Nika Spirit”, used to be called “NEYMA” and was placed beneath a bridge near Crimea in November in order to block three Ukrainian navy ships from entering the Sea of Azov.

Russia seized the Ukrainian ships after opening fire on them and is still holding 24 Ukrainian sailors who were on board at the time, accusing them of illegally entering its territorial waters, a charge they deny.

The SBU published footage of the tanker being searched. It showed two crew members, introduced as the captain and a senior crew member. They were not handcuffed and their faces were blurred.

The same footage showed the name of the detained ship, the Nika Spirit, on the vessel’s bow next to a darker patch of paint that apparently covered up its old name. Two men in camouflaged uniforms with Ukrainian insignia were shown walking through the Russian-flagged vessel.

Russia’s Foreign Ministry warned Ukraine “there will soon be consequences” if any Russian crew members were “taken hostage”, the RIA news agency reported.

The SBU said the Russian vessel had entered Ukraine under its new name, the Nika Spirit, “to cover its involvement in illegal actions”, but that it had identified the ship from its unique International Maritime Organization number (IMO).

“The above named vessel is considered to be a piece of material evidence, (and) a petition to a court for its seizure is being prepared,” the security service said in its statement. 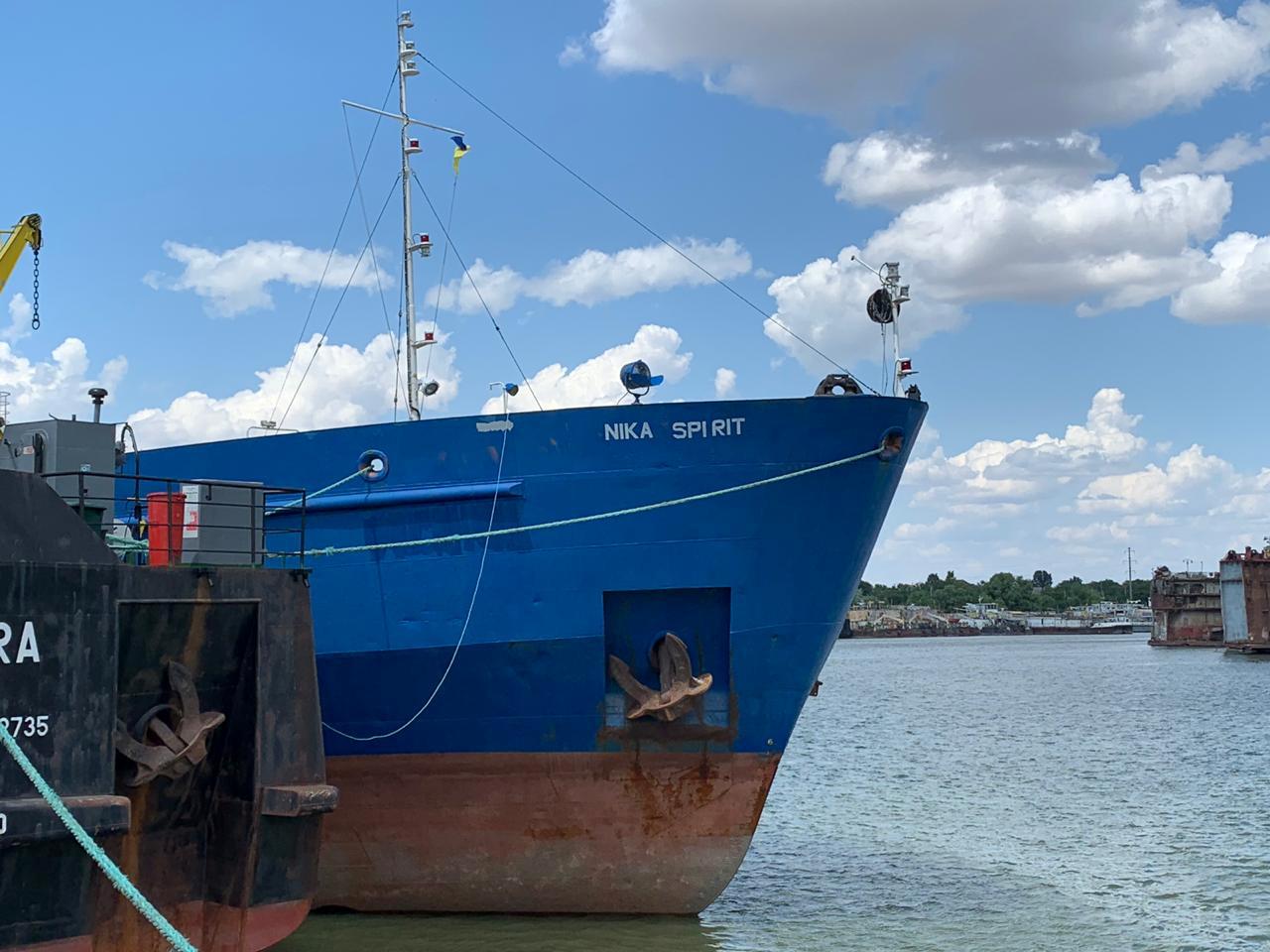 The Ukrainian president’s office and the foreign ministry declined to comment.

In Kiev, Ukraine’s ombudswoman said negotiations on the release of the 24 Ukrainian sailors being held by Russia from the November incident had intensified after Russian and Ukrainian leaders spoke by phone earlier this month.