A father whose photograph was seen around the world saying goodbye to his son in war-torn Ukraine has spoken of his relief at getting his family to safety.

Ruslan Gladkiy revealed his wife and family are now safely across the border in neighbouring Hungary.

Mr Gladkiy, 35, is doing vital voluntary work for his local community by delivering meat and sausages to the frail and elderly. 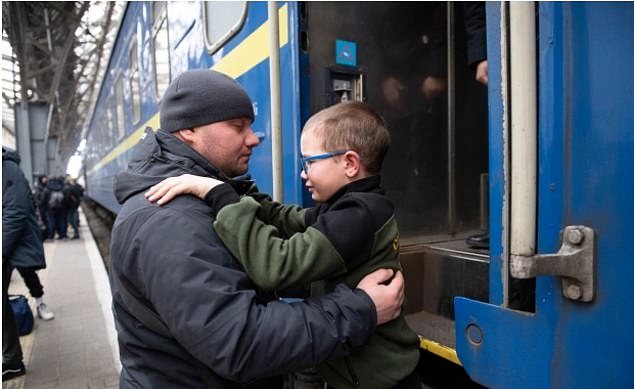 Ruslan Gladkiy, 35 (pictured), revealed his wife and family are now safely across the border in neighbouring Hungary 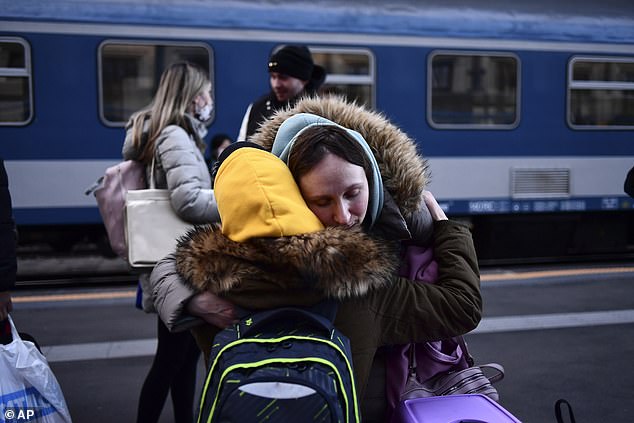 A woman from Ukraine hugs a child after arriving at Nyugati station in Budapest, Hungary today

He spoke by phone to his wife Galina who is with their nine-year-old son Hordeiy and daughter Emilia, four.

The heart-rending photograph of Hordeiy in his father’s arms at the station rekindled memories of evacuee children in the Blitz leaving London.

‘I haven’t cried for a long time but I did when I was on my own and saw the photo today,’ Mr Gladkiy said.

He said he refused to cry when he bade farewell to his wife and children at Lviv train station on Sunday because he didn’t want to upset them.

He said: ‘They are on a train to Budapest and heading for the airport. 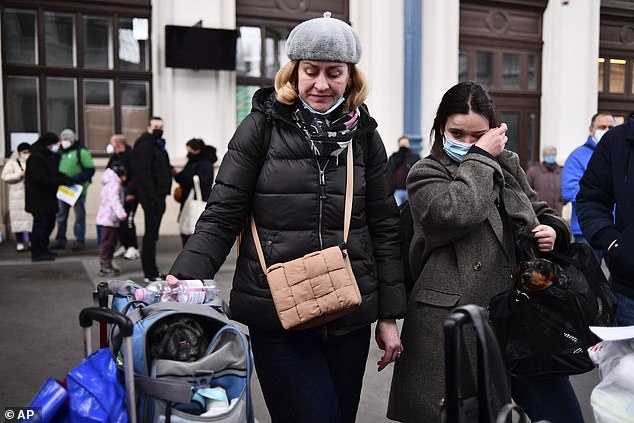 Refugees fleeing from Ukraine, arrive with their dogs at Nyugati station in Budapest, Hungary today

‘From there they will fly to Italy – to Rome where my wife’s mother lives and works.

‘I’m very relieved they will be safe.

‘My wife has had to turn her phone off as the battery is now so low.’

He added: ‘If the Russians come to my home town I will be getting a gun and shooting them.’