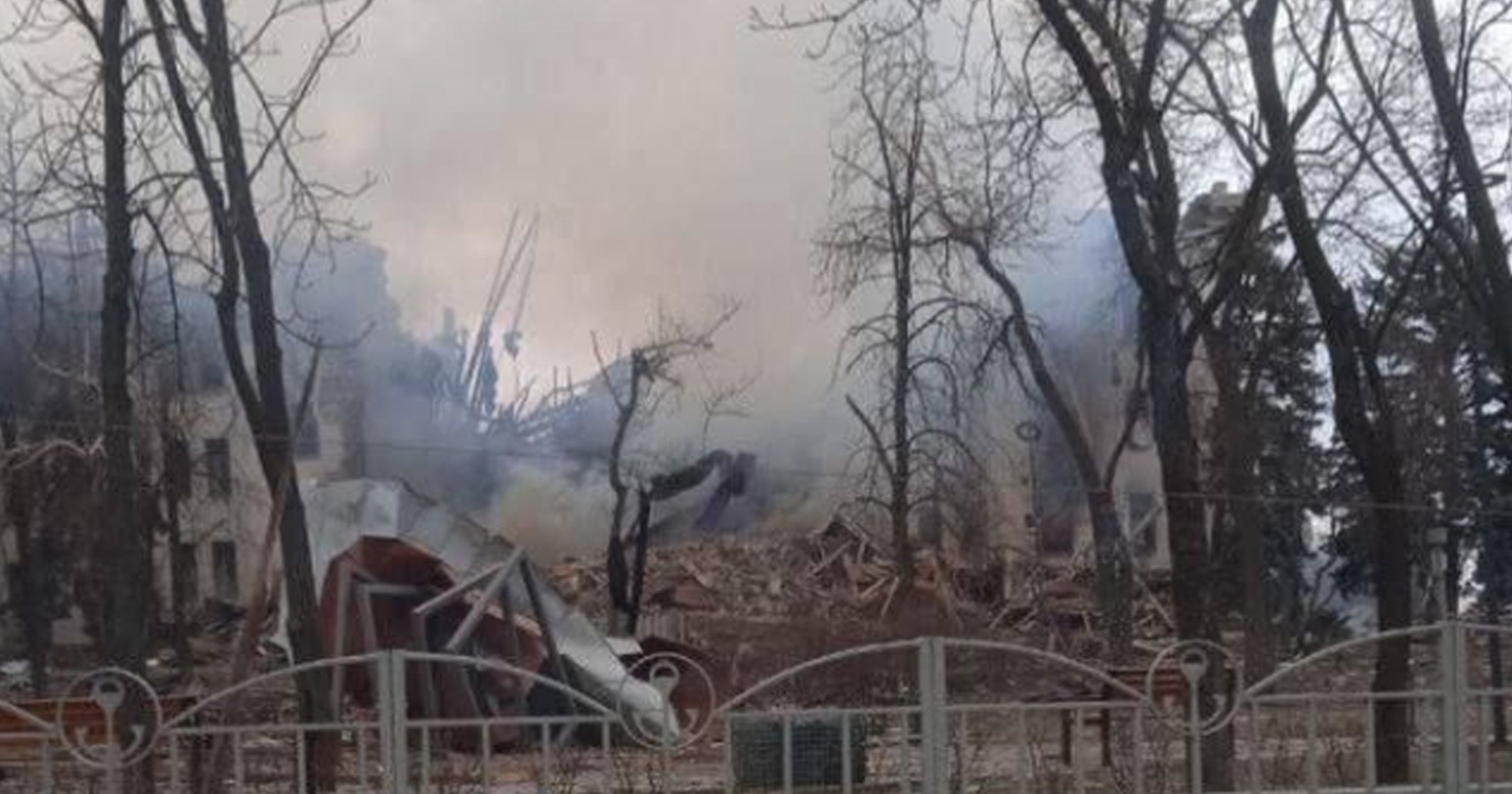 Russia has bombed a theatre in southern Ukraine where hundreds of civilians were hiding from shelling.

Mariupol’s deputy mayor, Serhiy Orlov, said between 1,000 and 1,200 civilians were in the building at the time of the attack.

An image shared by the city council on Telegram shows the drama centre is almost completely destroyed, with huge plumes of smoke rising from the rubble.

‘This is exactly what the Mariupol Drama Theater looks like now,’ authorities said on Telegram.

‘The building, in a peaceful life was a center of cultural spirit of the city, and in wartime became a refuge for hundreds of women and children.’

It is not clear if there have been any fatalities.

Mariupol City Council said it was impossible to asses the damage due to ongoing Russian shelling.

Their statement on Telegram said: ‘The plane dropped a bomb on the building where hundreds of Mariupol civilians were hiding.

‘It is still impossible to assess the scale of this terrible and inhuman act, because shelling of residential areas continues in the city.

‘It is known that after the bombing the central part of the Drama Theater collapsed, and debris blocked the entrance to the bomb shelter located in the building.’