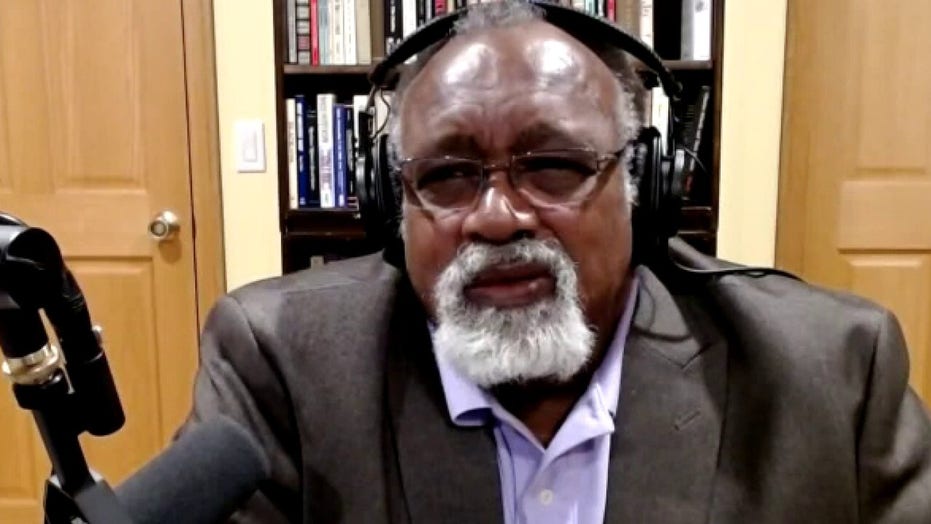 The dean of the journalism school at the University of North Carolina at Chapel Hill is stepping down after a controversy over tenure for 1619 Project founder Nikole Hannah-Jones.

Susan King, dean of the UNC Hussman School of Journalism and Media and the school’s John Thomas Kerr Distinguished Professor, “will conclude her service as dean but will remain in place until a successor is named,” according to a letter addressed to the Carolina Community on Tuesday.

She has been dean since January 2012.

“Her emphasis on creating experiential learning opportunities for students, increasing faculty support and upgrading facilities to reflect media innovation are among the reasons media and journalism is now the University’s second-largest major,” Chancellor Kevin M. Guskiewicz and Executive Vice Chancellor and Provost Robert A. Blouin said in a joint statement.

The letter did not expressly mention Hannah-Jones, the lead writer of The New York Times’ 1619 Project and a UNC alumna, who was initially offered a multi-year position to join the university’s Hussman School of Journalism and Media as the Knight Chair in Race and Investigative Journalism.

Consideration of her tenure was delayed following backlash from conservatives who took issue with the 1619 Project’s aim to “reframe the country’s history by placing the consequences of slavery and the contributions of Black Americans at the very center of the United States’ national narrative.”

The decision sparked a backlash on the left as well, and the school’s board of trustees eventually voted in favor of granting her tenure. On June 22, the Pulitzer-winning journalist turned down the job and took a tenured position at Howard University instead. 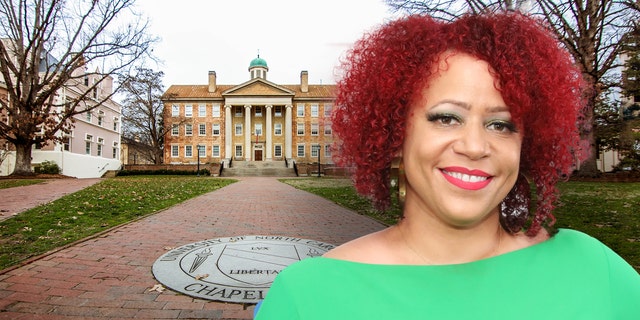 Nikole Hannah-Jones was eventually offered tenure at the UNC Hussman School of Journalism and Media but accepted a position at Howard University instead.
(Monica Schipper/Getty Images | istock)

“Since I first arrived at UNC, I have maintained that I did not plan on staying as dean longer than a decade,” King said in her own announcement, according to WRAL. “Media – journalism, public relations and advertising – are in a state of great change. It is not the same world or business even as it was in 2012 when I arrived. I believe after 10 years a new dean will bring fresh eyes, additional perspective and new energy to our school.”

Her announcement also did not expressly mention Hannah-Jones. Emails previously obtained by Fox News revealed that donors slammed UNC-Chapel Hill for allowing “Marxism” to take root at the school during the is monthslong debate over bringing in Hannah-Jones as a tenured professor.

King has also received criticism for casting blame on the Board of Trustees amid the public relations controversy.

Among her accomplishments, King brought the Ida B. Wells Society for Investigative Reporting from Harvard University to UNC-Chapel Hill in 2019, “elevating its work to increase and retain reporters and editors of color so that newsrooms are representative of the communities they serve.”

She also created partnerships with Capitol Broadcasting Company locally and with Bloomberg nationally and internationally that “are contributing to diversity in the media and journalism industry.”

“We are committed to working together over the next several months to ensure a successful accreditation process for UNC Hussman and for a smooth transition to a new dean,” Guskiewicz and Blouin said. “We are appointing a committee to oversee a dean search, chaired by UNC School of Information and Library Science Dean Gary Marchionini. We are confident that under Gary’s leadership we will identify an outstanding dean to continue the great progress the school has made in recent years.”

Meanwhile, Walter Hussman, a newspaper publisher and major donor to UNC’s Hussman School of Journalism and Media, had raised flags about offering tenure to someone whose cornerstone 1619 Project had been called inaccurate by some historians and skewered by critics.

At a pair of seminars on the project in Oregon earlier this year, Hannah-Jones told students and faculty that the U.S. has failed to live up to its founding ideals, that “what we call American history is really White history,” and that Black Americans are the founding fathers.

Several states, including Florida and Missouri, have included prohibitions on The 1619 Project with bans they’ve implemented on promoting critical race theory in public schools.