FORECASTERS have warned heavy snow and TORNADOES could hit as Storm Barra blasts across the UK with 80mph winds.

The intense 'weather bomb' has prompted an urgent danger to life warning as Brits were told eight inches of snow is set to bury the country. 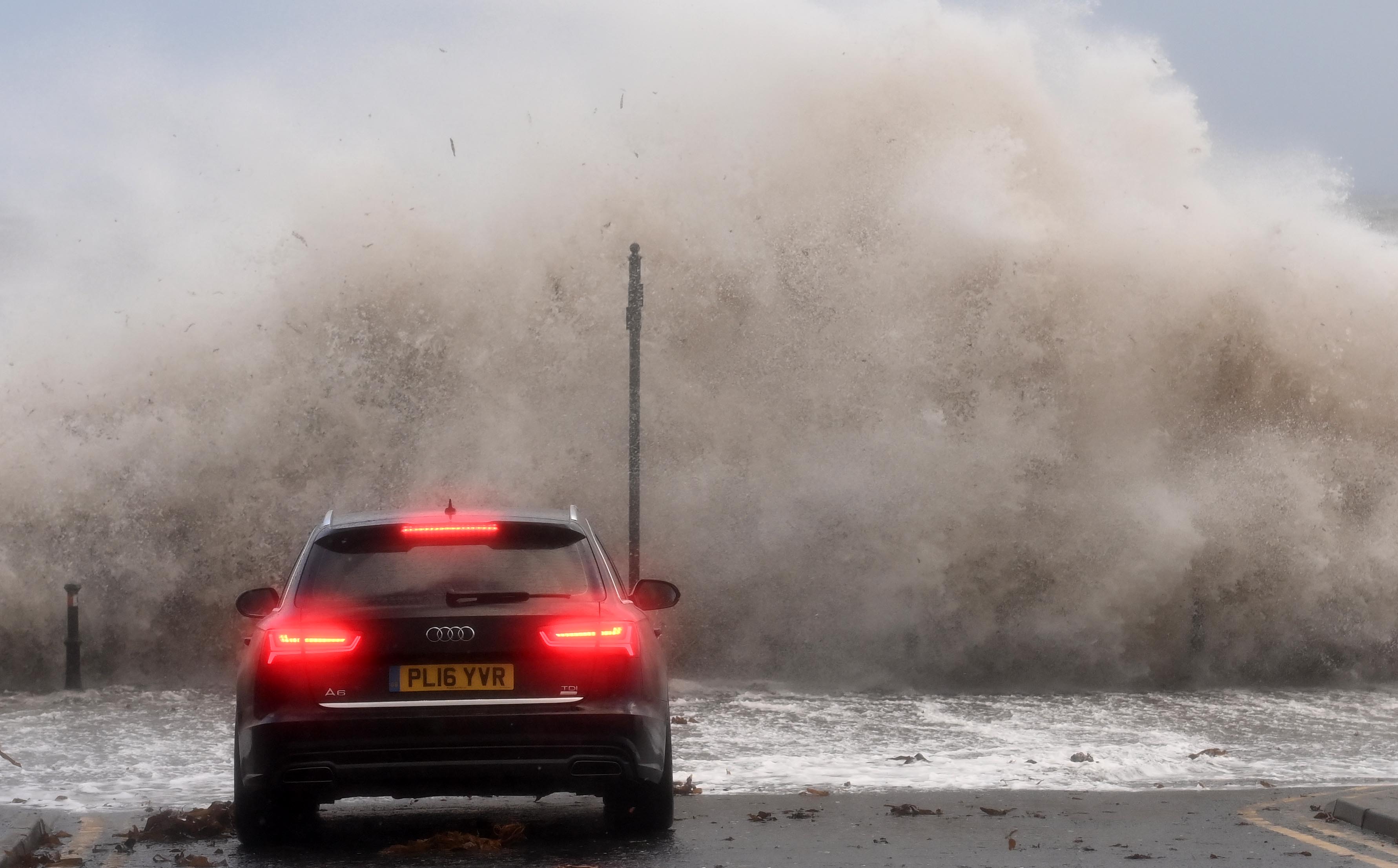 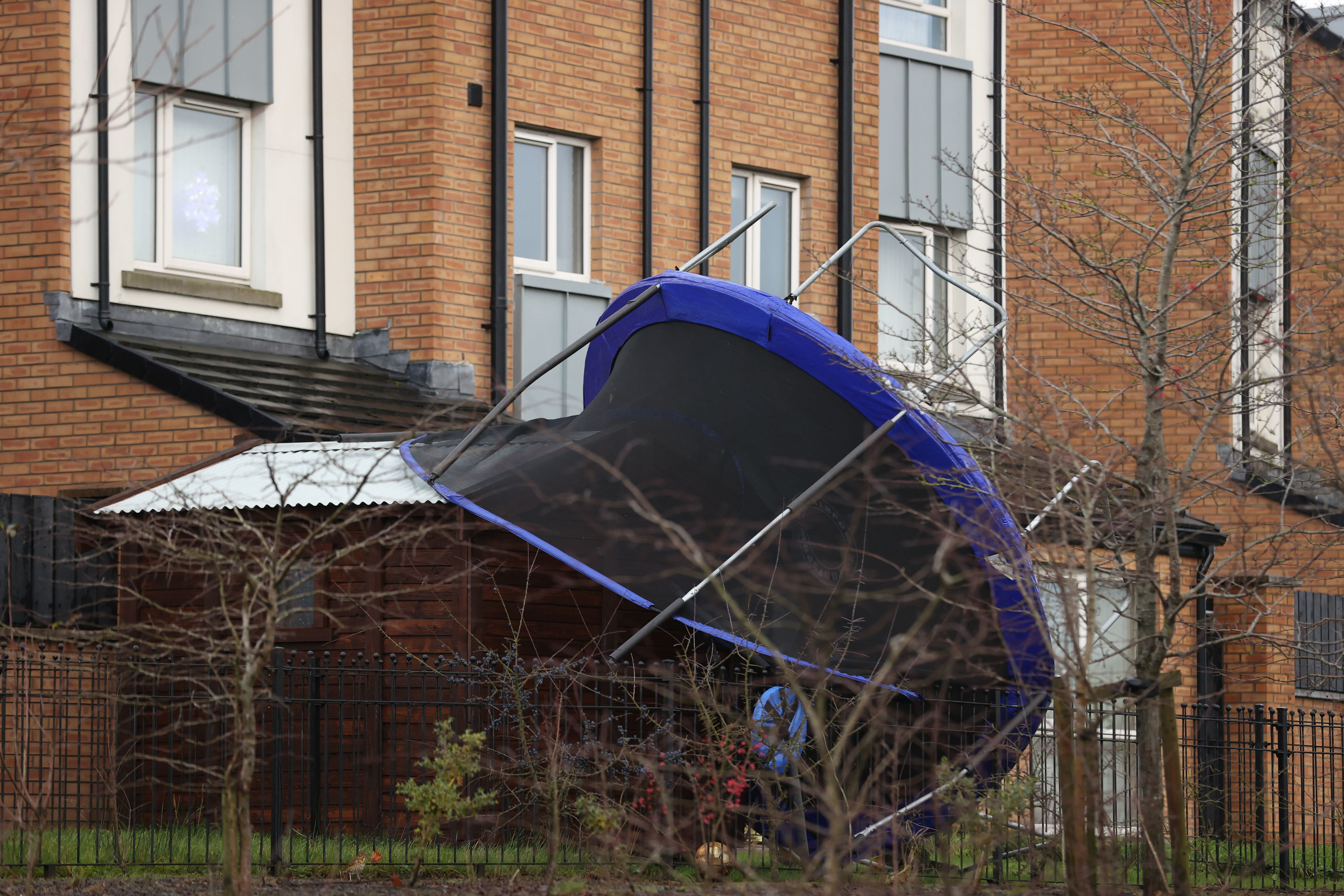 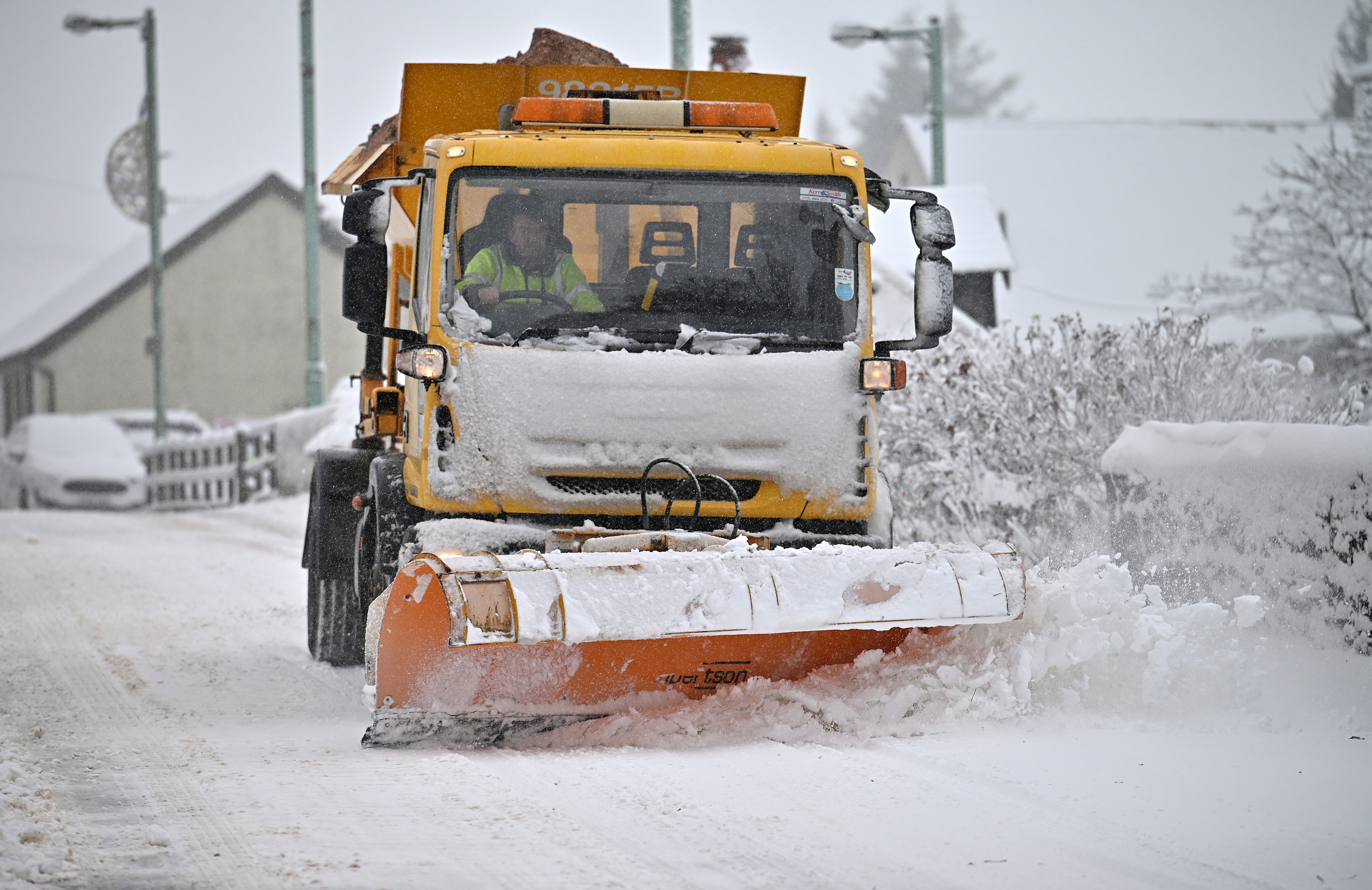 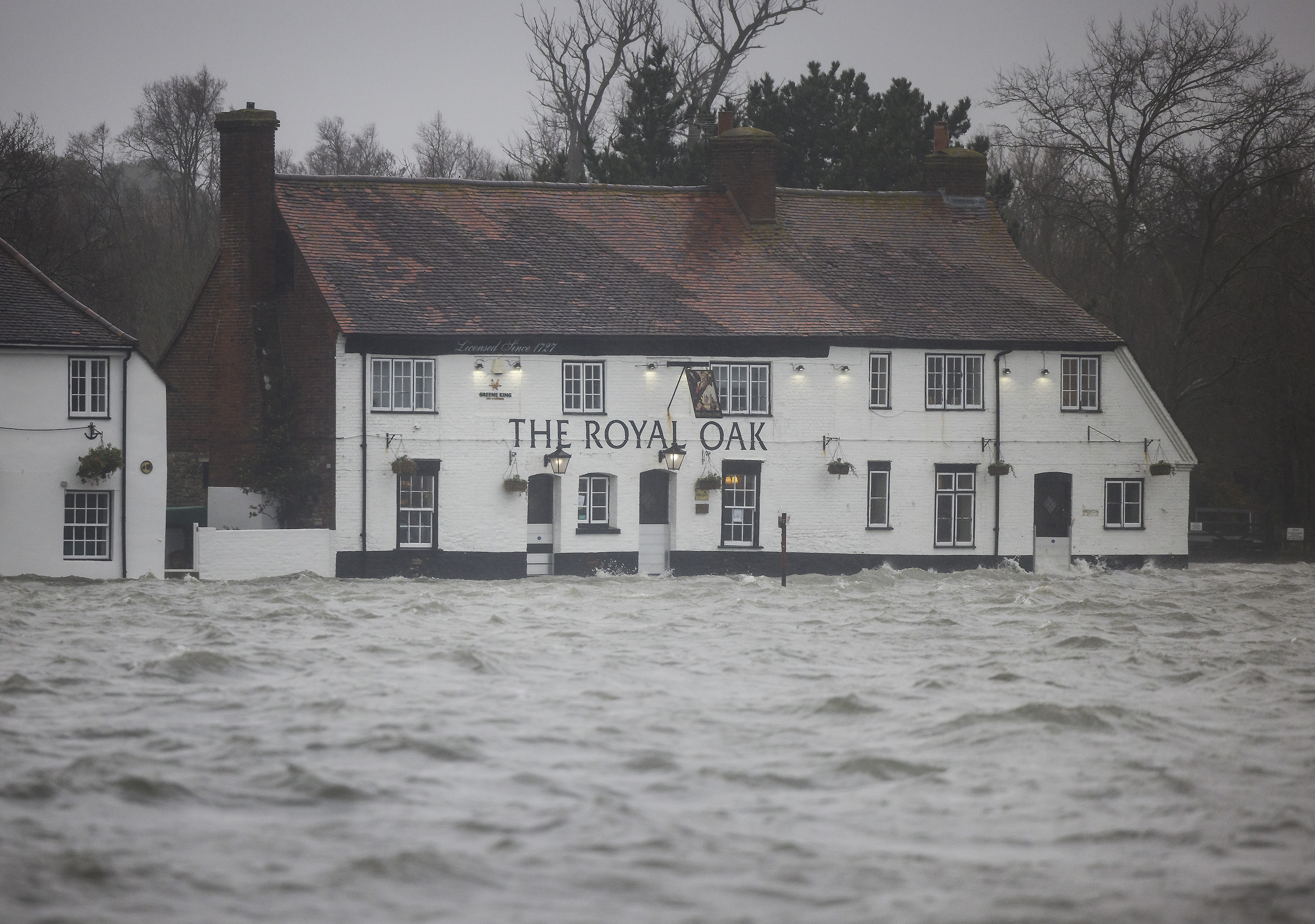 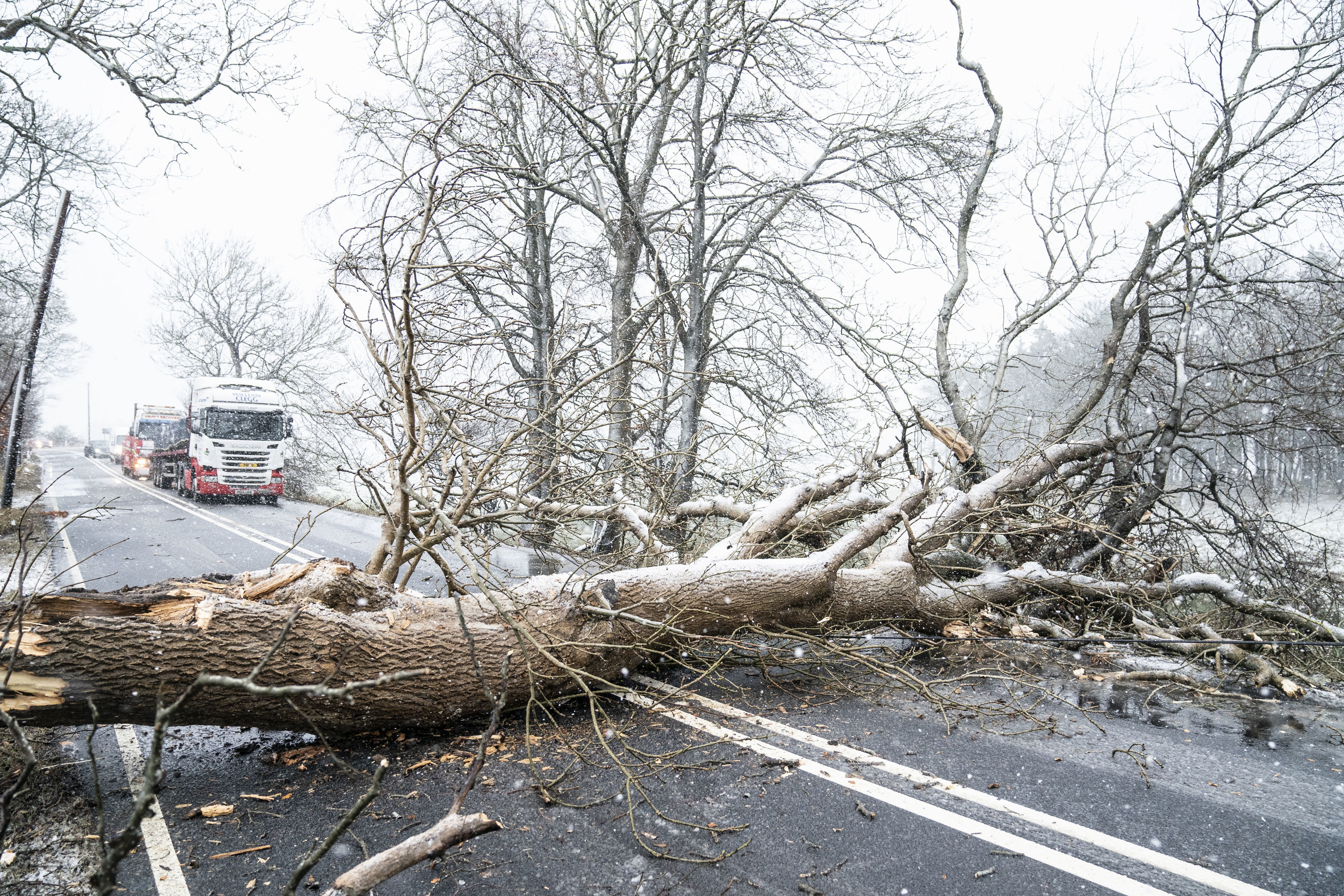 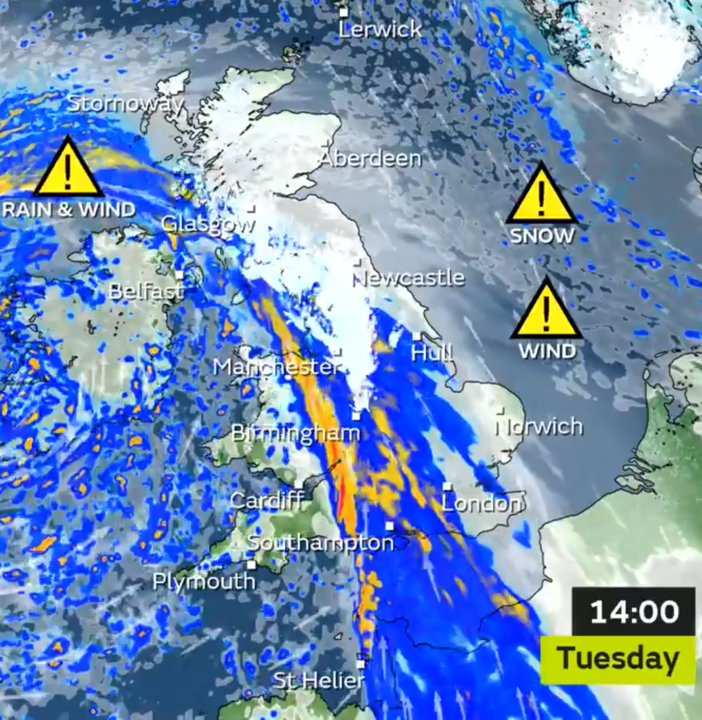 The Met Office has said the ferocious weather front moving in from the Atlantic will explode across the UK, causing travel chaos and serious safety concerns.

Meteorologists explained it had now officially become a 'weather bomb' – also known as an  'explosive cyclogenesis' – which occurred when the central pressure of Storm Barra fell more than 24 millibars in a 24 hour period.

The low pressure system fell from a pressure of 1017mb at 6am yesterday to 961mb at 6am today.

They also flagged up that forecast maps were showing small breaks in the line convection, suggesting tornadoes or weak funnel clouds may also let rip.

The Met said there was a "small chance" of localised whirlwinds forming this afternoon across England and Wales, but ensured they are usually short-lived.

Aggressive gusts of 77mph winds have already been recorded in Berry Head, Devon, this morning as Barra moves in from the west.

Almost all of the country is covered by yellow weather warnings for snow, ice, and wind, with a five-day deep freeze on the way.

Schools have been shut and locals have been told to stay indoors if they can in Ireland after a rare red warning was introduced in Cork, Kerry and Clare.

🔵 Read our weather forecast live blog for the latest updates

Network Rail are set to impose restrictions on train speeds amid the hurricaine-force winds, while planes buffeted as they came in to land.

Mighty waves pummeled into piers across the coast this morning, with the Met warning the large waves coupled with wind gusts could pose a safety risk if beach materials are launched onto the sea front, coastal roads and properties.

Trees continue to tumble across the country, blocking roads and destroying homes as Barra competes with the damage of last week's Storm Arwen.

Reminiscent of the power supply chaos the first named storm of the season brought around, 4,000 people in Northern Ireland are now without electricity.

It comes as Boris Johnson admitted "too many people have spent too long without power" after thousands of homes across Scotland and northern England were still without power.

He said he had spoken with bosses at Northern Powergrid who blamed the catastrophic delays on high winds and frozen equipment.

And Brits have been warned to expect further issues as a toxic mix of floodwater and powerful winds take hold later this week.

A band of rain will turn to snow across northern England and Scotland later today, he added.

Yellow snow and ice warnings have been issued from 11am until midnight.

Officials have also issued a warning to locals in Devon after a colossal rock fall at beauty spot Budleigh Salterton yesterday.

East Devon District Council say there is a "significant risk" of further collapses as some very large cracks have appeared. 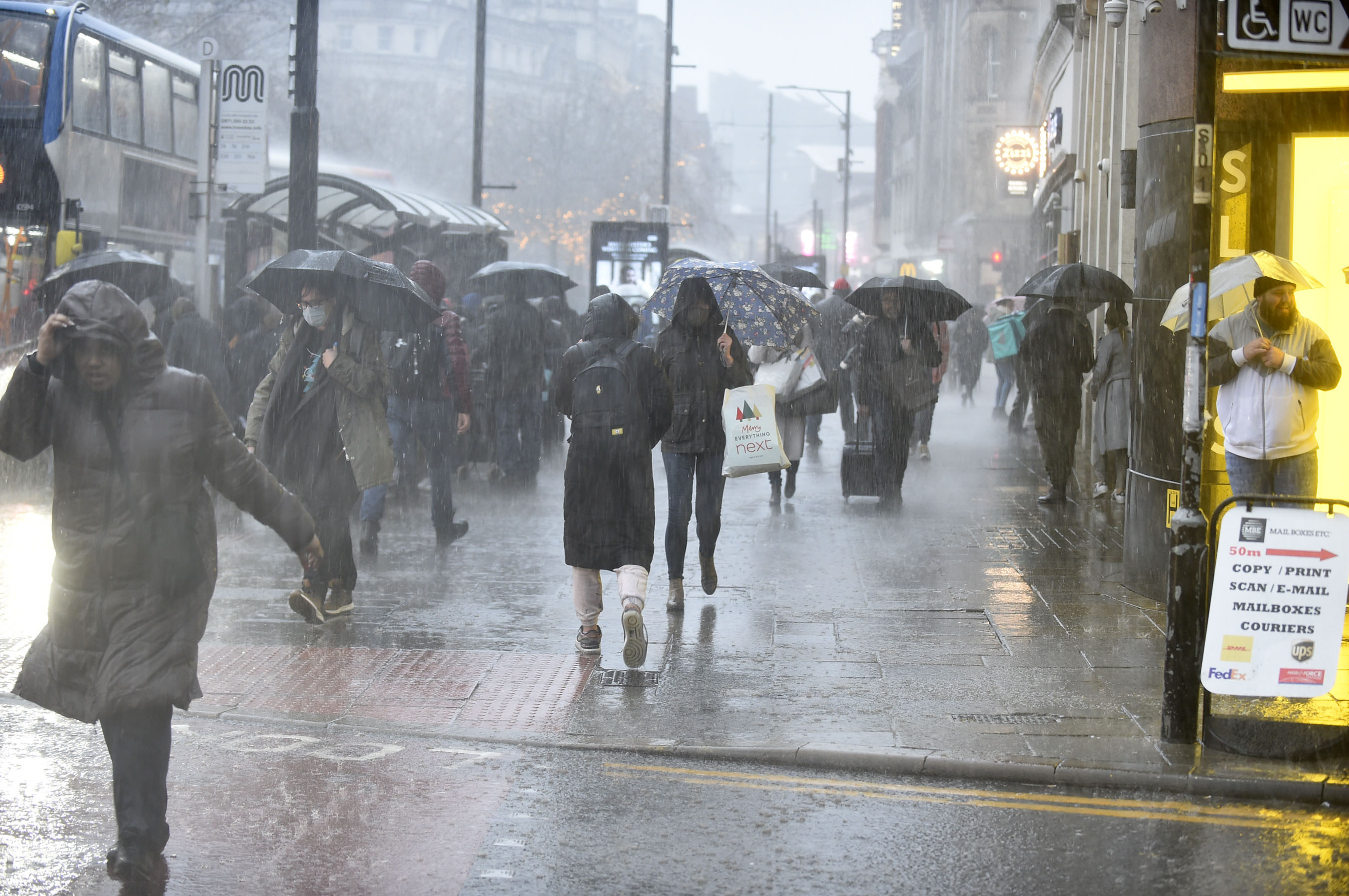 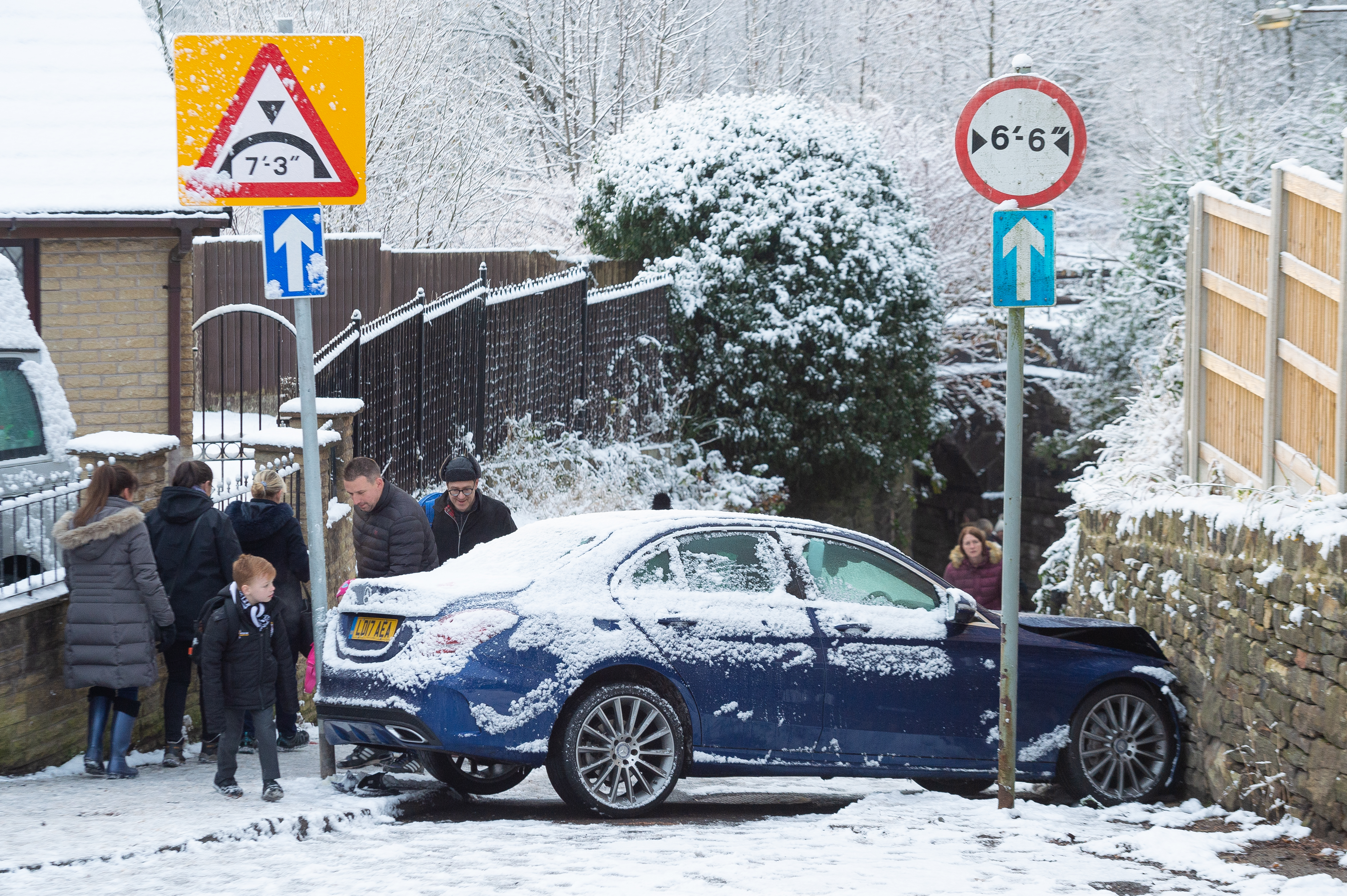 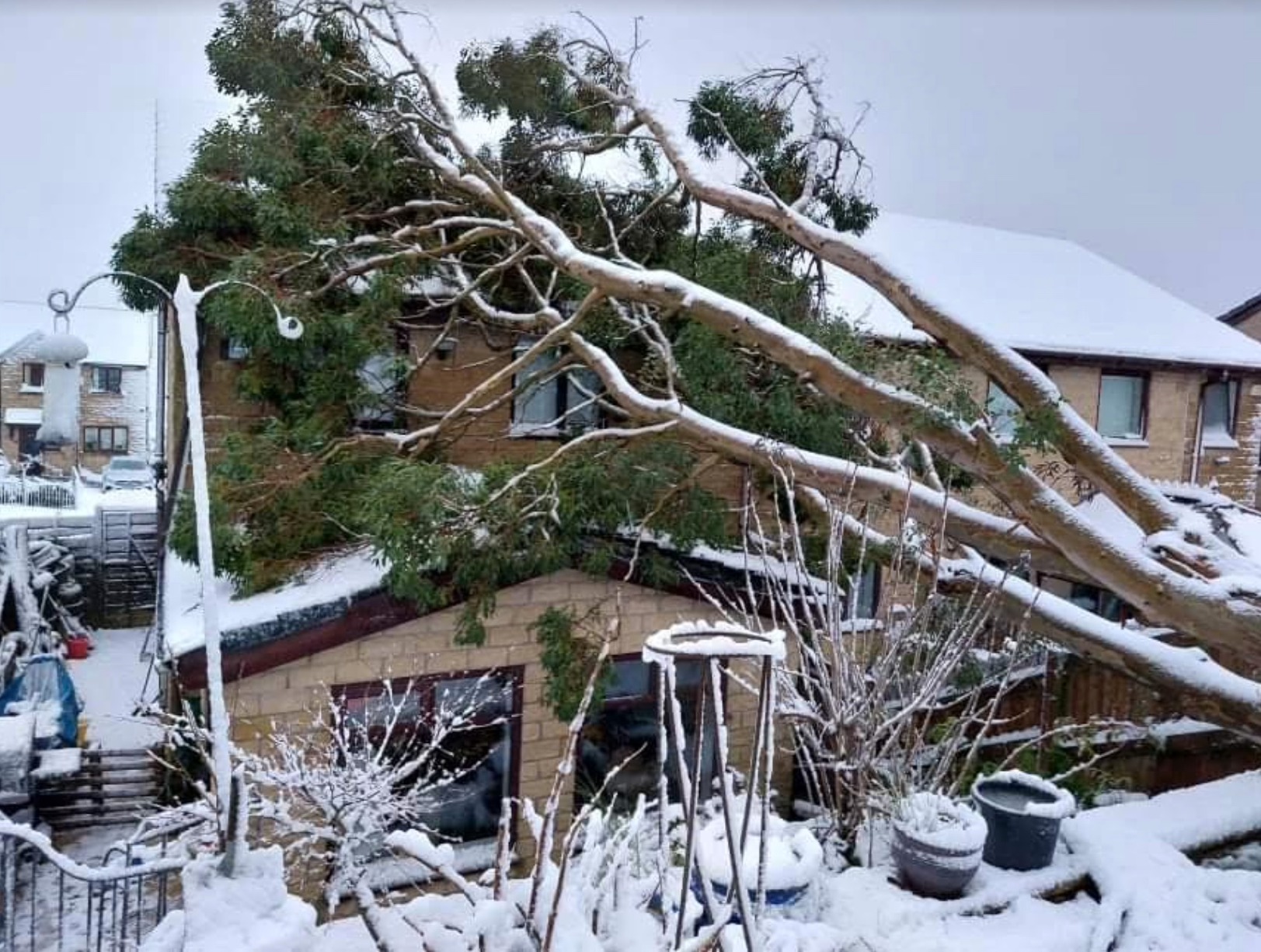 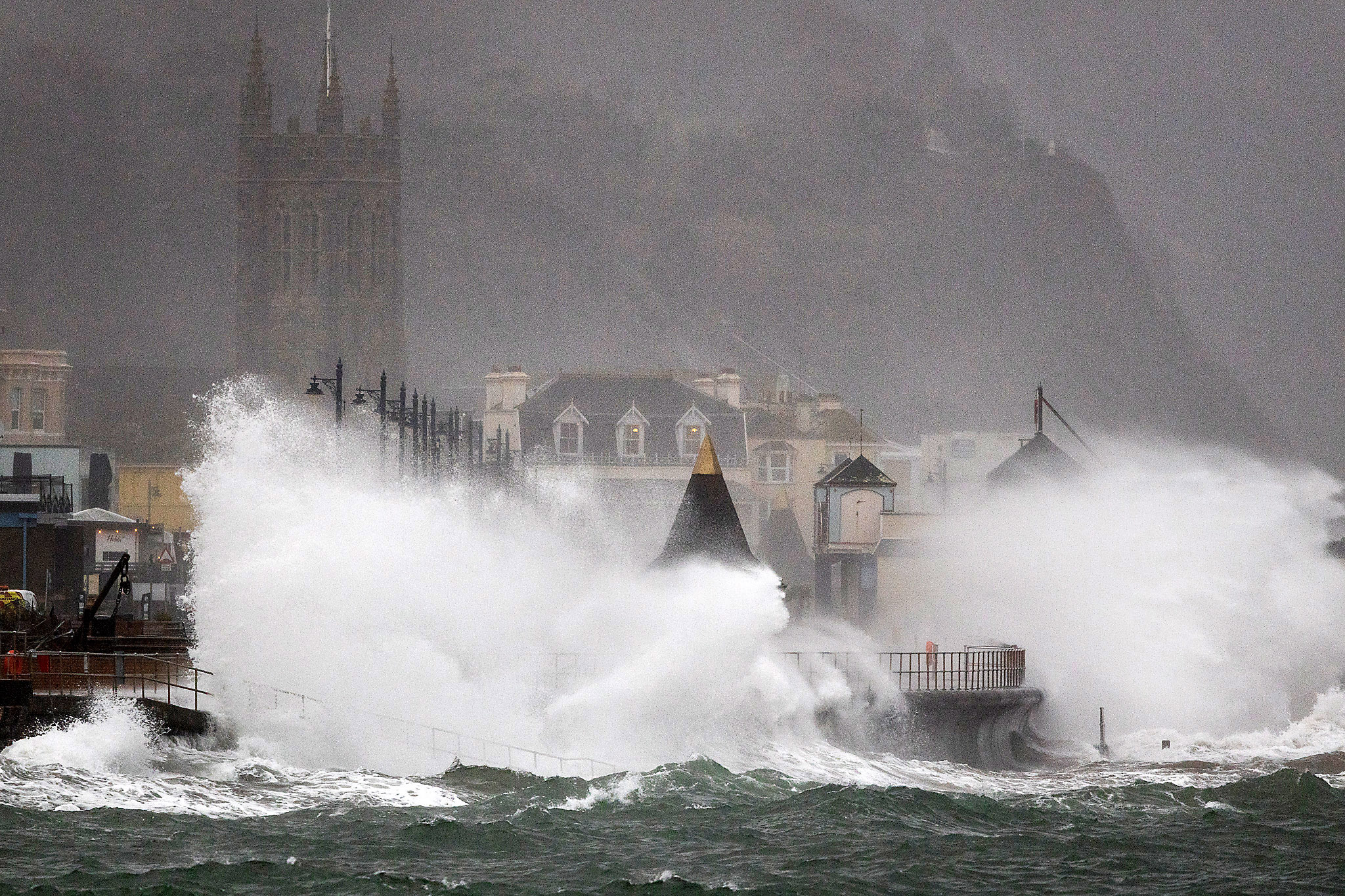 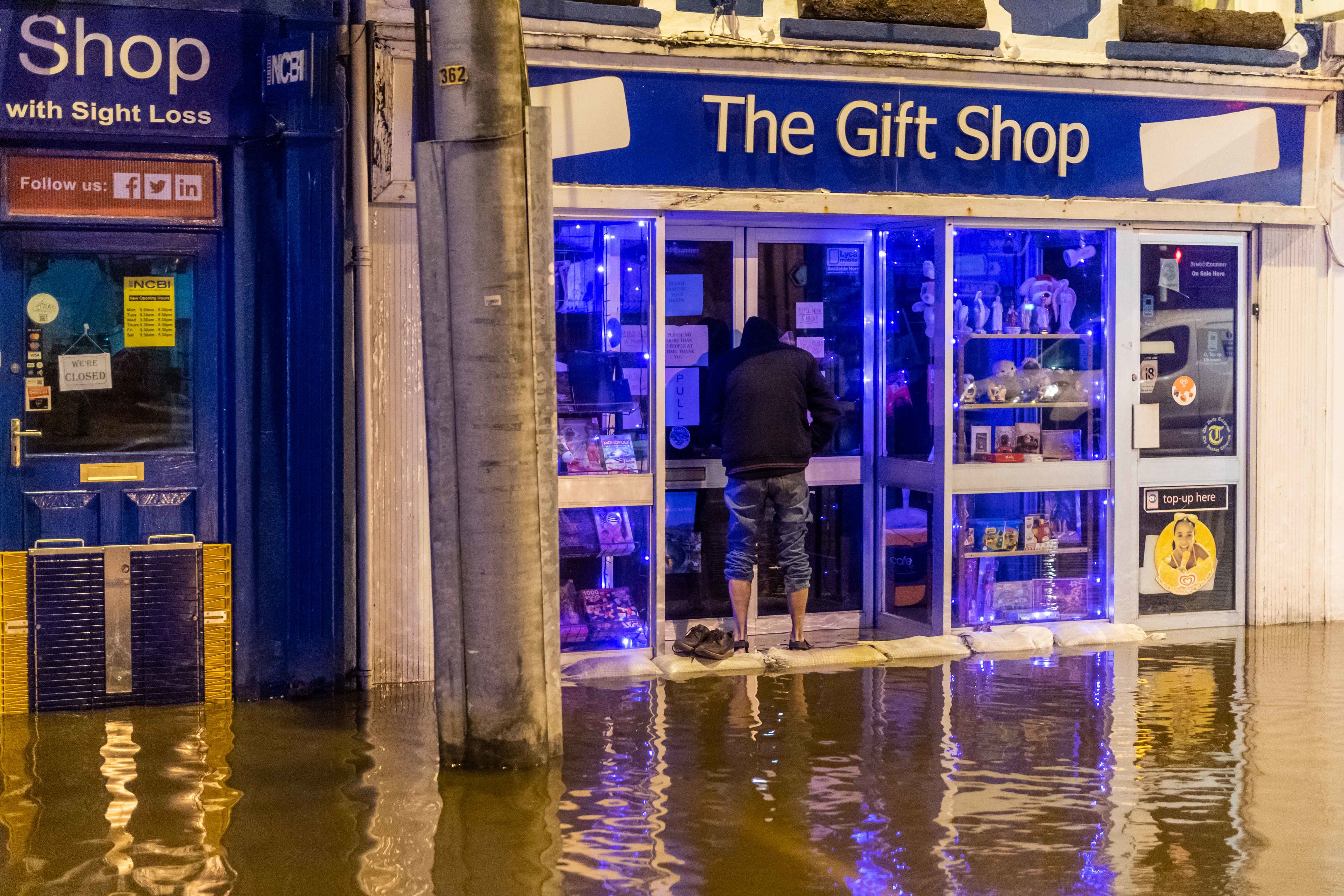 Further weather warnings remain in place for rain and windthroughout Wednesday in some areas.

The strongest gusts of wind will hit the South West, Wales and Scotland, with a "small chance" of "injuries and danger to life" occurring from flying debris and large waves.

One couple diced with death on Tuesday morning when a huge eucalyptus tree toppled onto the roof of their home in Rossendale, Lancs, this morning.

The tree was blown over by the 80mph winds onto Louise and Darren Hodgson's home, as Storm Barra makes itself known.

As gritters got to work in preparation of the snowfall, a teenage cyclist was horrifically trapped and crushed under a truck spreading on icy roads in Yorkshire last night.

Police said the youngster was pinned under the truck and suffered "serious lower-body injuries".

While there are no more weather warnings in place for the rest of the week, temperatures are set to plummet.

Currently, there are 36 flood alerts in place as heavy rain is also expected to hit the country.

The Environmental Agency said: “River, surface water and coastal flooding is possible on Tuesday and Wednesday due to spells of heavy rain and strong winds.

"Properties may flood and there may be travel disruption.”

The Royal National Lifeboat Institution (RNLI) has urged people to stay well back from the water's edge and to dial 999 for the coastguard in any coastal emergency.

However, Met meteorologist Aidan McGivern said Storm Barra's impact "will be a notch down compared to Arwen".

The Prime Minister today warned the country must be better prepared for extreme storms in the future.

"We need to learn the lessons for the future and make sure that we have better resilience against storms of this kind," he said.

"We haven't seen a storm as violent as Storm Arwen for a long time. It's likely to happen again, we have got to make sure that we protect people against it."

Other areas are expected to be affected as more bad weather is set to hit from Thursday.

A Met Office forecaster said: “Thursday will be rather cold in the North, and it then becomes wet and windy again, with Friday and Saturday also seeing hill snow likely.”

Meanwhile, forecasters have not ruled out the possibility of a White Christmas as December is set to be very cold with temperatures expected to reach -10C.

Mr Madden said: “December will start to turn very cold early on and these cold conditions will continue throughout the month.

“There are some notable snow events looking possible around just after the second week of the month, and these could be widespread and heavy wintry downpours.

“Christmas Day is looking largely dry and cold at the moment, but things can change, and we still can’t rule out a White Christmas.

“Throughout the month, widespread frosts and temperatures of -10C or below will be possible as north and north-easterly winds develop.” 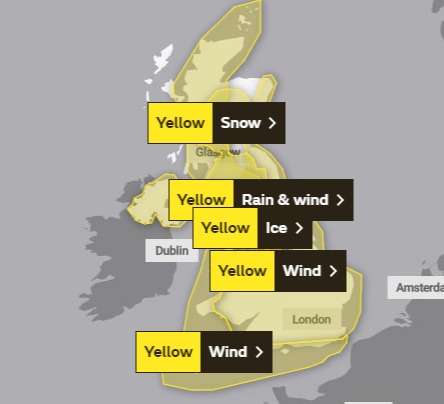 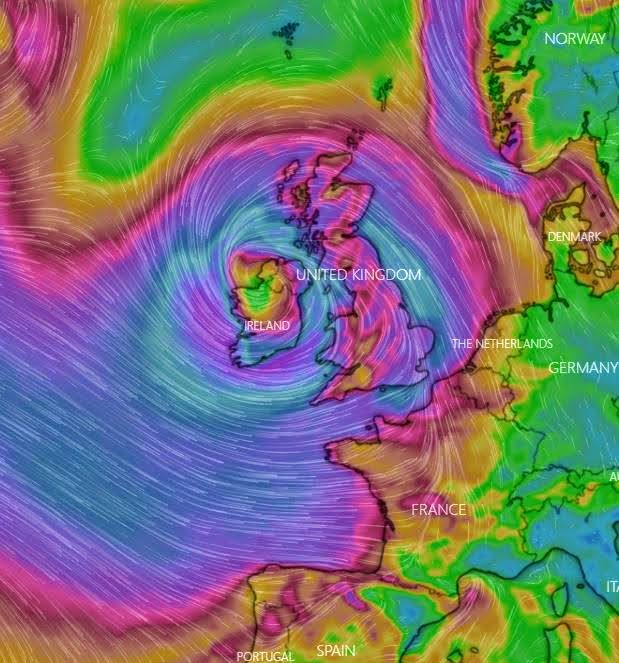 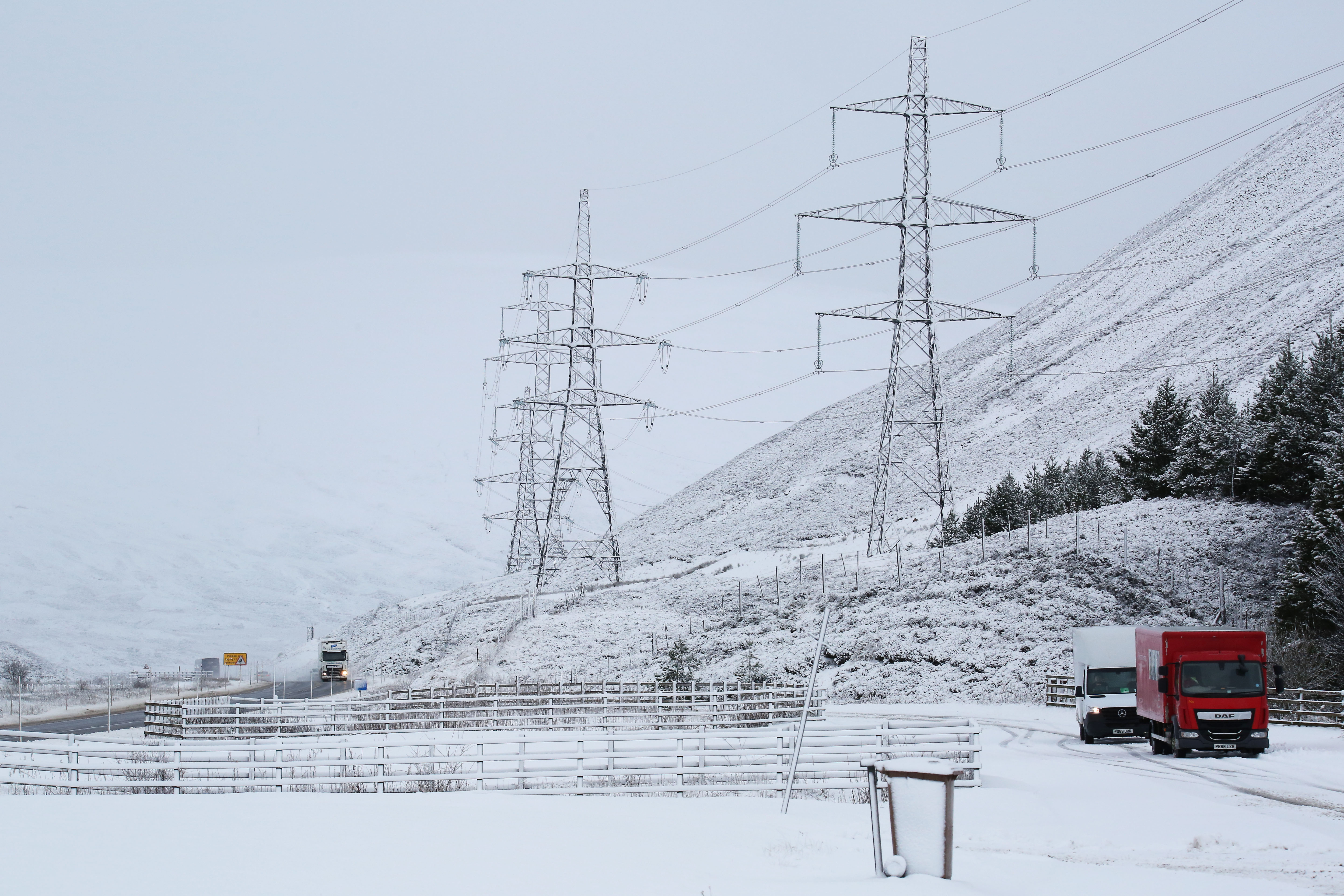