Home » World News » US election 2020: Is US election delayed as Donald Trump gets coronavirus?

US election 2020: Is US election delayed as Donald Trump gets coronavirus?

Donald Trump announced the news of their positive test on Twitter, writing: “Tonight, @FLOTUS and I tested positive for COVID-19. We will begin our quarantine and recovery process immediately. We will get through this TOGETHER!” The news has prompted speculation that the upcoming US election could be pushed back – and if he has infected anyone else – in particular Democratic candidate Joe Biden.

Mr Trump’s physician Sean Conley released a statement, saying the President and his wife “are both well at this time, and they plan to remain at home within the White House during their convalescence”.

The statement continued: “Rest assured I expect the president to continue carrying out his duties without disruption while recovering, and I will keep you updated on any future developments.”

The news comes only days after the President mocked his election opponent Donald Trump in the already infamous televised debate regarding his use of face masks and for not having large campaign rallies like himself.

Mr Trump, 74, is in a high risk category whereas his wife Melania, 50, is not known to be. 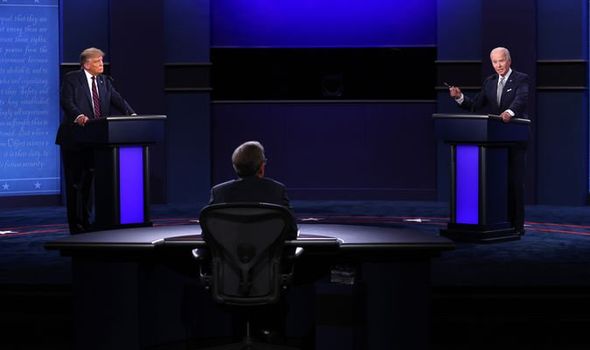 One of Donald Trump’s most senior advisers, Hope Hicks, tested positive for the virus on Thursday.

Hicks had flown with the president on Air Force One earlier on Wednesday and accompanied him to the first presidential debate.

Mr Hicks is not the only White House staffer to have contracted the virus.

As the President must now self isolate, he will now be unable to attend election rallies in Wisconsin, Florida and Arizona – as well as likely missing out on the next presidential debate.