VCE class of 2021 full of hope after another tough year

Preimi Raveendiran says her final school year could be summarised in a moment: waiting in her costume to perform on the opening night of her school’s musical Pippin when news came through that Melbourne would be locked down again.

“We didn’t get to do it at all,” Preimi says. “Pippin is really funny because it’s about a guy, basically, who is having a crisis of existence and tries new things in life, and I feel like it was a very big metaphor for the past two years.” 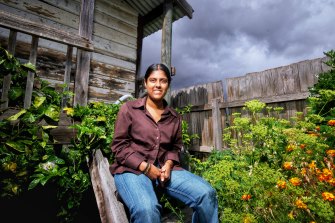 The University High School graduate is one of tens of thousands of young people in Australia keenly awaiting the release of her Australian Tertiary Admission Rank (ATAR) on Thursday morning.

Preimi was offered early acceptance into a bachelor of laws at Australian National University, but still hopes for a high ranking.

“Sometimes I wake up after a nightmare where I’m getting a pathetic ATAR and being like, ‘Oh no,’” she says.

“It’s more like an affirmation to me that I’ve done well or that I put in the work and I got something that makes sense. It’s a culmination of me throughout school trying my best.”

Outside of university in 2022, the 18-year-old hopes to move out of her parents’ home and join the university theatre club. Finally, she will get to take the stage.

“It’s like I’ve been in a cocoon for a while,” she says. “It’s [been] a lot of growing pains and development, learning, experiencing new things.” 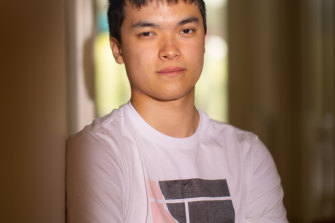 After watching the 2020 cohort struggle through a year of COVID-interrupted learning while taking one year 12 subject last year, Trinity Grammar student Laurence Armstrong entered this year with hope that things would be better.

“I thought it couldn’t be any worse and that things would be different this year,” he says.

But 2021 proved to be just as challenging for VCE students. Laurence’s school was forced into lockdown within days of Delta’s incursion into Victoria after a teacher tested positive.

Laurence says that while COVID-19 had been affecting his life for a year and a half by then, having it so close to him made it all feel alarmingly real for the first time.

“I remember having to stay home isolating,” he says. “Driving to get my tests, I saw people going for walks, and it felt like even though the world was dealing with COVID, that it was moving without me at that time.”

His classes remained as normal as possible, but he says that once COVID-19 had reached his everyday life, it was hard to keep the negative thoughts at bay or his stress under control.

Laurence says that this year also helped him to discover his internal resolve.

“I had to write the school newsletter every week, so even though I wasn’t feeling it, I had to find some optimism that this was the week things would go back, and that really taught me to push forward no matter what,” he says. 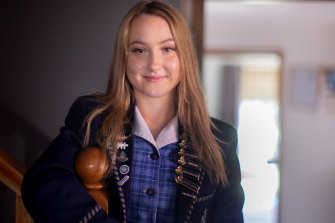 Mia Bellet’s experience completing her VCE during the pandemic was a tale of two vastly different years.

As a year 11 student at Thomas Carr College in Tarneit last year, Mia preferred working independently and wasn’t focused on school social events, so she coped happily with remote learning.

“I was in love with online learning in year 11,” she says. “I could spend more time with my brothers, eat whenever I liked. With my learning style, it fit really well and I was really happy with my results.”

Year 12 was a different matter.

“I just got sick of it,” Mia says. “I feel like I never understood the importance of having your teacher there to teach you face-to-face. And I did realise when you’re in year 11 your future isn’t relying on it as much, but when you’re in year 12 you think, ‘Oh my gosh!’”

Despite the disruption to her final years of schooling, Mia is feeling confident about results day. She hopes to study journalism at RMIT next year.

“I put in 100 per cent in every class but I never wanted to think, ‘Oh my gosh, this ATAR is my whole future and this is all that matters right now.’ If I put myself in that mindset I’d just be worried all the time.” 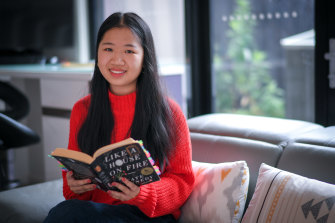 Box Hill High School student Victoria Quach got through year 12 with the support of her friends and teachers, even though she couldn’t see them in person. Credit:Eddie Jim

Like many of us, there were times during the pandemic when Victoria Quach wondered if it would ever end.

Each announcement that Melbourne’s lockdown would be extended drained her desire to keep plugging on.

“The biggest struggle for me was finding motivation,” she says. “It was hard finding that light at the end of the tunnel seeing the lockdowns keep on extending.”

Victoria, who was in year 12 at Box Hill High School this year, also worried about how some of her classmates were faring at home. Not all of them had access to good technology, and she worried that this would affect their chances of doing well.

Though she missed seeing her friends in person and couldn’t speak to her teachers face-to-face, Victoria says it was their support that got her through.

“I was happy to have the support of friends and teachers – they really tried their best, and I’m super grateful,” she says.

Victoria is hoping for an ATAR of at least 90. She wants to study science at university next year, or perhaps dentistry at La Trobe. She studied two hours a night all year, and hopes it will pay off.

“I had a high ATAR goal in mind, mainly for course entry, but I’m pretty happy with all the work I put in, so I’ll be happy with whatever I end up with,” she says. 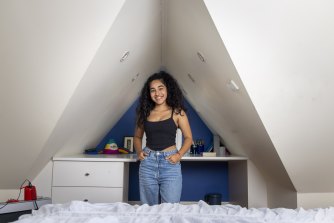 Maanya Kapoor is making up for lost time, doing everything she couldn’t do over the past two years while studying VCE. Credit:Wayne Taylor

Maanya Kapoor has an open mind on what she would like to do next after juggling the VCE, rowing before and after school, and serving as a house captain at Fintona Girls’ School.

“I honestly don’t know what to feel,” Maanya says before receiving her ATAR on Thursday.

The 17-year-old has applied for commerce/law at Monash and paramedicine at Deakin, and is also investigating an apprenticeship in automotive and mechanical technology.

Maanya went to Torquay for schoolies, but coronavirus and border closures have put her off the idea of a gap year.

This summer she is working part-time at a cafe and is itching to get her driver’s licence when she turns 18 in January.

Maanya says she feels more free now she is no longer a school student, and has been going to the beach most days since exams ended.

“I’ve been doing everything I’ve wanted to do for the past couple of years but haven’t because I guess I prioritised study,” she said.

Maanya said her small school supported her by continuing its regular schedule during remote learning.

“It was pretty smooth apart from obviously the lockdowns and everything,” she said.

Check in with The Age’s VCE results day live blog from 6am on Thursday, December 16.