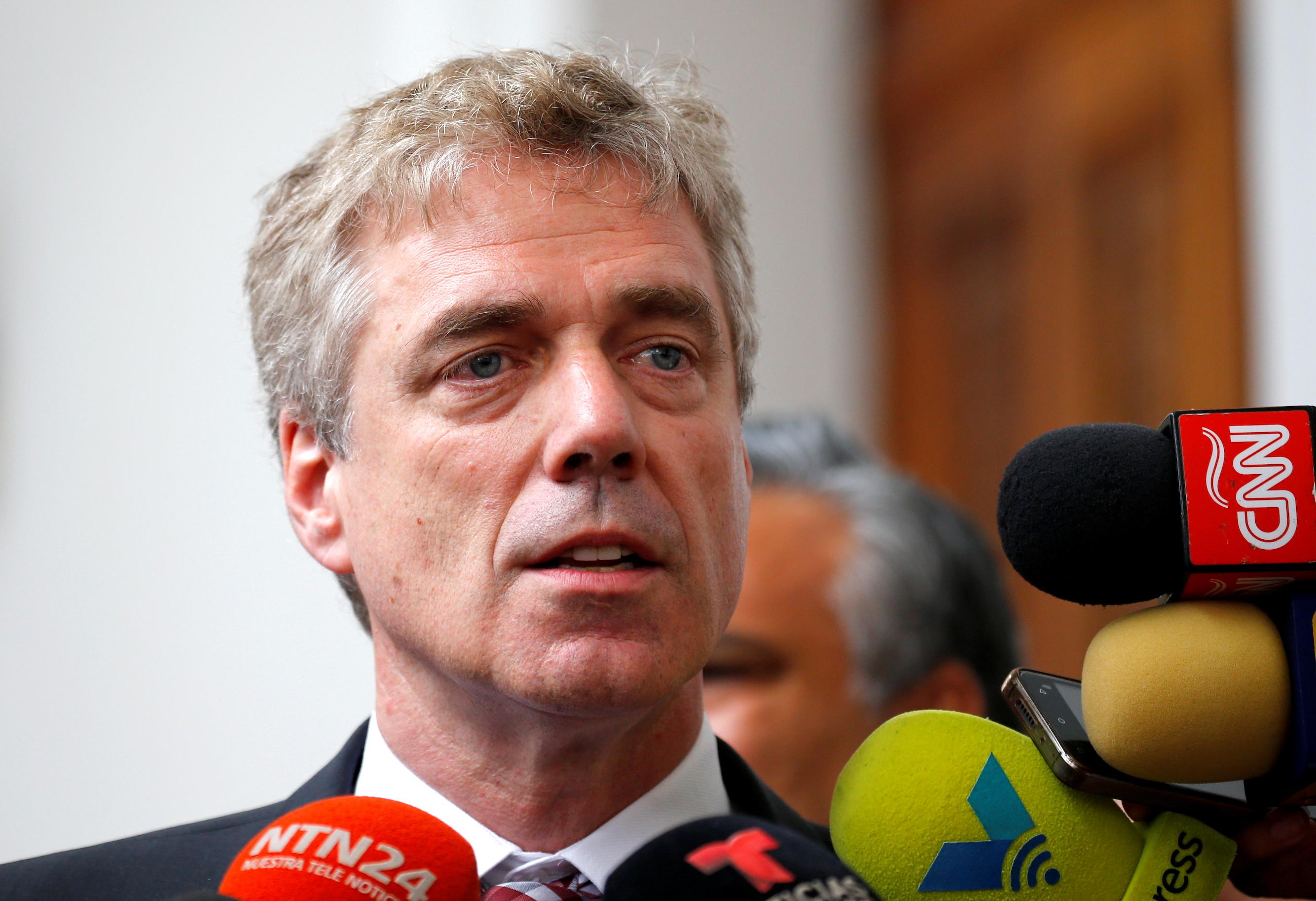 CARACAS (Reuters) – The Venezuelan foreign ministry said on Monday it had agreed to the return of the German ambassador whom President Nicolas Maduro’s government expelled in March after he had gone to Caracas airport to greet opposition leader Juan Guaido.

Foreign Minister Jorge Arreaza said in a statement that Ambassador Daniel Kriener would return to Venezuela with the German government’s permission, in the context of a process “to normalize the diplomatic relations between both states.”

The German embassy did not respond to a request for comment.

Kriener went to the airport with other European ambassadors to welcome Guaido upon his return to Venezuela from a tour of Latin America to muster support for his campaign to oust Maduro.

In February, the German government publicly said it recognized Guaido as Venezuela’s legitimate head of state.

Guaido, a member of the National Assembly, invoked the Venezuelan constitution in January to declare himself interim president, denouncing Maduro as an usurper who had secured re-election last year in a vote that was widely viewed as fraudulent. Maduro, who retains control of the state and the military, calls Guaido a U.S.-controlled puppet trying to foment a coup.

(This story refiles to change headline)