CARACAS (Reuters) – Venezuelan opposition leader Juan Guaido on Thursday urged the European Union to officially label as “blood gold” the precious metal informally mined in the country’s southern jungles as he seeks to increase pressure on the government of President Nicolas Maduro. 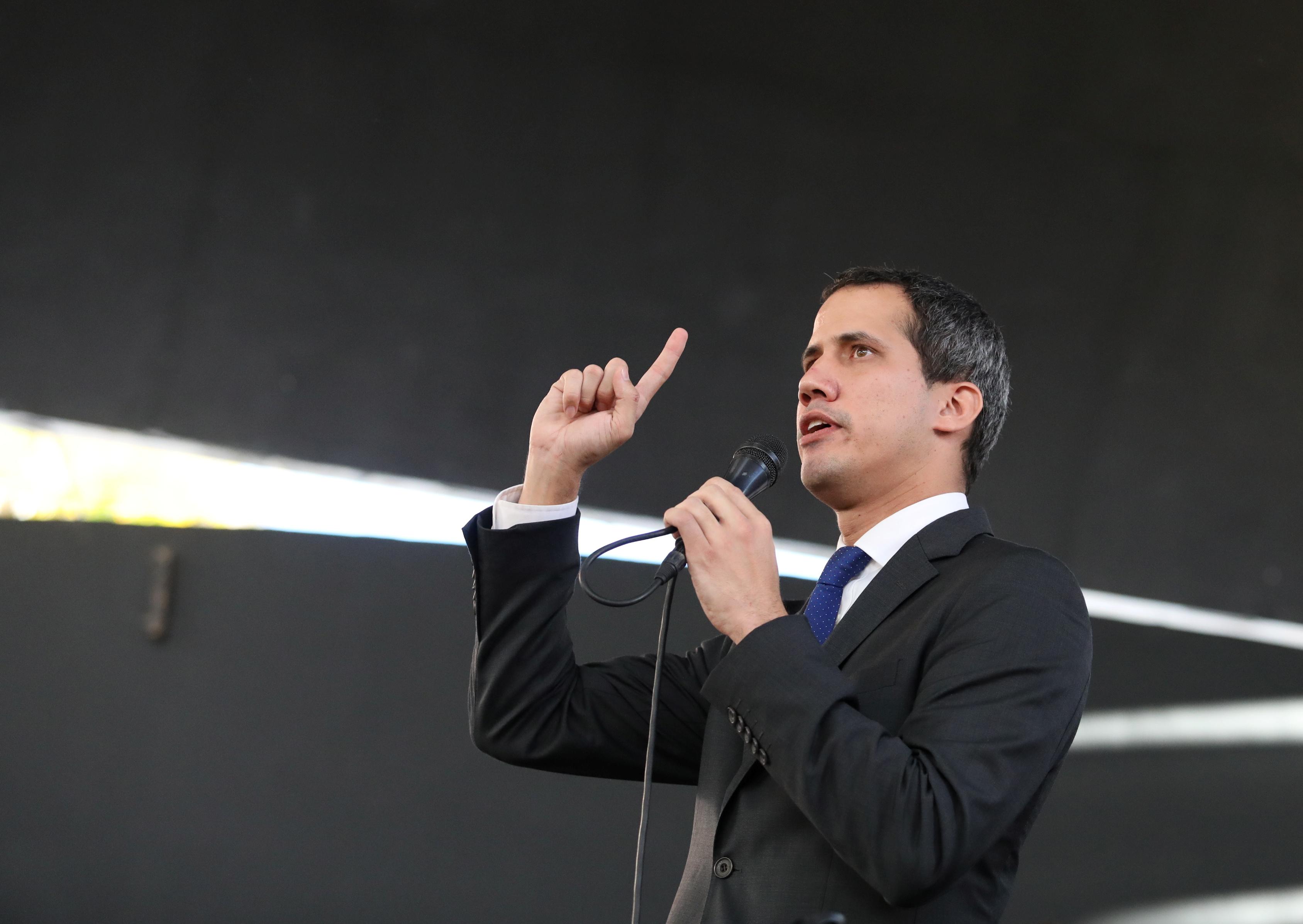 Maduro’s government since 2016 has supported artisanal mining in the Venezuelan Amazon to bring in revenue amid an economic crisis, an effort that expanded as Washington increased sanctions meant to force the ruling Socialist Party from power.

The initiative has been criticized by environmental activists and rights groups for contaminating watersheds with mercury and fueling massacres as gangs battle for territory.

In an interview with Reuters, Guaido said the EU should use a label to limit the trade of Venezuelan gold, the way the “blood diamond” campaign of the 1990s targeted diamond sales that financed armed conflict in Africa.

“I think Europe can take steps in this direction by not allowing the trade of (Venezuelan) gold in Europe… and to clearly label it ‘blood gold,’” Guaido said.

“What is it used for in Venezuela? To finance irregular (armed) groups,” he said, referring to Colombian guerrillas that are increasingly present near gold mining operations.

The United States, along with the EU and more than 50 other countries, recognizes Guaido as Venezuela’s legitimate president. In 2019, Washington broadened its sanctions program against Maduro in the hopes of pushing his government from power.

But Maduro has hung on, skirting sanctions on the OPEC nation’s oil industry with the help of allied Russia and through the sale of gold produced by the artisanal miners, who are often linked to organized crime.

Trump administration sanctions already prohibit U.S individuals and companies from trading Venezuelan gold, some of which has been sold to Turkey – another Maduro ally.

A Guaido representative in September said Maduro’s government was selling gold in Europe to bypass sanctions.

The EU has imposed sanctions on top Venezuelan officials and blocked sales of weapons to Maduro’s government but has not specifically prohibited the trade of gold.

The press office for the European External Action Service did not immediately respond to a request for comment.

The Reuters interview was Guaido’s first with foreign media since Maduro’s security forces tried unsuccessfully to prevent him from getting re-elected as the head of the opposition earlier this week.

On Sunday, Maduro’s allies tried to install a rival opposition head and group of legislators after security forces moved to block Guaido and his supporters from entering parliament.

“We will do everything possible to continue doing our jobs,” Guaido said in reference to parliament.

The proposal had involved CAF providing $350 million in funds that would be overseen by the United Nations. The plan was broadly criticized as expensive and impractical, and generated concerns that Maduro’s government would ultimately have influence over the use of the funds.

“There are alternative mechanisms that don’t involve adding to the country’s debt, and at a lower cost,” said Guaido.

CAF and the UN office in Venezuela did not immediately respond to requests for comment.

The blackouts have undermined the functioning of everything from routine commerce to hospital emergency rooms. Especially hard hit has been the western state of Zulia, where citizens routinely go 12 hours without power.