Victim, 21, lost her eye after her boyfriend’s jealous ex told her partner to ‘f***’ her up and beat her with a metal pole

A woman lost her eye after her new partner’s jilted ex-girlfriend instigated a violent attack on her, which saw her battered with a metal pole.

Kelly Howard urged her new boyfriend Dean Rowlands and another man, Thomas Pindair, 30, to ‘f*** up’ the face of Holly Catherall, who had begun a relationship with Howard’s ex-partner.

Rowlands, 31, attacked 21-year-old Ms Catherall and hit her repeatedly in the face with a pole in Haverfordwest, Wales, in July 2018, Swansea Crown Court was told.

The court heard that mother-of-three Howard cheered on as Rowlands battered Ms Catherall with a metal pole, which resulted in the loss of her left eye. 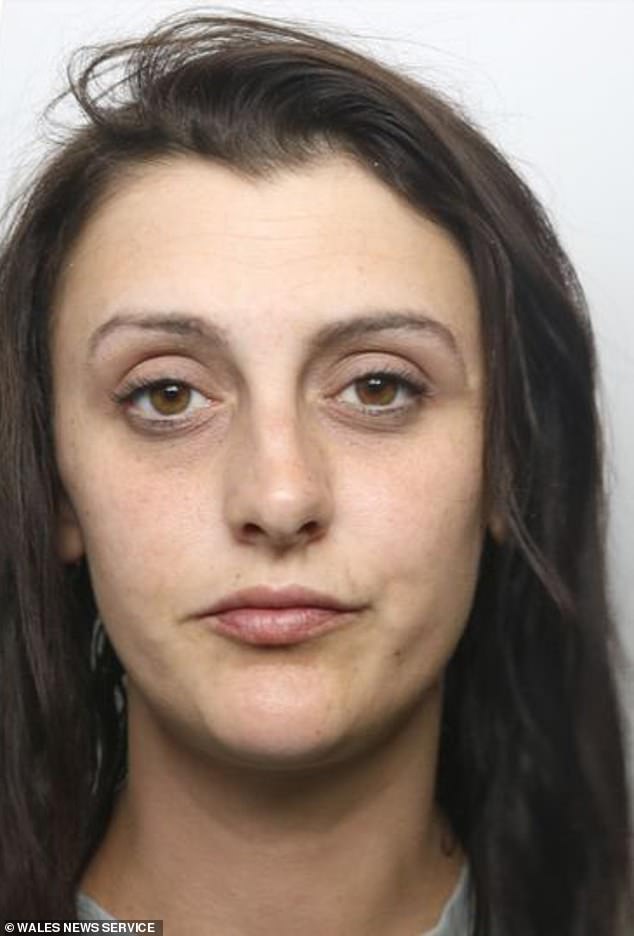 Kelly Howard (pictured) urged her new boyfriend Dean Rowlands and another man to ‘f*** up’ the face of Holly Catherall, who had begun a relationship with Howard’s ex-partner

In a victim statement, Ms Catherall said: ‘The last thing I saw was the look on Dean Rowlands’ face when he swung the pole into my face.

‘It was evil. He really wanted to hurt me.’

Ms Catherall added that she was bleeding so badly that she was unable to ‘scream’ or cry out for help, but was only able to ‘gurgle’.

She underwent a ten-hour operation and had 40 stitches around her eye, but it could not be saved, the court was told.

Howard denied affray following the attack on Ms Catherall, but was found guilty after a trial.

A judge told her she had been ‘unable to accept’ that Ms Catherall had started seeing her former partner.

James Hartson, defending Howard, said: ‘She did not acquit herself very well that day.

‘During interview she was distraught and expressed genuine remorse for the injury and her own role.’ 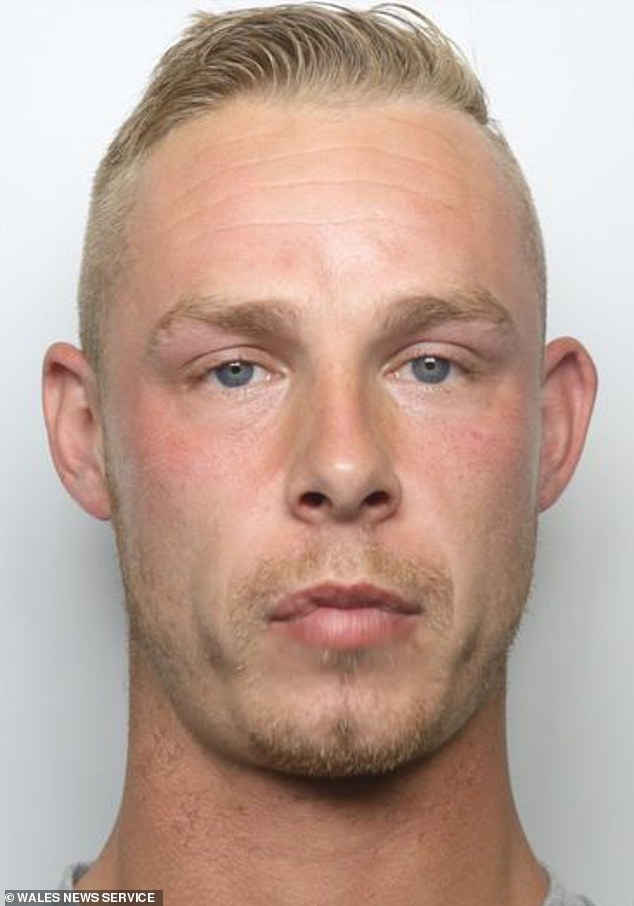 Rowlands (pictured), 31, attacked 21-year-old Ms Catherall and hit her repeatedly in the face with a pole in Haverfordwest, Wales, in July 2018, Swansea Crown Court was told

Jon Tarrant, mitigating for Rowlands, said picking up the pole had been ‘instantaneous and opportunistic’.

‘During the incident you used a weapon to inflict a very grave injury on Holly Catherall.

‘In my judgement that violence was instigated initially by your partner Kelly Howard because she resented her former partner was in a relationship with someone else but you willingly and enthusiastically entered into verbal abuse and threats of serious violence and in the course of violence a young woman lost her eye.

‘The last thing she saw or will see in her left eye was you about to strike her.’

He also told Howard: ‘In my judgement you instigated the violence because you were unable to accept the fact your former partner was in a relationship with another woman.’

A third defendant, 30-year-old Thomas Pindair, was handed a suspended sentence for actual bodily harm, after admitting taking part in the attack.