Early in her career, Detective Senior Sergeant Joy Murphy phoned up a colleague about a position available in a suburban crime investigation unit, which had never been held by a woman.

“I thought, I’ll do the right thing before I actually put the application in, so I rang up and spoke to the senior sergeant,” she recalls. 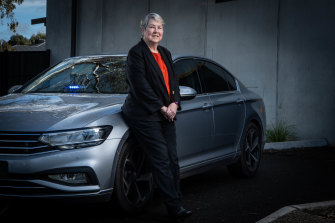 “He said, ‘Well, if you get the job, I’ve got a job for you to do’. And I said, ‘What?’ He said, ‘Make sure you’ve got sharp nail scissors … because the grass outside my window needs cutting every week’.

“I just thought, I wouldn’t work for you in an iron lung,” she says, laughing. “I didn’t even put in for it.”

After almost 49 years in the police force, Detective Senior Sergeant Murphy – Victoria Police’s longest-serving woman – has a few similar stories to tell. At one crime investigation unit, she arrived at work in the 1980s with a new hairdo and an inspector bluntly told her he didn’t like it.

“I said I don’t like yours. And he was bald as a badger.

“At another CI [crime investigation unit] I went to, the chief inspector said the tea towels need washing. And I just said, not me. I never washed a tea towel the whole time I was there … I just laughed it off. I gave as much as I got.”

Recognised by the International Association of Women in Policing as the longest serving female police officer in the world, Detective Senior Sergeant Murphy knows more than most how the role of women within the force has changed.

Now in her late 60s, she graduated from the police academy in 1973, inspired to join by her brother. 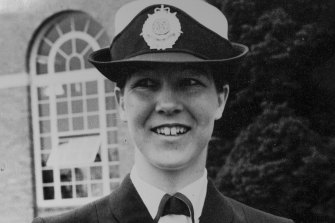 Joy Murphy at her graduation from the police academy in 1973. Credit:Justin McManus

In those days, all women who graduated went to Russell Street police station, where there were only a limited number of jobs available for women. But that changed with the introduction of the Equal Opportunity Act in 1977, she says.

“I remember one policewoman I knew who was senior to me, she went to the homicide squad, but she was there as a stenographer … so we got channelled into female roles prior to the Equal Opportunity Act. When that came in, it changed things fairly substantially for women in the organisation.”

Detective Senior Sergeant Murphy became part of Victoria Police’s first rape squad, made up of six women who were on call to go anywhere across the state and take statements from victims and help them get a medical examination.

For the majority of her career, she has worked in sex crimes, an area of policing she says has changed a lot. She was promoted to senior sergeant at the sex offender squad in the 1980s, and worked hard to introduce more measures to help victims when they reported to police.

In the 1980s, she began engaging with the newly opened sexual assault centres, talking to their practitioners to try and find out why so many people weren’t coming forward to report sexual assaults to police.

“I tried to introduce some strategies that improved our response, so victims would feel more comfortable in doing that,” she said.

“It wasn’t well received initially. I had staff objecting to the things that I was asking them to do, which wasn’t all that different. It was just a mindset and a change in approach as to how we do it and giving that victim time, and certainly giving them information so that if they make a decision that’s informed.

She says many of the things she worked hard to introduce to make the process better for victims when reporting sexual crimes are now in place. “It took a little while for some things to happen,” she says, “but that’s normal.”

“I’m proud of what I’ve done over those years.”

These days, she works within the sex offender management unit at Mernda police station. She doesn’t baulk when she sees the crime statistics showing a rise in the number of sexual assaults – more conversation around sexual offending has led to many more people coming forward to report compared to previous years, she says.

“Some people still don’t report but a lot more do that wouldn’t many years ago. And some of that’s about improvements in policing,” she says. 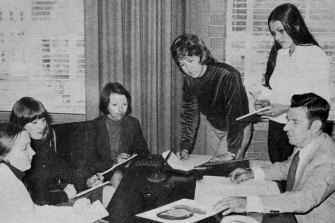 The rape investigation squad in the 1970s looking at a photofit of a wanted offender. Detective Senior Sergeant Murphy is third from the right. Credit:Victoria Police

She has received several commendations during her long career, one for her work during the Black Saturday bushfires, and another for helping to catch a serial rapist in South Yarra in the late 1970s. The man had done more than 30 home invasions and rapes in the South Yarra area and police had been on his tail for weeks.

One night, Detective Senior Sergeant Murphy saw a man walking towards her car. He looked exactly like the photofit image of their suspect that had been circulated for weeks at the station.

“It was him, I knew it was him. So I jumped out of the car. And he saw me and he took off down the laneway, I chased him down the laneway … We called in resources, got a dog in, and eventually the dog sniffed him out and we got him.”

Despite locking many crooks away, she says policing is all about helping people, and that doesn’t just mean victims. On one occasion, when putting a man in jail for two weeks for burglary, he expressed concern that his dog and three chickens had no one to look after them.

“So I went and fed his dog and three chooks for the next two weeks,” she recalls. “A few months later, it was Christmas. And I got a Christmas card from him with a 50 cent Tatts ticket in it. You know, I’m proud of that, because a lot of people wouldn’t have done that.

“A lot of offenders are just people who made bad mistakes. They’re not necessarily bad people. And so you’re helping them to get onto a better path in life.”

Now, with 48 years under her belt, Detective Senior Sergeant Murphy is thinking about retirement – but not until she hits 50 years with the force.

“I could stay longer, but I think it’s probably time to go then,” she says. “I love the work that I do. Particularly in sexual assault and the advances that have been made within Victoria Police and the community and how we deal with sexual assault.

“I feel like I can claim a little bit of responsibility for some of that. I’m quite proud of that.”