Video: Chunky raccoon stuck in a roof in Ontario

Cartoon raccoon: Chunky critter gets stuck with its legs sticking out of bungalow roof after trying to break into attic

This is the moment a large raccoon got stuck while trying to break into a house in Ontario by boring through the roof.

The mammal got stuck head first with its rear legs and tail outside the house, while its head and front paws were in the cavity underneath the roof tiles.

Pest control specialist Scott Liddle climbed onto the roof of the house after being called by the house owner. 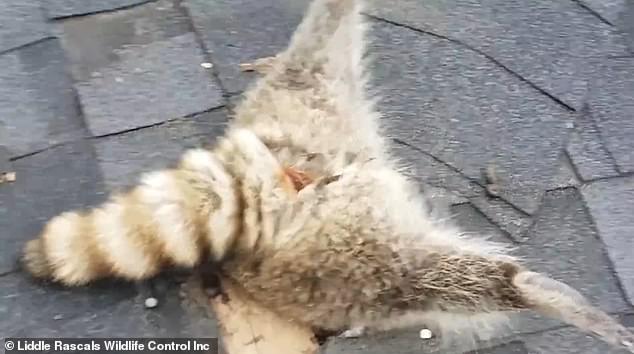 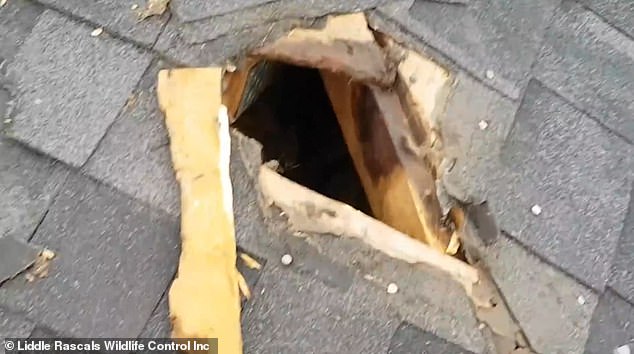 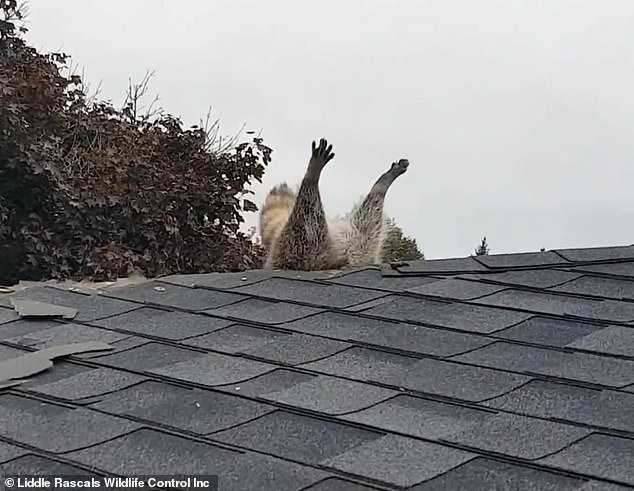 Amazingly, despite being stuck upside down in the roof, the raccoon was still alive

Liddle had a special snare on the end of a 10-ft pole to secure the raccoon to prevent the animal from disappearing inside the attic.

Approaching the animal, Liddle looped the snare around the animal’s midriff and attempted to lever from the hole.

The pest control agent tried to use his knee as a pivot point to increase the force pulling the raccoon from the roof, but unfortunately for the animal, it was firmly wedged in place.

Giving a running commentary, Liddle said: ‘ This is what you call karma.’

After failing in his first attempts to remove the raccoon, Liddle returned with a pry-bar which he used to lever up one of the roof lats.

By making the hole in the roof larger, Liddle was able to free the raccoon by giving the animal a good tug.

He then carried the animal to the edge of the roof and used the pole to lower the raccoon to the ground and release it from the snare.

Liddle told the camera: ‘I just relased him. He seemed okay. He lost a little bit of blood to his legs.’

The animal technician panned his camera across the garden as the raccoon made its way gingerly down the side of the house. 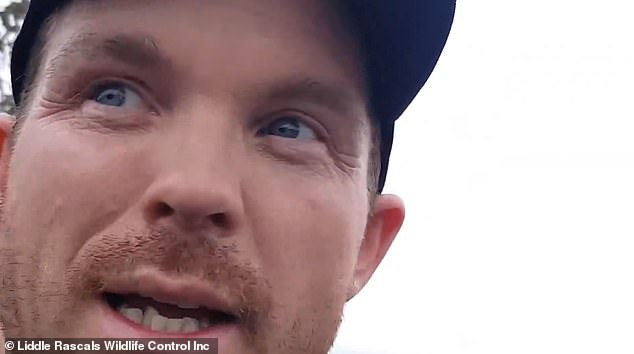 Scott Liddle, pictured, managed to free the animal and release him into the garden. He said: ‘He seemed okay. He lost a little bit of blood to his legs’