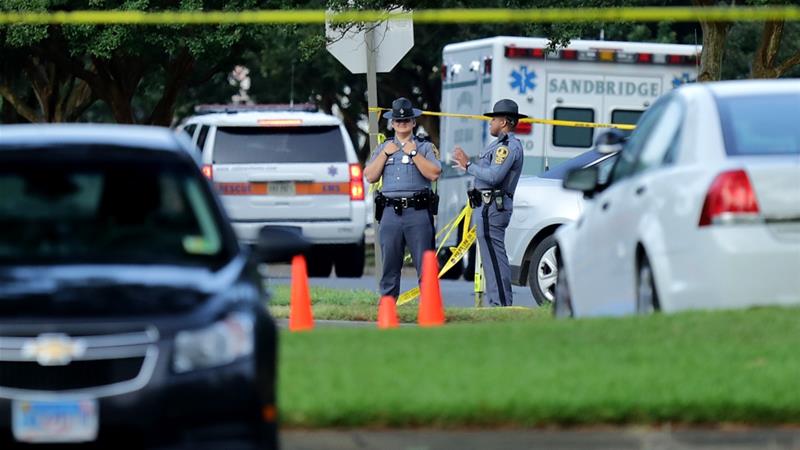 At least 12 people were killed in Virginia Beach – a city in the US state of Virginia – on Friday when a gunman opened fire at a municipal centre, in the latest mass shooting in the country.

Police on Saturday identified the gunman as DeWayne Craddock, who fired indiscriminately at his workplace colleagues, sending coworkers scrambling for cover before police fatally shot and killed him, authorities said.

Several others were wounded in the shooting – the worst since a high school shooting left at least 17 people dead in 2018.

Virginia Beach police chief James Cervera said the gunman entered the municipal centre and “immediately began to indiscriminately fire upon all of the victims”.

Police entered the building and got out as many employees as they could, then exchanged fire with Craddock, who was killed, the chief said.

Cervera added the suspect was armed with a .45-calibre handgun equipped with a “sound suppressor” device and was reloading his weapon with extended ammunition magazines as he moved through the building.

The police chief declined to comment on any possible motive but said additional weapons were recovered at the scene and from the suspect’s home. 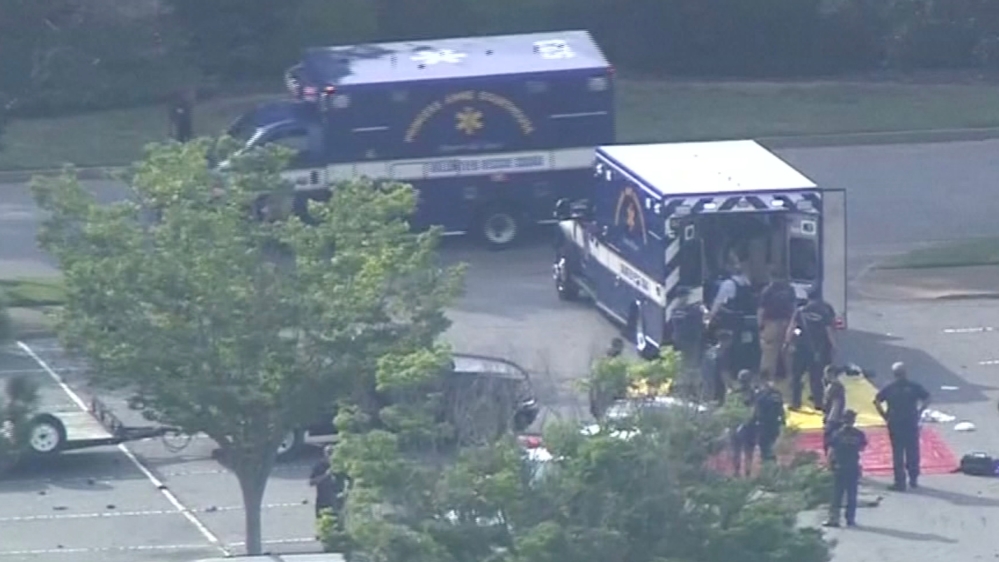 The city’s mayor, Bobby Dyer, called it “the most devastating day in the history of Virginia Beach” [WAVY-TV/NBC/via Reuters]

Virginia Beach City Manager Dave Hansen said at a press conference on Saturday that Craddock had been employed by the city for 15 years as an engineer.

Hansen said Craddock was still employed at the time of the shooting on Friday afternoon and possessed a security pass that allowed him access to non-public areas of the municipal building.

Neither Hansen nor Cervera would comment on whether Craddock was facing disciplinary or termination proceedings at the time of the shooting.

The city’s mayor, Bobby Dyer, called it “the most devastating day in the history of Virginia Beach”.

A public works employee told a local NBC television news affiliate that employees were at their desks when gunshots rang out and recounted seeing a badly injured woman in a stairwell, WAVY-TV reported on its website.

Megan Banton, an administrative assistant who works in the building where the shooting happened, said she heard gunshots, called 911 and barricaded herself and about 20 colleagues inside an office, pushing a desk against a door.

“We tried to do everything we could to keep everybody safe,” she said. “We were all just terrified. It felt like it wasn’t real, like we were in a dream. You are just terrified because all you can hear is the gunshots.”

Virginia Governor Ralph Northam said in a statement he was devastated by the “unspeakable, senseless violence”, and is offering the state’s full support to survivors and relatives of the victims.

The White House said President Donald Trump had been briefed and was monitoring the situation.

The precise circumstances of Friday’s shooting were being investigated, with FBI agents and Homeland Security Department forensic technicians assisting local police due to the “size and scope and intensity” of the crime scene, Cervera said.

The municipal centre lies several miles inland from the town’s popular seashore, situated on the Atlantic coast at the mouth of the Chesapeake Bay.

It ranks as Virginia’s most populous city with roughly 450,000 residents.

Friday’s shooting was believed to be one of the deadliest acts of workplace gun violence in the United States. In February, a factory worker shot five colleagues to death in Aurora, Illinois, just after he was let go from his job.

The US House of Representatives approved two bills in February to toughen background checks for gun purchases, but the legislation faces opposition from the Republican-controlled Senate and the White House.

They were the first major gun control measures approved in Congress in years.

Although Republican President Trump has said he supports stronger background checks, he has so far toed the party line on gun control legislation, leaving Washington deadlocked on how to address frequent mass shootings in the US. 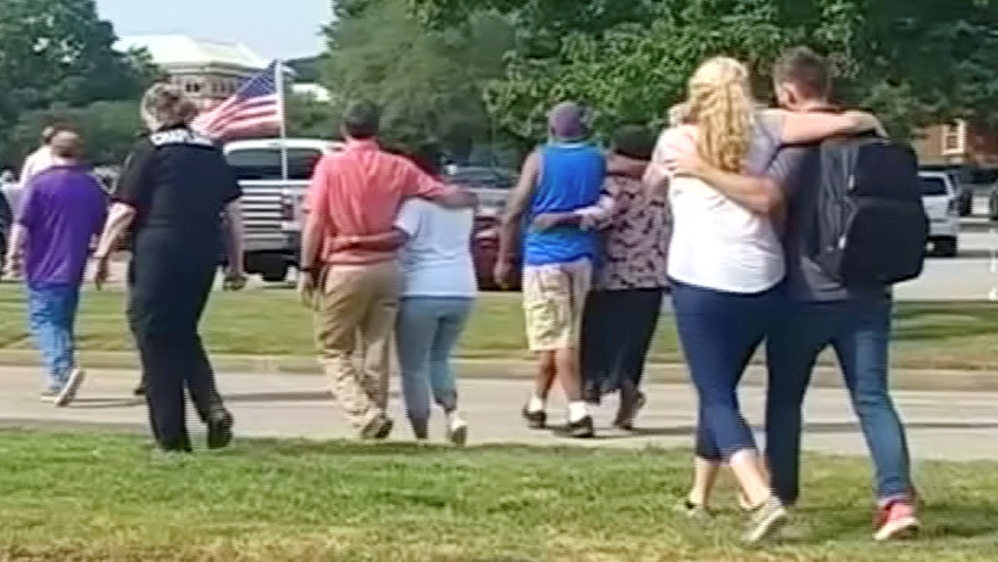 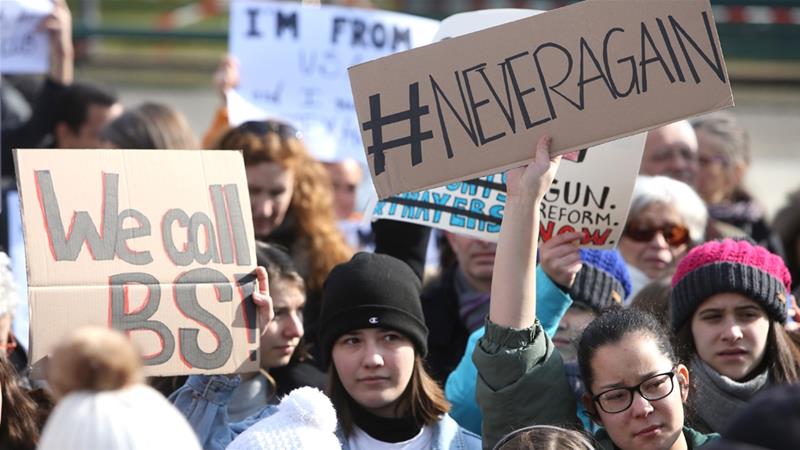