Ukraine’s military located the Russian vehicles driving in a remote part of Ukraine before obliterating them.

The Russian truck can be seen blowing up in a ball of flames after being struck by Ukraine’s army.

The ongoing war in Ukraine has been heating up as Russian troops have once again begun their heavy bombardment of the capital city Kyiv, but Ukrainian forces have been fighting back with gifted top-of-the-range weapons from Western allied countries such as the UK and Germany.

The Ukrainian military truck can be seen driving around what appears to be a rural part of Ukraine, before parking under the cover of some trees.

Ukrainian forces continued to track the truck before dropping rounds of heavy artillery on the vehicle.

The vehicle can be seen blowing up into a big ball of flames before being engulfed by a cloud of thick grey smoke.

The explosion was so intense that a thick cloud of smoke covered the surrounding areas, leaving the camera unable to find any last remanence of the truck.

No casualties have been announced by Russian forces as of yet, but there appeared to be no fleeing Russian soldiers after the onslaught.

JUST IN: Horror scenes as man lays severed head outside court – ‘He sat there a few metres away’ 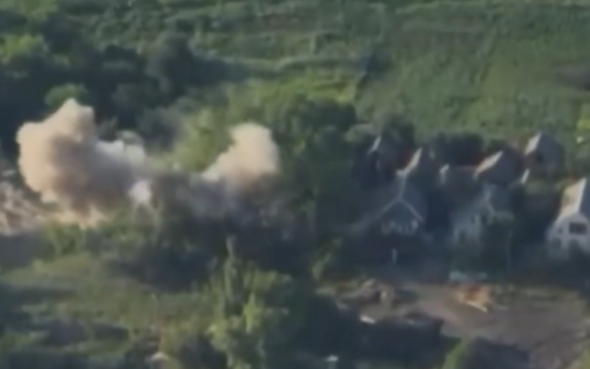 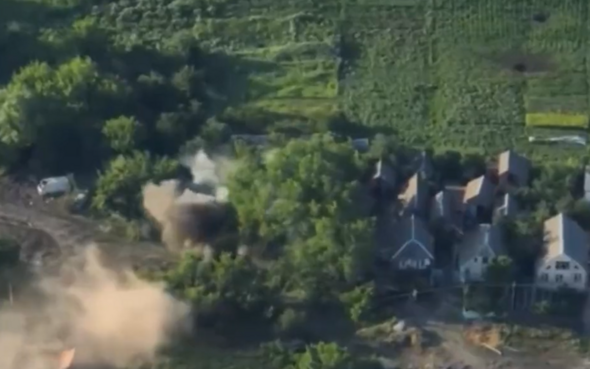 Twitter users have been reacting to the footage of Ukraine destroying a Russian military truck.

One user @Iggy_Igz said: “Russia would have levelled every building 5km away and then hit everything but the truck.”

@Nitten92 said: “When you see all the birds fly away safely but the Russians didn’t make it.”

@ArdentLieutena1 said: “Love it. No Russian is safe.”

@1960Rsloss said: “The cockroaches can’t hide and destroy them.”

@PaddyKennedy said: “you can run but you can’t hide…”

@Rutillo70240642 said: “Surgical mode. The 92nd Mechanized Brigade reports that no birds were harmed during the filming of this video.” 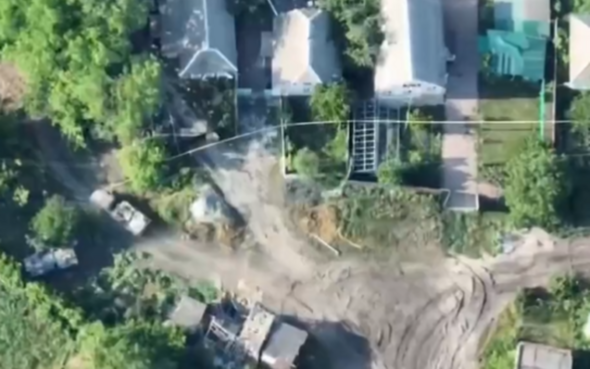 Western countries are continuing to supply Ukrainian forces with top-of-the-range weapons in order to help them push back the Russian advance on their land.

Dr Watling said: “I don’t think it’s a significant shift in Government policy the UK has been determined to provide Ukraine with what it needs.

“And these systems are precisely what Ukraine needs, they allow the Ukrainians to outrange a lot of the Russian artillery systems.

“And also to strike with precision, these will strike as precisely as the coordinates that they receive.

“And so that means that the Ukrainians can start to knock out and hold at risk the Russian artillery that is at the moment systematically destroying towns across Eastern Ukraine.”