Ahead of President Trump’s state visit to the UK, he said that Britain has to be very careful on Huawei’s involvement in building a 5G network in Britain. The US has been outspoken regarding its concerns that Huawei is controlled by the Chinese government and so could be a global security threat. Mr Trump is expected to bring up the issue of Huawei today, Tuesday June 4, during his state visit. 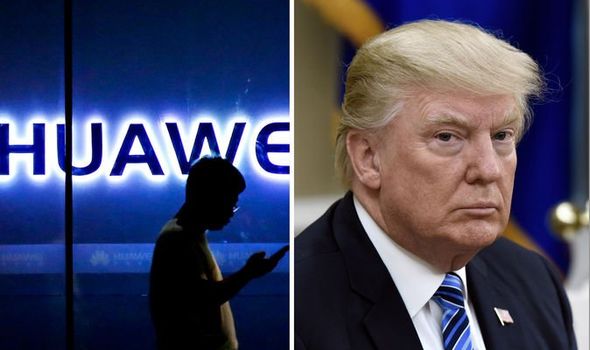 On the issue of national security, the British Government should lend him a sympathetic ear this week

Mr Hague wrote in his Daily Telegraph column: “On the issue of national security, the British Government should lend him a sympathetic ear this week.

“We should send him home with something more than the warm feelings endangered by the undiminished British ability to host the best parties in the world.”

Theresa May has said that a decision has not yet been made on Huawei’s involvement in building a 5G network in Britain.

Mr Hague said: “For on the vexed matter of using Chinese technology for advanced communications networks, in particular by Huawei, Trump has a good case for what he is doing.

“He deserves our support, and some helpful advice about how to win this argument with Beijing.”

The former minister said the issue is about countries that believe in human liberty at all times “maintaining the ability to provide for themselves”.

He added: “That is a very powerful reason for telling Trump that we will agree with him”. 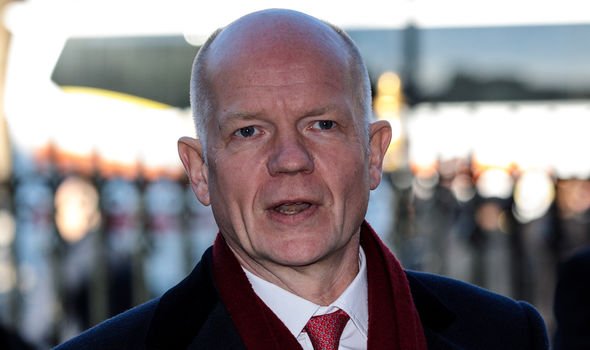 Mr Hague said that the UK’s security, including stopping terror attack, depends on the deep trust between the UK and US built up since the Second World War.

Mr Hague also wrote: “The key question, therefore, in deciding what to do, is not whether we have any evidence that Huawei products are used to spy, or could be manipulated from afar.

“It is whether we can afford to be dependent on anyone with a radically different concept of how high technology can be used.

“And the answer to that question is no, we can’t.”