LONDON (Reuters) – Boris Johnson, the frontrunner to replace Theresa May as Britain’s prime minister, must face more scrutiny over his Brexit plans, his closest rival said on Friday with a taunt that his hero Winston Churchill would not shy away from the media. 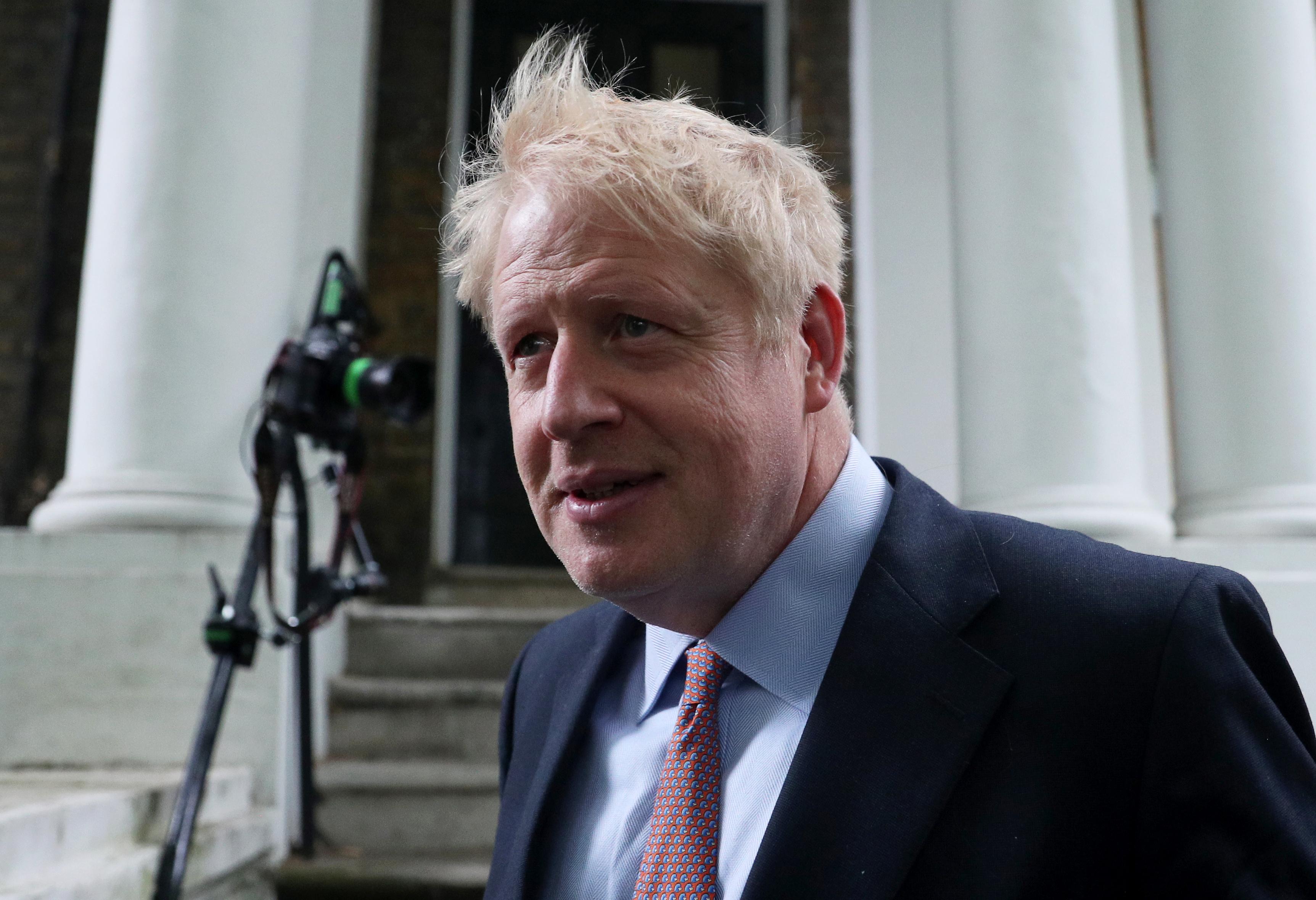 Johnson has pledged that Britain will exit the European Union on Oct. 31, warning his divided Conservative Party “delay means defeat”.

He argues that if Britain is prepared for a no-deal Brexit, the EU will bend to his argument to remove the so-called Northern Irish backstop to prevent a return to a hard border with Ireland if there is no agreed future trade deal.

May resigned as Conservative leader this month having failed three times to get her divorce deal struck with the EU through parliament. The EU has repeatedly said it will not renegotiate the withdrawal deal.

With Johnson winning the support of 114 of 313 party lawmakers in the first round of voting, there has been speculation in the British media that some rivals may withdraw to allow a more unified challenge to the man who led the official campaign in 2016 for Britain to vote to leave the bloc.

Johnson’s current six remaining rivals have promised to take part in televised debates, the first of which takes place on Sunday. Johnson has not confirmed he will take part, leading to accusations the flamboyant former foreign secretary is avoiding difficult questions.

“We can only have that debate if our frontrunner in this campaign is a little bit braver in terms of getting out into the media, engaging in debates, engaging in the TV debate,” Hunt, who came a distant second in the first round, told BBC radio.

“What would Churchill say if somebody who wants to be prime minister of the United Kingdom was hiding away from the media, not taking part in these big occasions?”

The latter comment was a jibe at Johnson who wrote a biography of Britain’s World War Two leader.

A second round of voting among lawmakers takes place on Tuesday as the candidates are whittled down to a final two before 160,000 Conservative members choose the next leader by the end of July.

“We will see what happens over the next few weeks,” Patel said when asked by the BBC if Johnson would join the debates.

“I think this is incredibly unfair, actually. We saw Boris’ launch a couple of days ago. He spoke very clearly about the direction of travel in terms of where he stands on Brexit, how to deliver Brexit,” she said.

May’s potential successors have all said they could find the solution to the Brexit crisis which eluded her. 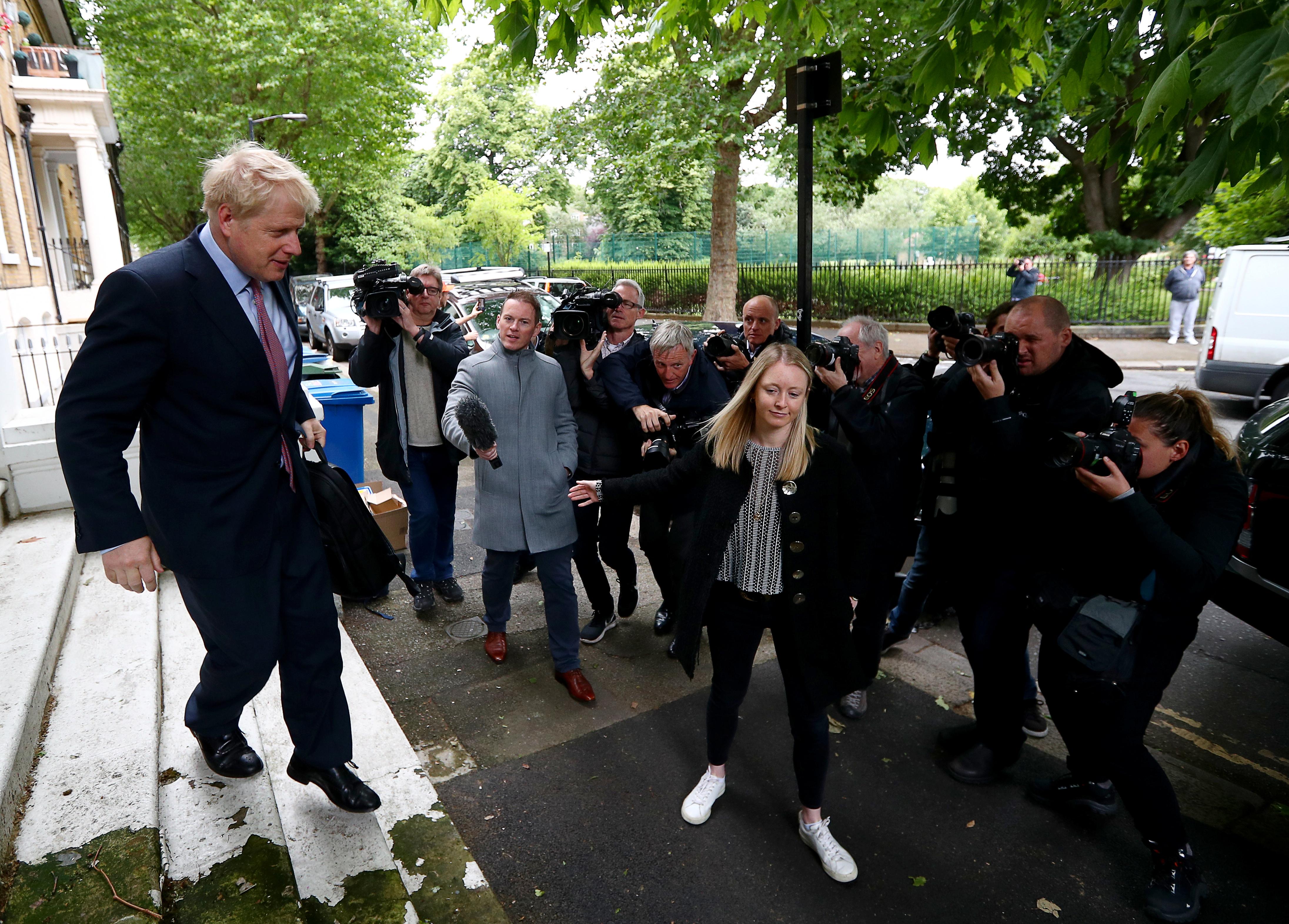 Parliament has indicated it will try to stop a no-deal Brexit, which investors warn would hurt financial markets and shock the world economy. But some of those running to lead the Conservatives, including Johnson, say it may be the only way for Britain to leave the bloc without further delay.

Another challenger, aid minister Rory Stewart, said Johnson had to attend the TV debates so lawmakers could see who was his best challenger.

“He keeps saying he will deliver Brexit by Oct. 31 but how?” Stewart said. “We need to get into the details of how it’s going to happen. How is he going to renegotiate with Europe? How’s he going to get it through parliament because this can’t be just a blind act of faith?”