ECO warrior protesters from Insulate Britain have caused chaos yet again after they blocked the M25 at junction 31 for Thurrock, near the Dartford Crossing.

Police have made 16 arrests, as the Extinction Rebellion off shoot group have been taking a stand to demand action from the Government. Here’s what we know so far. 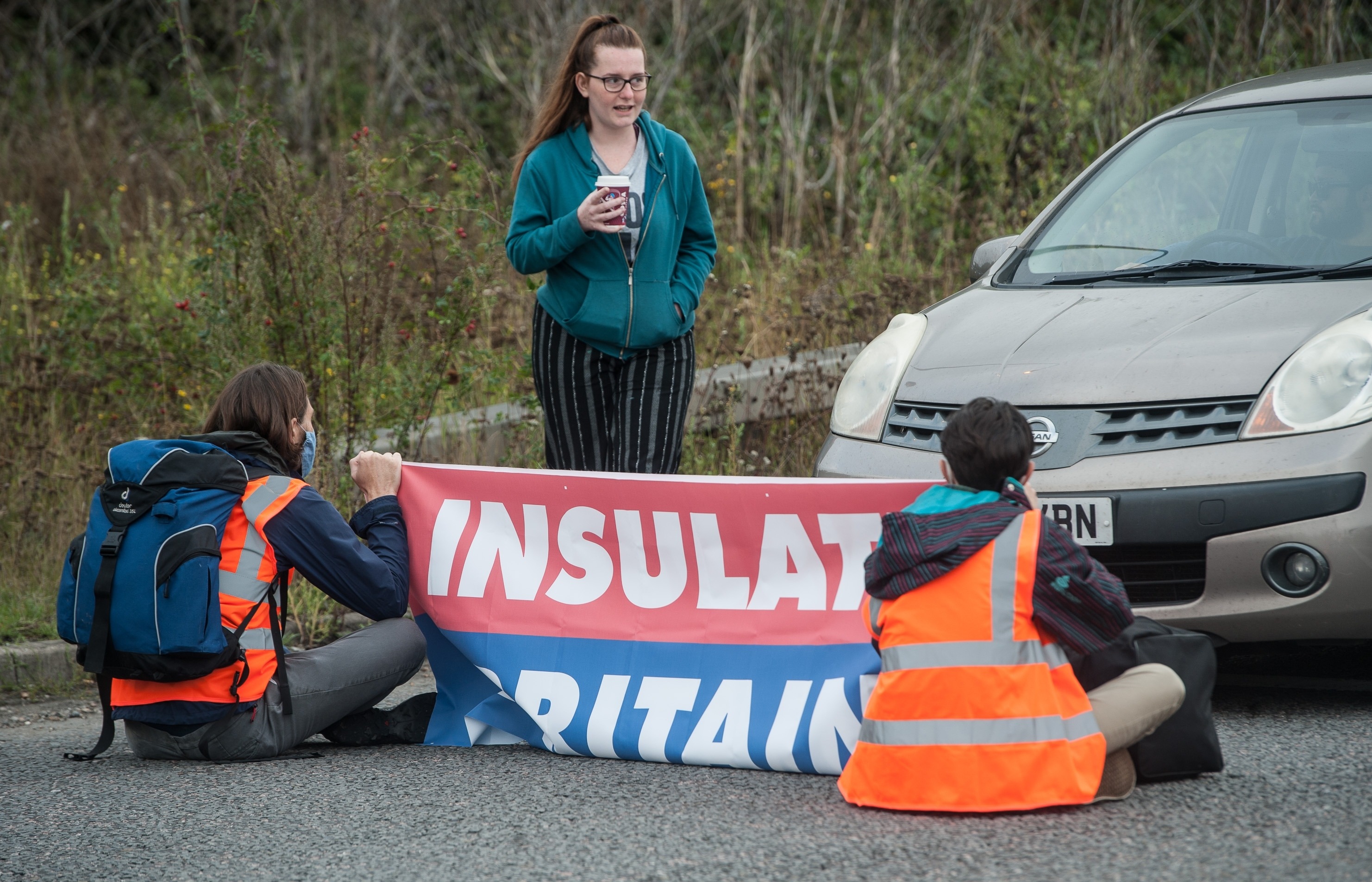 Who are Insulate Britain?

Its eco warriors are calling on the UK Government to put in place policy and funding for a national home insulation programme.

Their demands for the Prime Minister were delivered by hand to 10 Downing Street in mid-August, the group claim, but so far no-one in government has responded.

What do Insulate Britain protest against?

Insulate Britain have listed their two main demands on their website.

2.   That the UK government immediately promises to produce within four months a legally binding national plan to fully fund and take responsibility for the full low-energy and low-carbon whole-house retrofit , with no externalised costs, of all homes in Britain by 2030 as part of a just transition to full decarbonisation of all parts of society and the economy.

They have already created a petition in accordance with their aims which, at the time of writing, has received over 6,400 signatures. 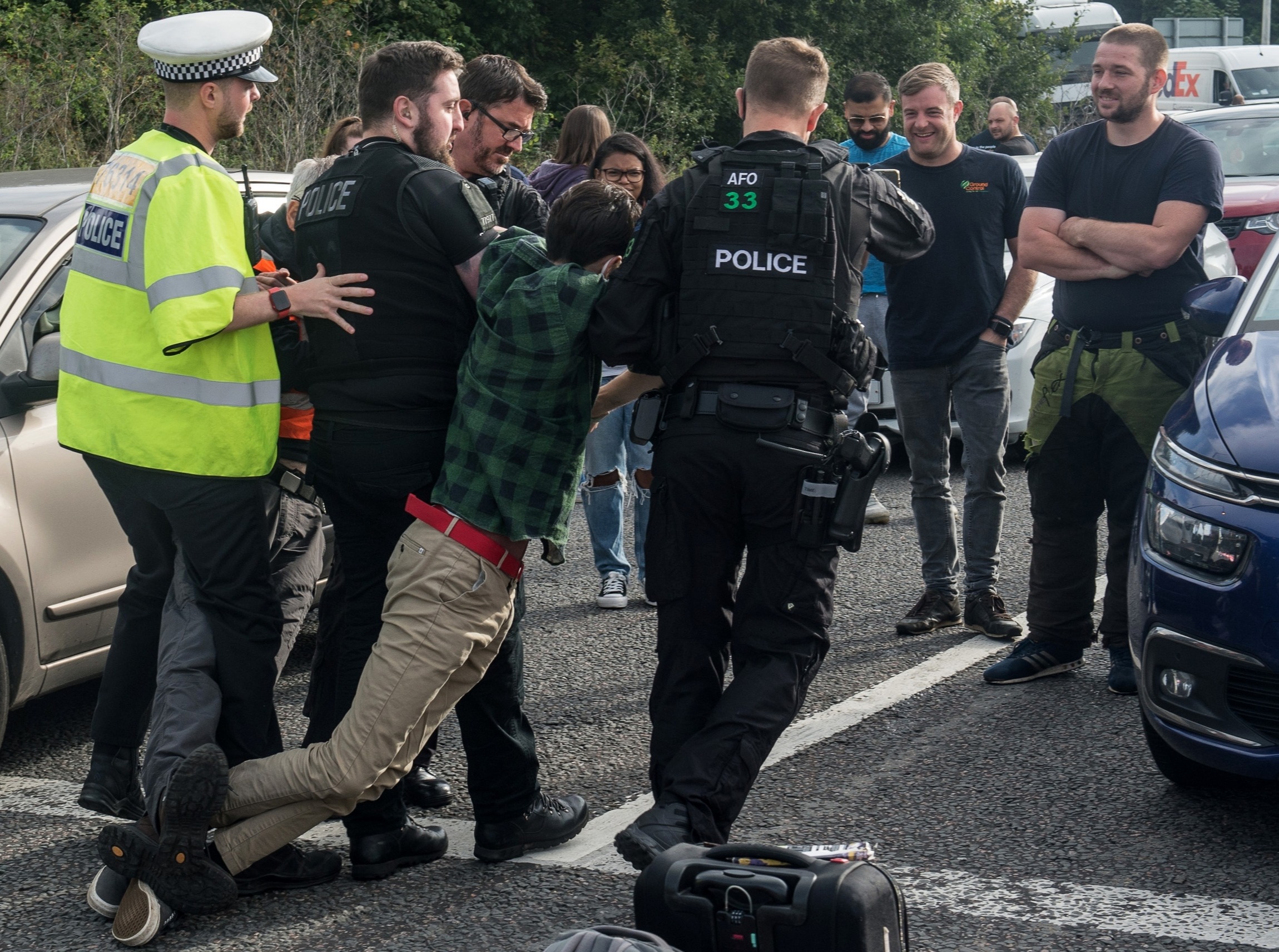 Why did Insulate Britain block the M25?

Today's demonstration is the latest stunt in Insulate Britain's series of protests.

Essex Police said officers were called to a slip road at junction 31 for Thurrock, near the Dartford Crossing, just after 08:25 BST.

The blockage caused chaos between angry motorists and protesters, as well as forcing multiple vehicles including HGVs to stop and turn round.

Insulate Britain said around 40 people were at junction 31 and at the nearby A1090 London Road, near the Dartford Crossing – with 16 being arrested by police.

On the morning of September 13, 2021, they plonked themselves in the middle of the highway during rush hour and have since carried out more protests.

The protest caused disruption at Junction 3 for Swanley in Kent, Junction 6 for Godstone in Surrey, Junction 14 for Heathrow Terminal 5, Junction 20 for Kings Langley in Hertfordshire, and Junction 31 for Purfleet in Essex.

The same tactic was used by the group two days later on September 15 with 89 protesters blocking the motorway during rush hour.

One mob blocked Junction 23 at South Mimms, Hertfordshire, while another shut down the main carriageway from Junction 8 at Reigate to Junction 9 at Leatherhead, both in Surrey.

Some people have even glued their hands to the road in the Dartford Crossing area at Junction 1A and 1B.

The climate change group, dressed in hi-vis and brandishing banners reading "please turn off your engine'" plonked themselves in the middle of the road in both locations.

Protesters then blocked the motorway on September 17 with activists vowing to return "as soon as possible".

Activists dressed in hi-vis – who have already been arrested and released twice since Monday – targeted Junction 3 at Swanley in Kent shortly after 8.30am.

The M25 eco-warriors blocked the M25 again on the morning of Monday, September 20, 2021, despite a woman who was left sitting in traffic for six hours being paralysed by a stroke.

The September 20 action saw the anti-clockwise exit slip road at junction 18, Chorleywood, Herts, blocked with a separate group protesting on the A1(M) near junction four.

In a letter, the group said: " [We} will be on the M25 network on Monday 20th September from 7 am. Thank you for your time on this matter."

A spokesperson said they were taking action to demand the PM create hundreds of thousands of jobs and save lives.

Liam Norton, 36, an electrician from London said: “Since waking up to the crisis we are all in, due to the catastrophic breakdown in our climate, I have been shocked at the lack of significant action from our government.

“They need to face up to reality. It will destroy our economy and the fabric of our society.

“They are being incredibly reckless. They are betting the farm on technologies that don’t exist.

​”As soon as a statement is made that we can trust and is meaningful we will get off the roads.”