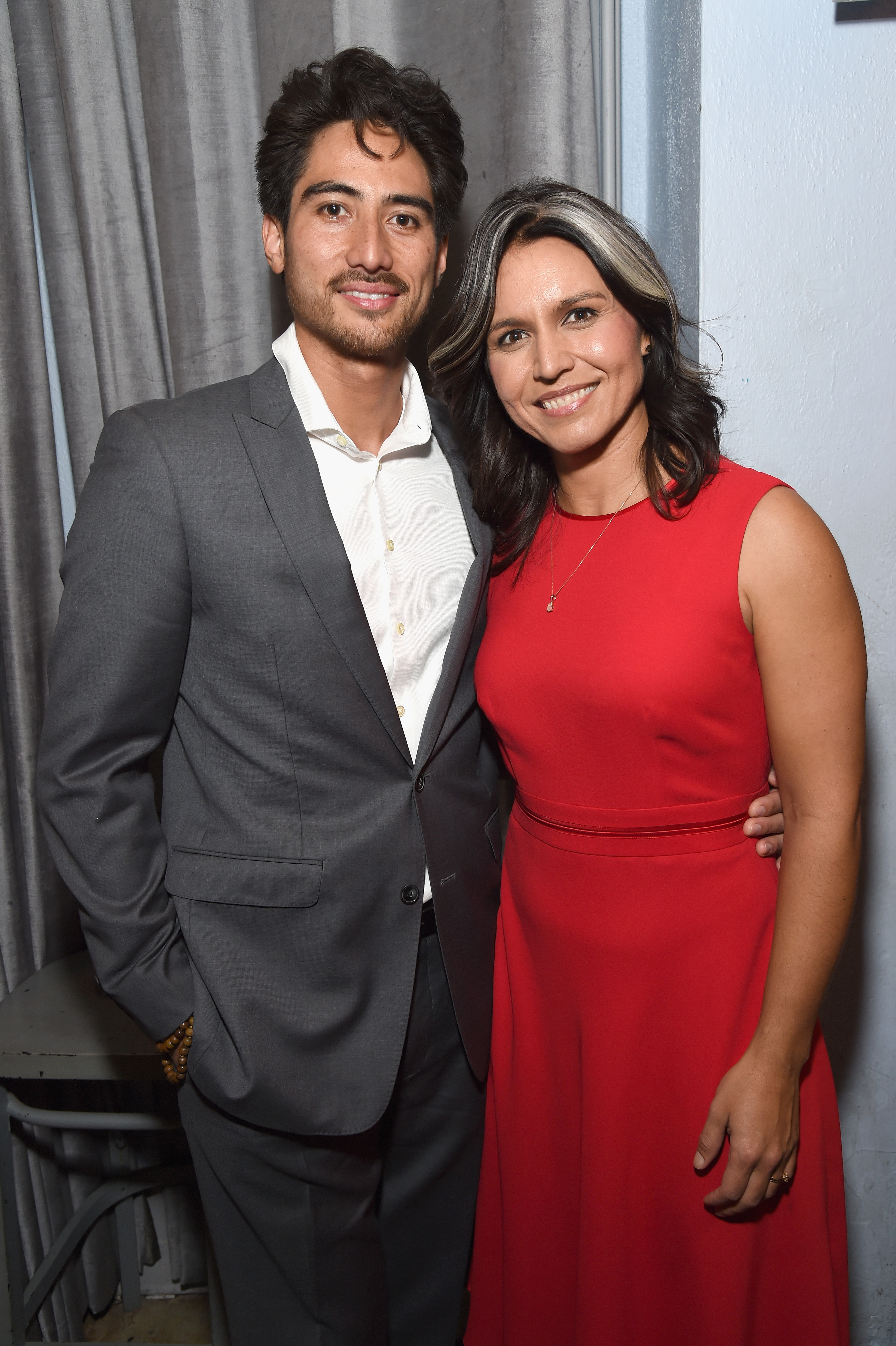 Abraham Williams is a cinematographer who specializes in film.

According to his Instagram biography, Williams splits his time between Hawaii, Los Angeles and New York.

When did Tulsi Gabbard and Abraham Williams get married?

The pair share a mutual love for the outdoors and often spent time hiking and playing volleyball while they were dating.

Gabbard told the New York Times that their "friendship and relationship developed over our mutual love for the ocean and surfing."

So much so, that Williams proposed to Gabbard while the pair were out among the waves.

"He paddled quickly out to the lineup, way ahead of me, and waited as I slowly made my way out. Then he paddled over, pulled out a double-tethered contraption attached to a gold duct-tape-covered flotation device, with a beautiful ring attached, and said, 'I have a question for you: Will you marry me?'" Gabbard told NYT in 2015.

The Congresswoman was married to Eduardo Tamayo for nearly four years before her marriage to Williams.

They divorced in 2006, six years before Williams began working on Gabbard's political campaign.

What did Tulsi Gabbard say about Lori Lightfoot?

Gabbard called for Chicago Mayor Lori Lightfoot resignation after the politician declared she would only grant interviews to journalists of color.

Lightfoot used the second anniversary of her election to announce the move, which she said was in protest at the "overwhelming whiteness " of the city’s news media.

"I ran to break up the status quo that was failing so many. That isn't just in City Hall," Lightfoot tweeted.

"It's a shame that in 2021, the City Hall press corps is overwhelmingly White in a city where more than half of the city identifies as Black, Latino, AAPI or Native American.

“Diversity and inclusion is imperative across all institutions including media. In order to progress we must change.

“This is exactly why I'm being intentional about prioritizing media requests from POC reporters on the occasion of the two-year anniversary of my inauguration as mayor of this great city."

Gabbard called the mayor’s actions “blatant anti-white racism” and said the decision warranted her stepping down from the office.

“I call upon President Biden, Kamala Harris, and other leaders of our county — of all races — to join me in calling for Mayor Lightfoot’s resignation.”

“Our leaders must condemn all racism, including anti-white,” she continued.