Home » World News » Why did cops shoot dead Dijon Kizzee while riding his bike in LA?

Why did cops shoot dead Dijon Kizzee while riding his bike in LA?

DIJON Kizzee was fatally shot in Los Angeles while riding his bike on Monday after police tried stopping him for an alleged vehicle code violation.

A fight between officers and Kizzee ensued when they believed he was in possession of a weapon, which prompted police to fire shots and kill him. 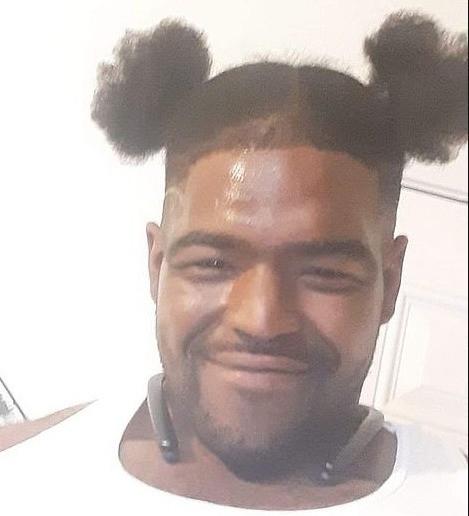 Here is more on the death of Dijon Kizzee.

Who was Dijon Kizzee?

Dijon Kizzee was a black man who was fatally shot by Los Angeles police.

Although police have yet to identify him publicly, he has been identified by family members and the LA Black Lives Matter movement. 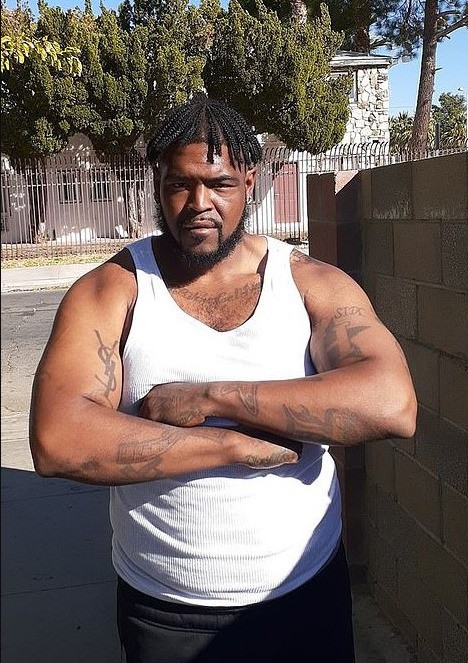 Why was he shot by police?

Kizzee was shot by police after they tried to stop him for riding his bike on 110th Street and Budlong Ave after cops say he violated a vehicle code.

As police approached the suspect he abandoned his bike and began running towards 109th Place.

Police say they attempted to approach him again and Lieutenant Brandon Dean claims Kizzee punched one of the officers in the face, at the same time dropping some clothes he was using to allegedly conceal a handgun. 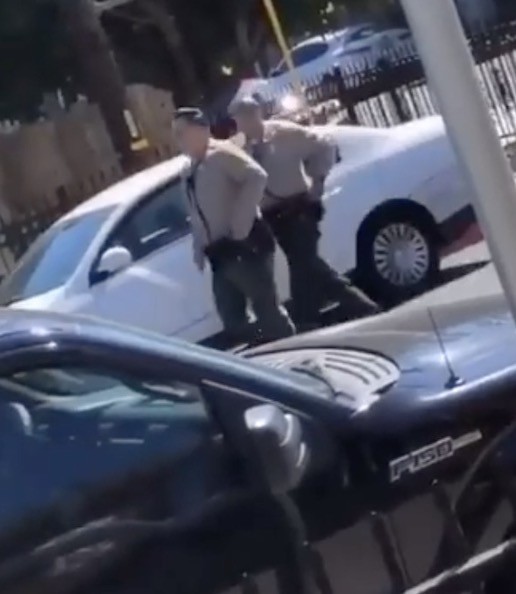 That is when police drew their guns and opened fire, striking Kizzee and killing him.

"We need all hands on deck. Please get here ASAP!"

What did cops say about the shooting?

Lieutenant Dean said he was unable to confirm how many times Kizzee had been struck by bullets saying: "We still have to conduct our interviews of the investigating officers to see exactly what happened and transpired during the deputy-involved-shooting."

When pressed for comment on the deadly use of force he said: "But if this individual was reaching for a semi-automatic handgun, I would suggest that, you know, that’s probably why deadly force was important." 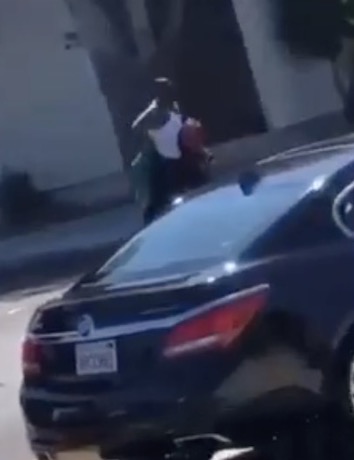 Video obtained from the incident shows Kizzee wearing a white vest and holding on to the bundle of clothes as he was running away from the cops.

Two officers are seen making their way in his direction and the camera cuts to the exact moment of the shooting.

Kizzee is shown lying on the ground with weapons drawn at him.

One woman can be heard screaming: "Why would you do that?"

Another man can be heard repeatedly shouting: "He's dead," adding they shot him "like 20 times."

A group of four officers then move towards the man and appear to handcuff him, before administering first aid. 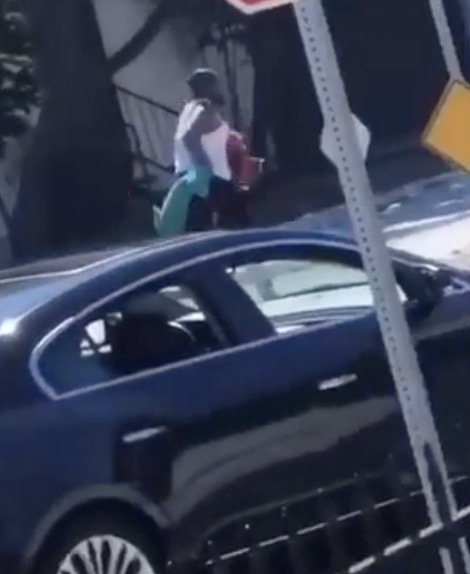 Are protests happening in LA?

As soon as word got around that police had shot Kizzee, people took to the streets to demand justice.

Protesters chanted: "No justice, no peace," "Say his name" and "black lives matter."

The killing of black men by police in America has sparked outrage and indignation among communities nationwide.

The death of Kizzee comes shortly after police gunned down Jacob Blake in front of his children as he was trying to settle a domestic dispute. 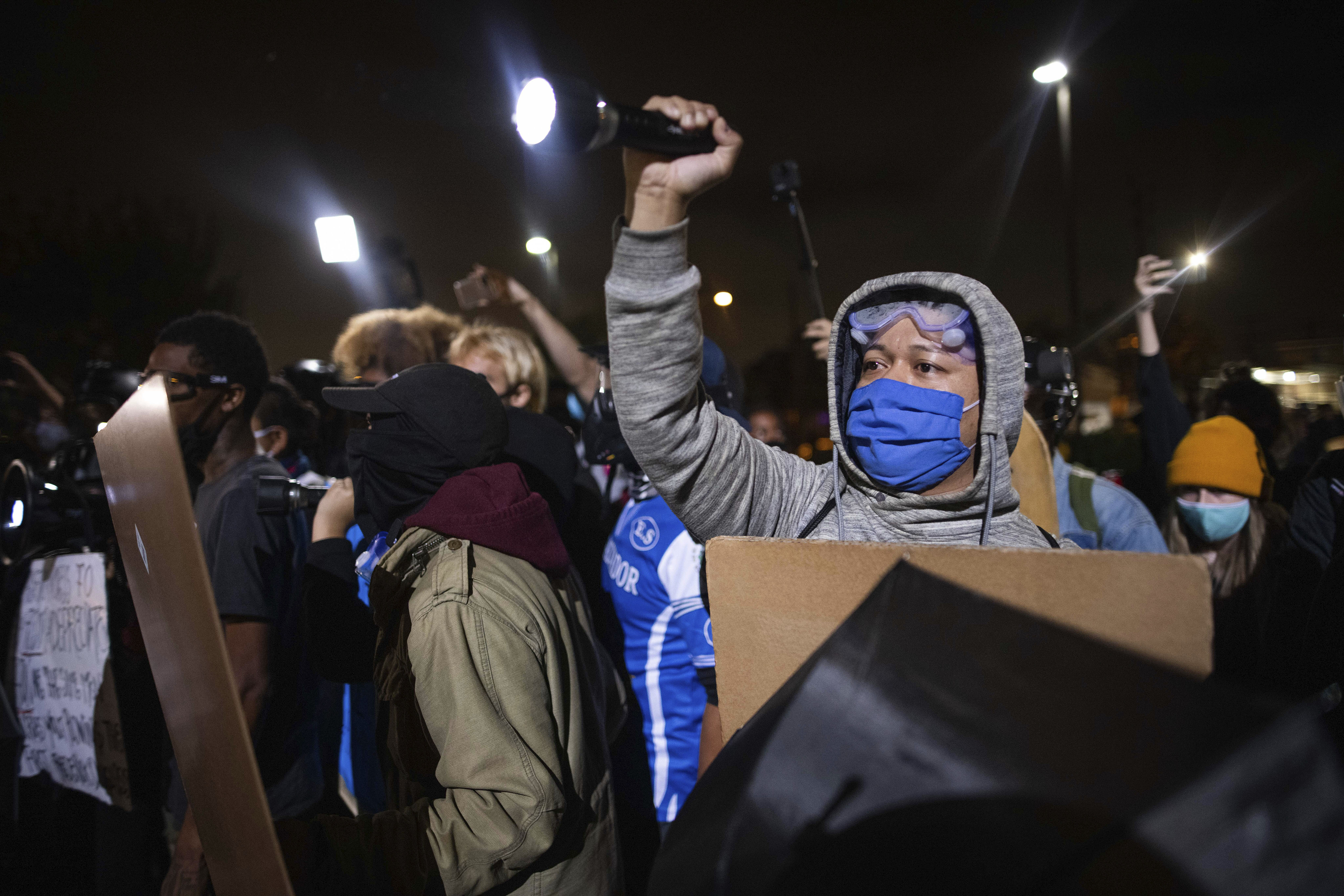 Blake was shot seven times but survived and is now paralyzed but recovering at the hospital.

The shooting in Kenosha, Wisconsin sparked huge protests as several arrests were made and two were fatally shot.

Blake's death occurred three months after the death of George Floyd, an unarmed black man who was killed in Minnesota, Minneapolis after police knelt on his neck for several minutes as he repeated: "I can't breathe."

Floyd's death garnered the attention of the whole world as BLM movements everywhere demanded justice for his life with hundreds of protests erupting. 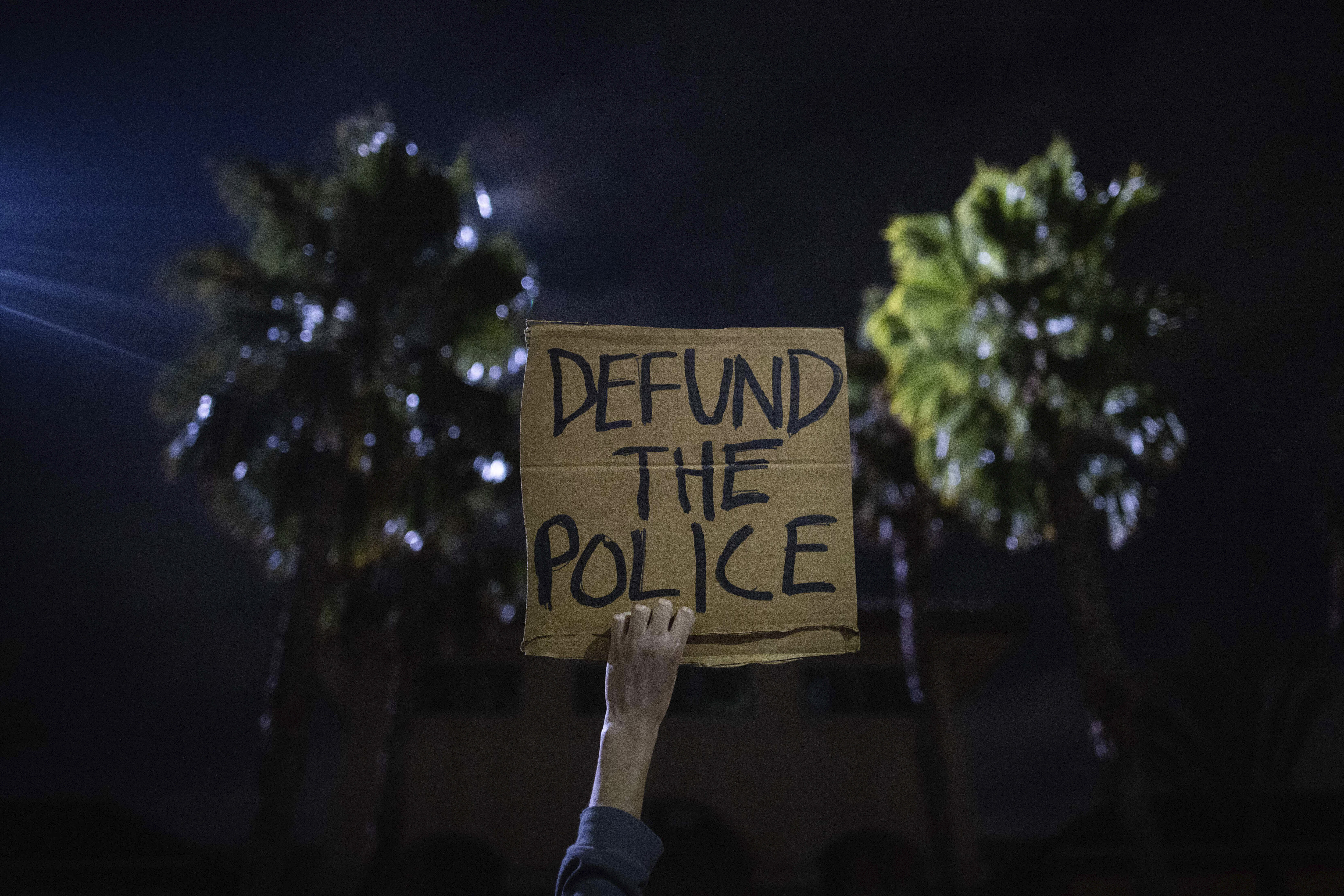 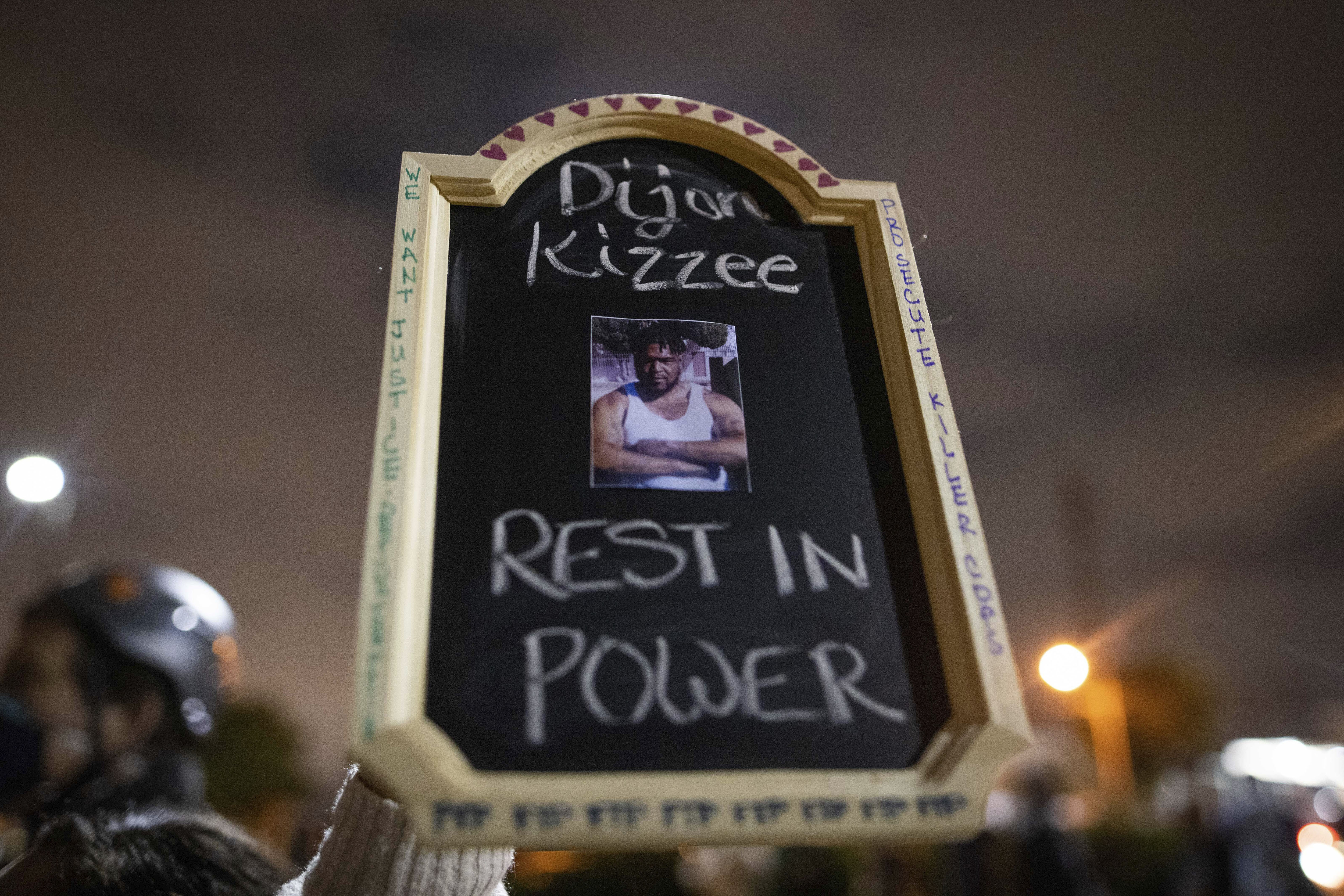 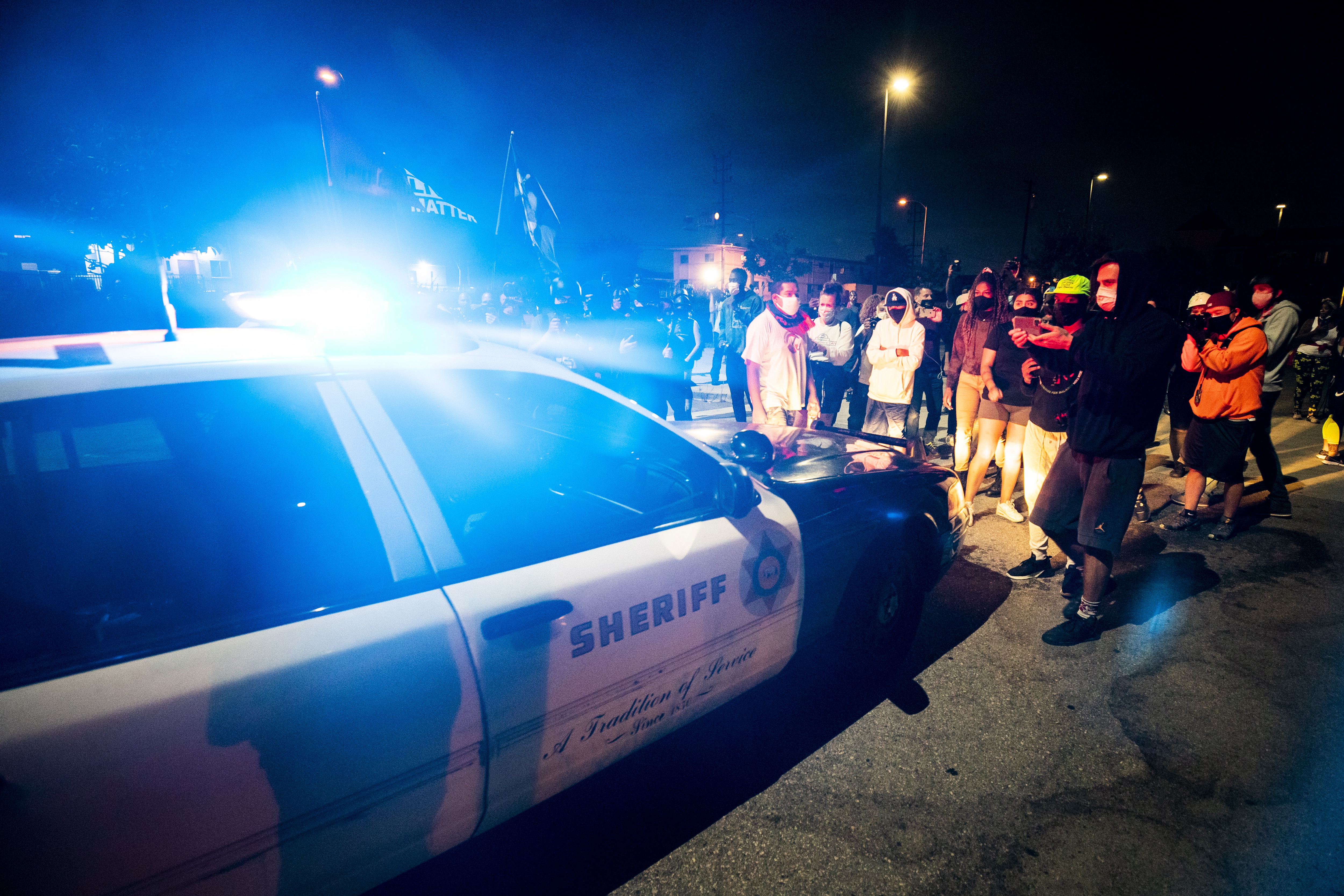