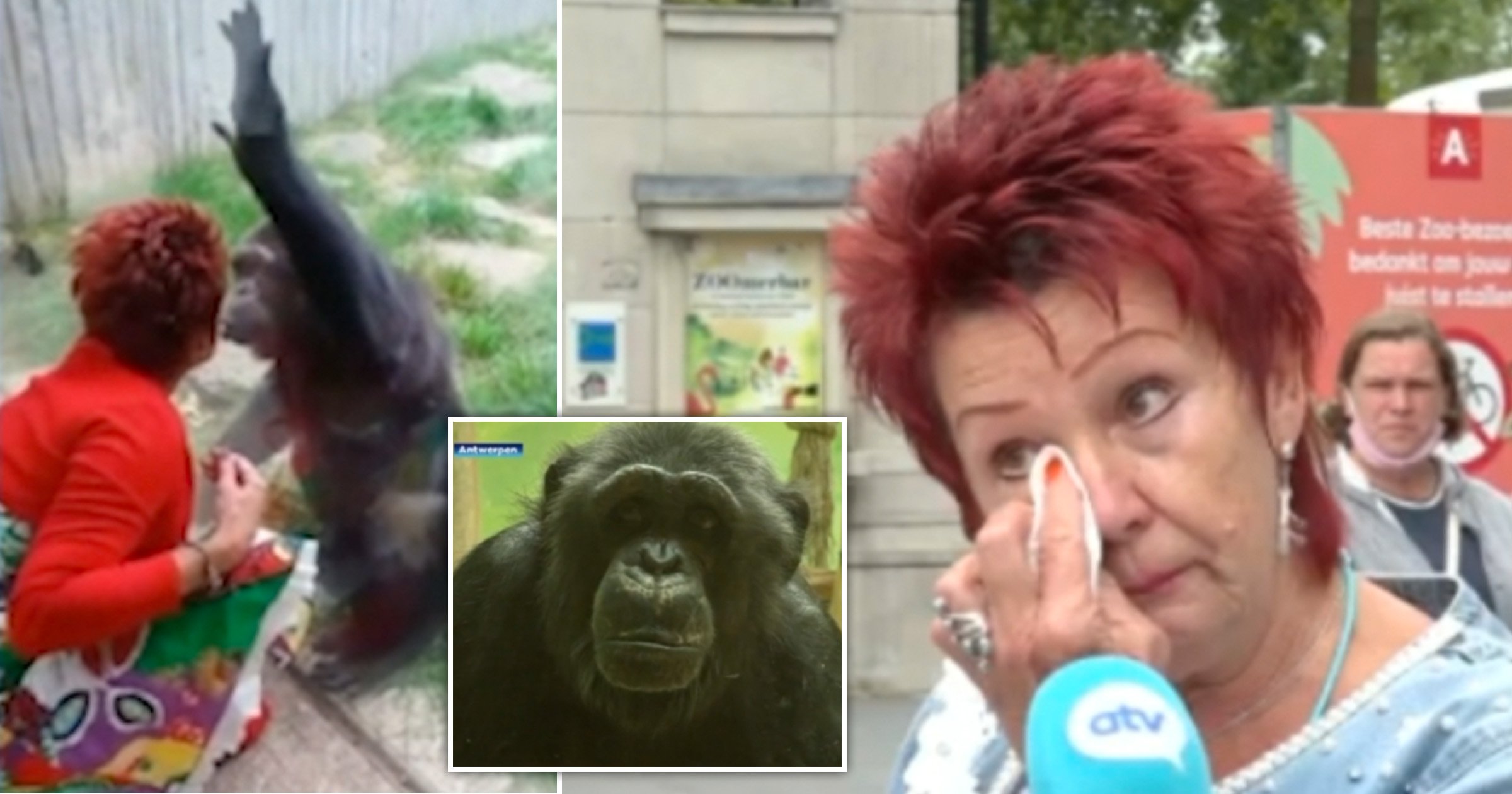 A woman who ‘loves’ a chimpanzee has been banned from visiting him at a Belgian zoo, reports say.

The pair blow kisses at each other and wave through a glass window during Adie Timmermans’ weekly trips to Chita’s enclosure.

But after visiting the elderly male chimp for years, she has been told that he needs to concentrate on socialising with his own kind at Antwerp Zoo.

‘The problem is I’m having an affair I’d say with a chimpanzee’, Adie explained in a translated interview in which she became visibly upset.

‘I love that animal and he loves me.

‘I haven’t got anything else. Why do they want to take that away?’

The unlikely romance has made headlines in Belgium because the zoo is trying to put an end to their friendship, which has lasted for four years.

It says Chita is being shunned by the other chimps and believes he would be happier if he spent more time socialising with them and not humans.

Curator Sarah Lafaut explained: ‘They actually leave him (Chita) to the side.

‘They are social animals. They seek social contact and to play with each other.

‘If they are continuously busy with visitors then for the duration when those visitors are gone he has nothing to do, he just sits there alone and for a social animal (that) is absolutely not ok for his wellbeing.’

Chita is said to have grown up as a domestic pet but was given to the zoo when his owners could not manage him any longer and he became too big.

He has also been involved in fights at the zoo and has not adapted well to being with other chimps.

But heartbroken Adie points out that Chita is unlikely to live much longer and believes the animal will be upset if her visits stop.

She said: ‘Chita is 38 and has been used to people from an early age’, according to the Daily Mirror.

‘In average chimpanzees live to about 40 so his behaviour isn’t going to change now, is it.’

The paper reported that Antwerp Zoo stated: ‘An animal that is too focused on people is less respected by its peers.

‘We want Chita to be a chimpanzee as much as possible.

‘Outside of visiting hours at the zoo, he has to manage 15 hours [a day] in his group. We want to give him the chance to be as happy as possible.’

Get in touch with our news team by emailing us at [email protected].