A WOMAN had a nightmare flogging two "unused" lampshades on Facebook after people spotted a seemingly dodgy substance in the sale pictures.

Eagle-eyed social media users mocked the seller after spotting what they believed to be a bag of white powder sitting on the table next to the pink lampshade. 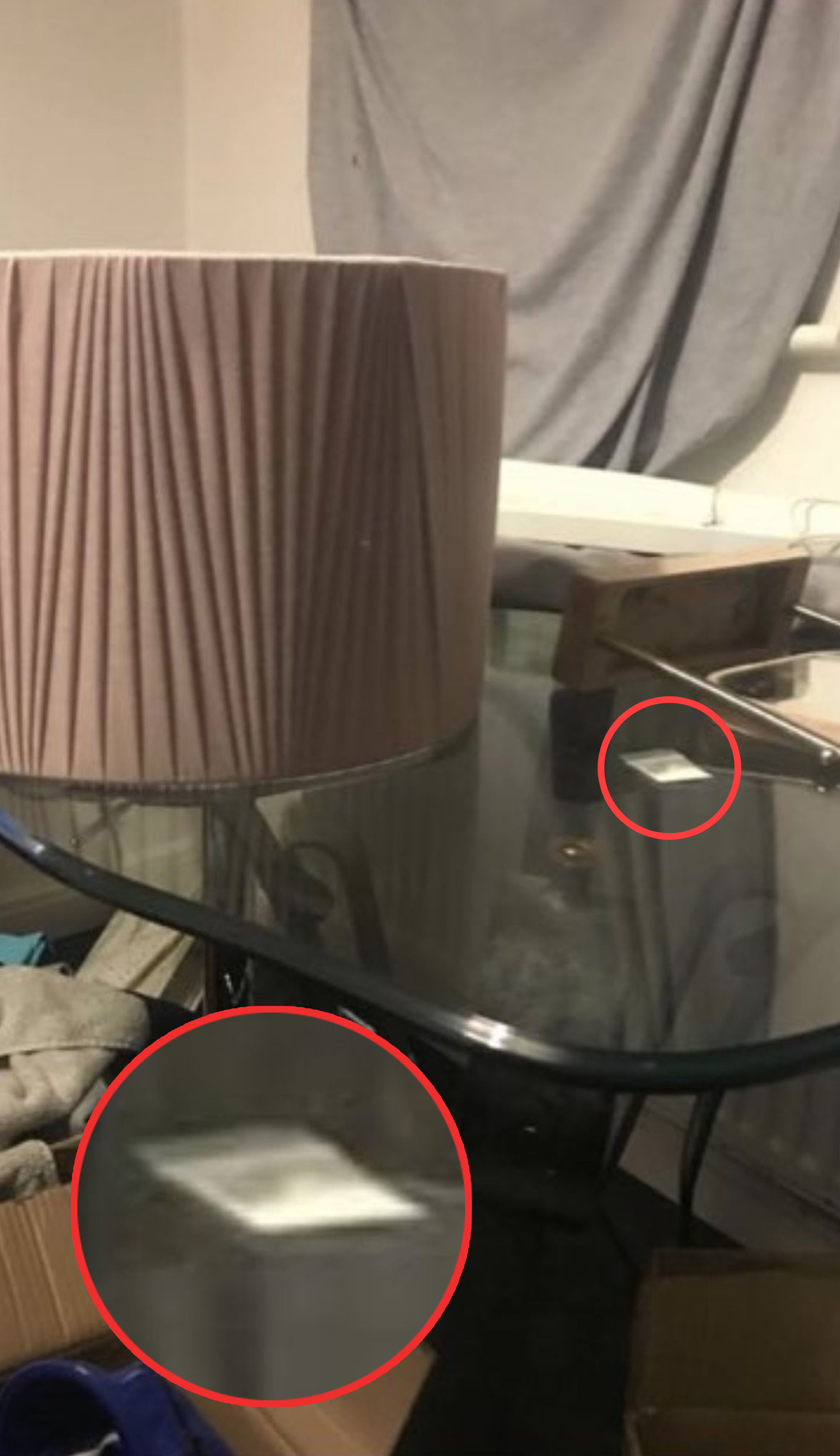 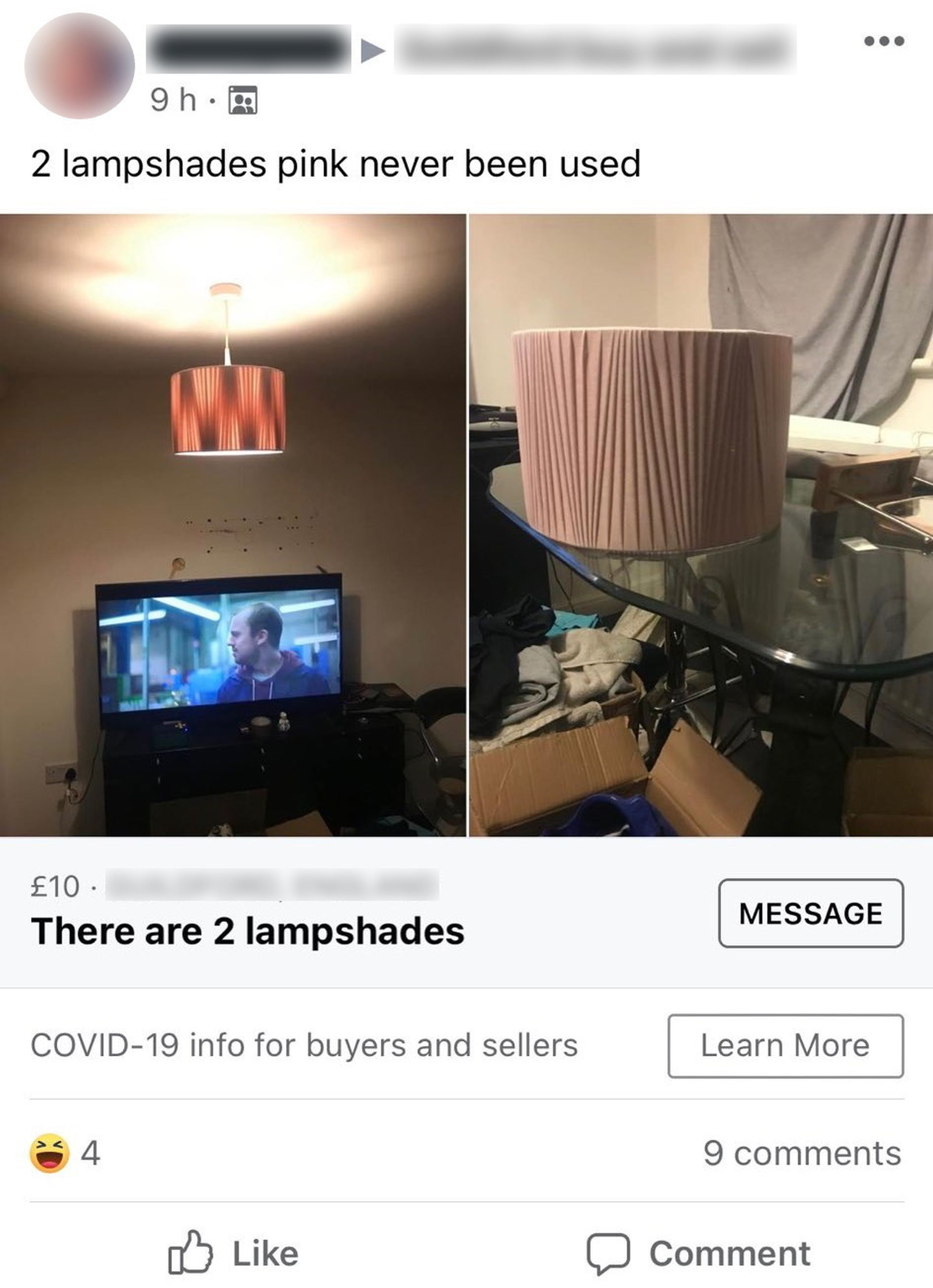 The thrifty seller tried to shift two pink lampshades for £10 on a Facebook buy and sell page – but her blunder didn't go unnoticed and her post was quickly screenshotted and shared on Twitter.

One photo shows a lampshade, which she claims had "never been used," hanging from a light fitting and clearly switched on.

Another shows a lampshade resting on a table, alongside what appears to be a suspicious bag of white powder in a small ziplock bag.

The epic fail quickly went viral on social media and racked up more than 450 retweets, likes and comments as users urged the woman to "hide her bag of coke next time."

Zenski commented: "A deal not to be sniffed at."

Faye said: "Also, never been used?' One of them is literally attached to the light fitting, being used."

This isn't the first time Brits have fumbled and posted pictures with inappropriate things in the background.

Connie White from Falkirk, Stirlingshire, posted a snap of her posing in front of a mirror for her 22nd birthday on Sunday – but was left mortified after people spotted something rude in her picture.

Social media users were quick to spot a hilariously phallic reflection in the picture, causing a mortified Connie to immediately delete the snap.

The photo showed birthday girl Connie posing in a strappy red outfit in front of a large mirror.

Between her legs was a long, flesh-coloured shape poking out from underneath her dress.

Connie has since explained that the object is in fact a reflection cast by the back of her leg, however, not before social media users pointed out the hilarious resemblance.

And a mum was left in hysterics over her daughter’s drawing of a leaf blower, which resembled something far ruder.

Sarah, a mum-of-three from Seaford in Melbourne, was left with the giggles after her daughter approached her with a rather awkward homework dilemma. 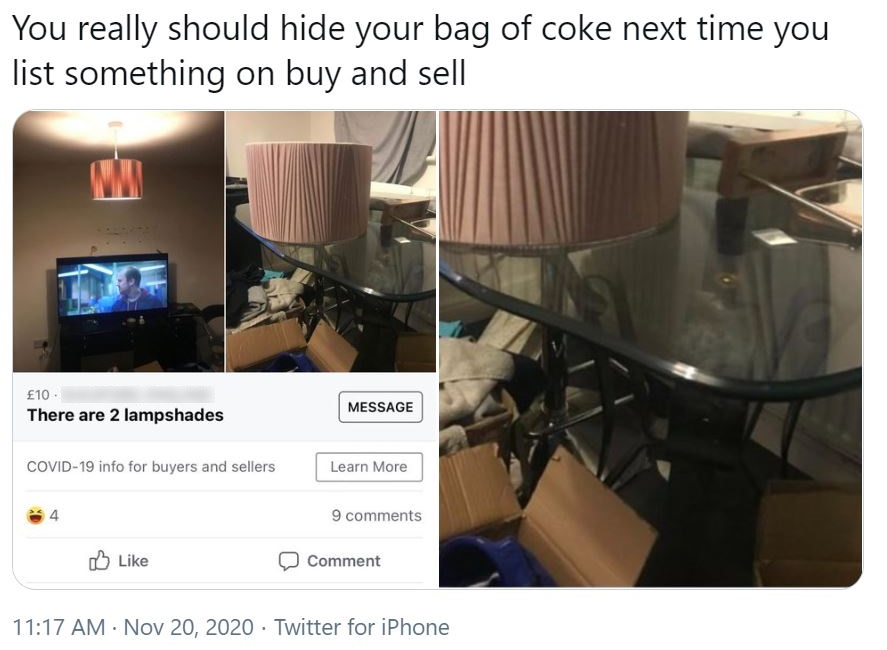