A WOMAN is accused of hiding a man's body in the trash so she could get her hands on his social security payouts, say reports.

Cops were called in after a Florida resident "storing a trash can for a friend" opened it up and found a rotting body stuffed inside. 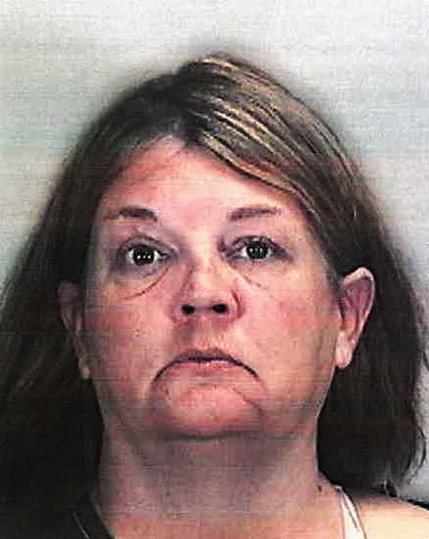 He made the horrifying find after noticing a foul smell coming from the 55-gallon container, reports ABC Action News.

Cops in Manatee County revealed the corpse was in an advance stage of decomposition after spending two months inside the can.

According to the local Sheriff's Office, a concerned resident of the Windmill Mobile Park, in Bradenton, called them Tuesday lunchtime.

He told officers he had been looking after the container for a friend in his carport on Windmill Manor Lane.

But when the person didn't show up he opened it up believing it contained "personal items" and quickly noticed the disgusting stench.

"The guy holding this trash can said that he thought it was a container of personal items.

Detectives later arrested and charged Michelle Haney, 48, with abuse of a dead body.

According to detectives, Haney, who was living with Leonard at the time, found him dead inside their home.

Instead of calling 911, she stored his body in a closet, and then three weeks later put his body inside a sealed trash can and took it to a neighbor’s home.

She told the neighbor – who was completely unaware of what was inside – that she’d be back to pick it up later.

Police say she admitted to doing this to keep getting his social security benefits after he died.