A WOMAN was pulled from the sea unconscious and airlifted to hospital after getting into difficulty off a Teesside beach today.

Emergency services were rushed to Saltburn-by-the-Sea, north Yorkshire this afternoon as lifeguard pulled the casualty from the water. 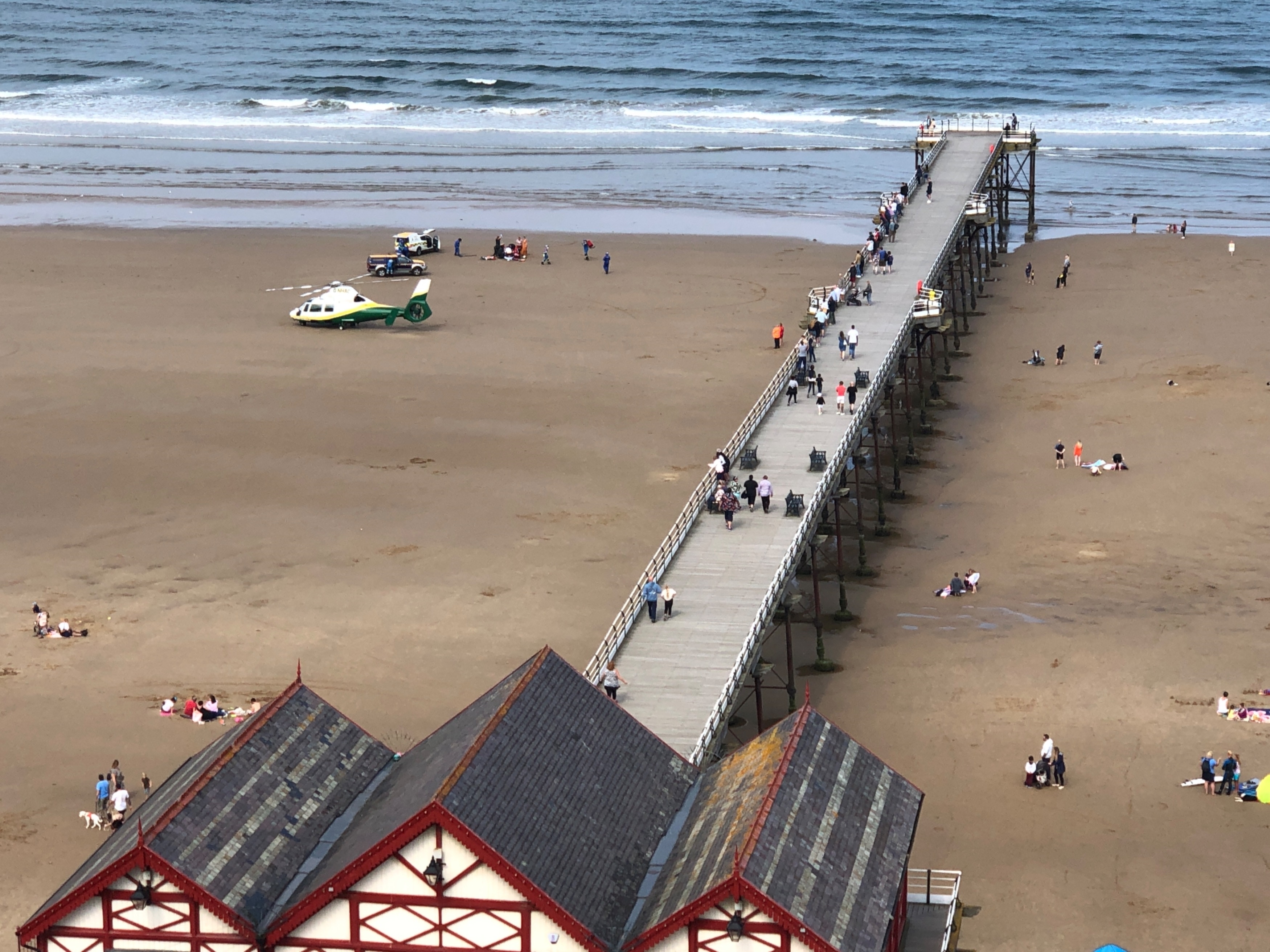 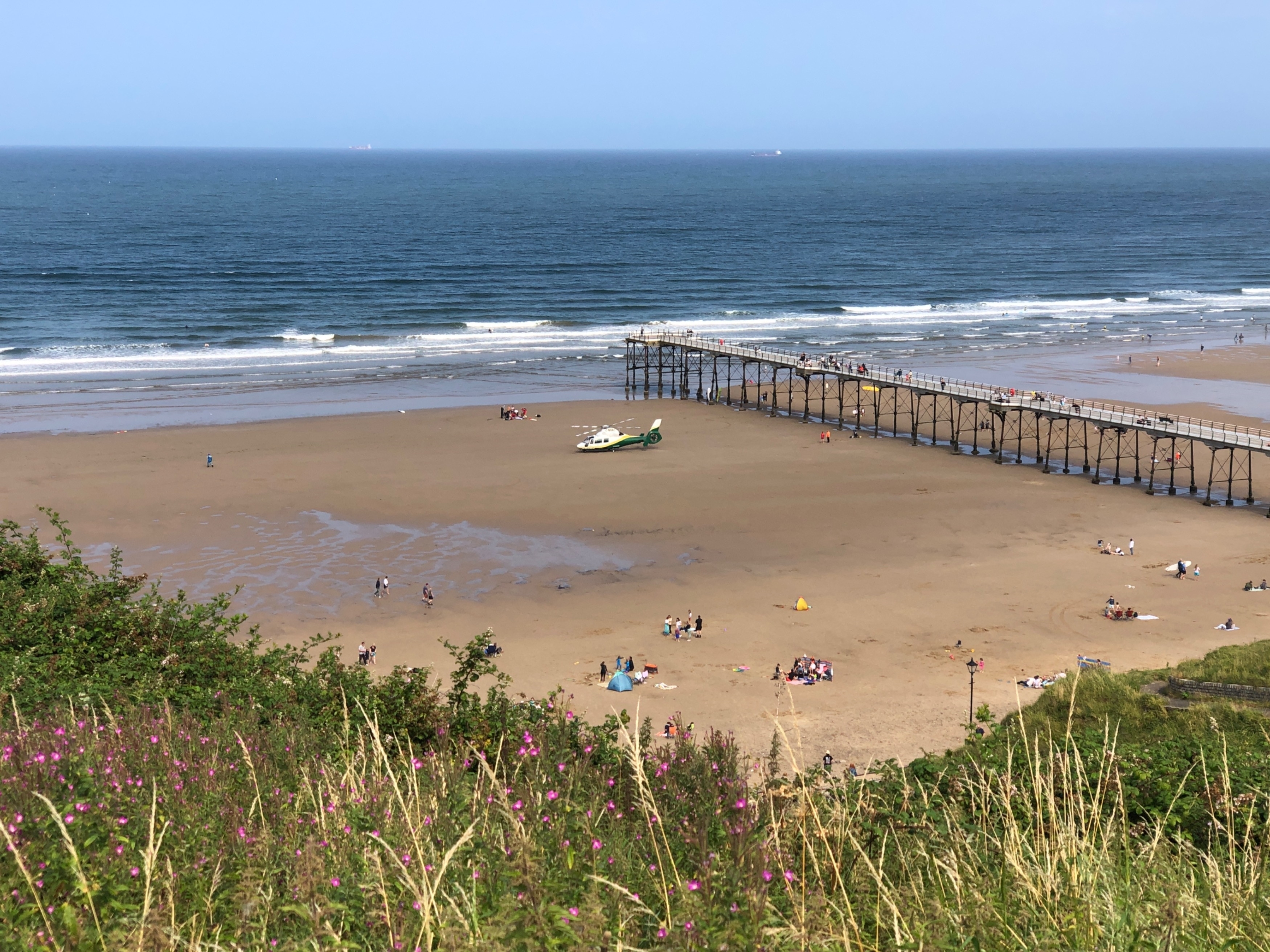 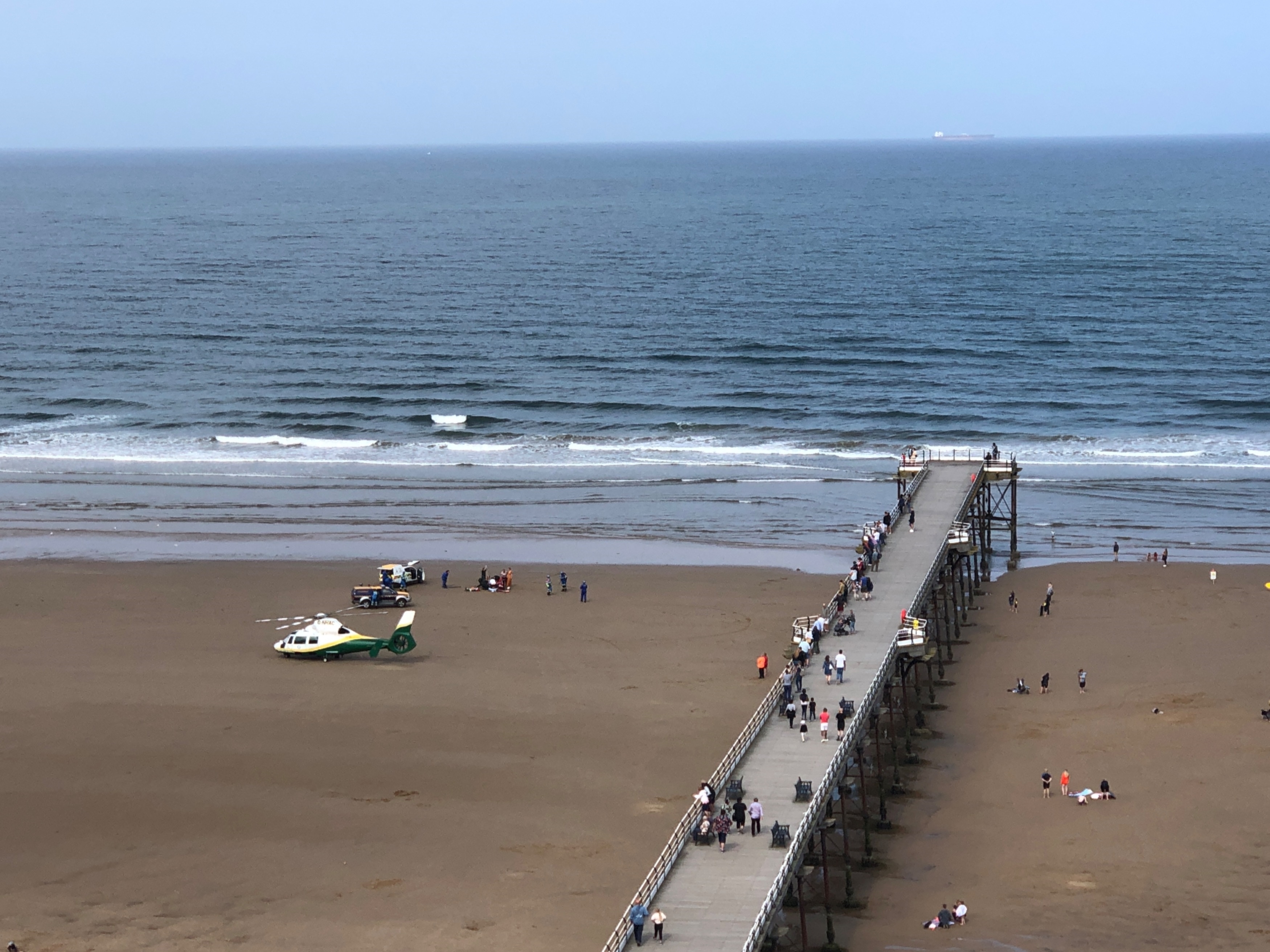 Ray Preston, station controller at Coastwatch Redcar, said: "The woman was pulled out of the sea by Saltburn beach lifeguards and apparently she was unconscious when they pulled her out.

"The air ambulance was tasked by the Coastguard. She was airlifted to hospital."

The coastguard said they received a report about the incident just before 2pm on Sunday afternoon, TeesideLive reports.

A spokesperson said: "At just before 2pm today, HM Coastguard received a report of an incident at Saltburn-by-the-Sea where RNLI Lifeguards recovered a casualty from the water.

"The casualty was transferred to hospital by air ambulance and the North East Ambulance Service were also in attendance.

The Ambulance service confirmed they air lifted a patient to hospital for treatment.

"One patient has been flown to James Cook."

It comes as the coastguard warned beachgoers today to be more careful in the sea, after recording its highest number of call-outs in a single day for more than four years.

Its teams dealt with 340 incidents and rescued 146 people on Saturday as scorching temperatures saw Brits flock to beaches up and down the country.

One woman died this morning in a jet ski and boat collision off the coast of North Wales near Menai Bridge amid the sweltering heatwave.

In a separate incident, a small child was plucked from the sea with hypothermia after drifting 300 metres off Southend in a flimsy dinghy.

HM Coastguard's head of coastguard operations, Richard Hackwell, said there had been "a big rise" in incidents this weekend "as more people visit coastal areas and head to the beach".

He said: "We understand that people want to have fun at the coast and enjoy the heatwave but we urge everyone to respect the sea and take responsibility in helping to ensure the safety of themselves, friends and family."