Woman reveals gap in tooth DISAPPEARED after she lost 60kilograms

Woman, 21, claims a gap so big she could fit three credit cards between her front teeth DISAPPEARED after she lost 60kilograms – and insists she had no dental work to fix her smile

A young woman has revealed a gap in her front teeth disappeared after she lost 60 kilograms.

Annabelle Colussi, 21, from Sydney, took to TikTok to reveal how her teeth had changed by sharing two different clips filmed a year apart.

The insurance broker told the Daily Mail Australia she’d had a space in between her two front teeth her whole life and was baffled when she noticed it had vanished. 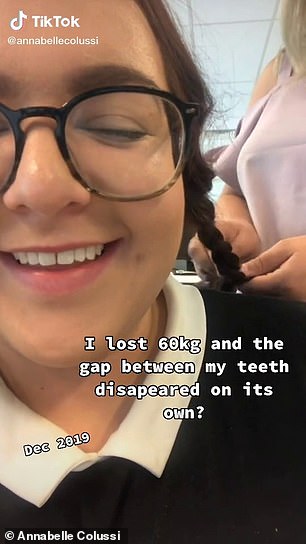 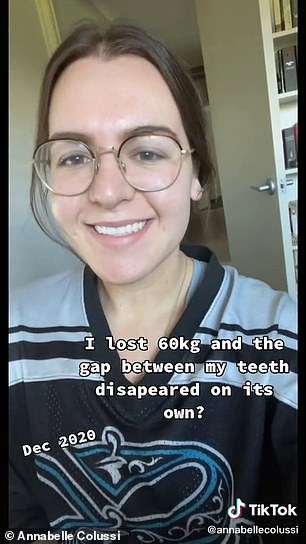 ‘The gap used to be bigger when I was younger, but during December last year you could fit around two to three credit cards in there,’ she said.

‘But the gap started to get wider when I gained weight and my family would even say how noticeable my gap was.’

Ms Colussi said it wasn’t until she shed 60 kilograms this year that she started to notice her gap also reduced significantly in size.

‘It wasn’t until around June to August this year that I started to notice my gap was getting smaller and it started to close up.’

‘Now there is just a little hole at the top near my gums but its completely gone, I still can’t believe it,’ she said. 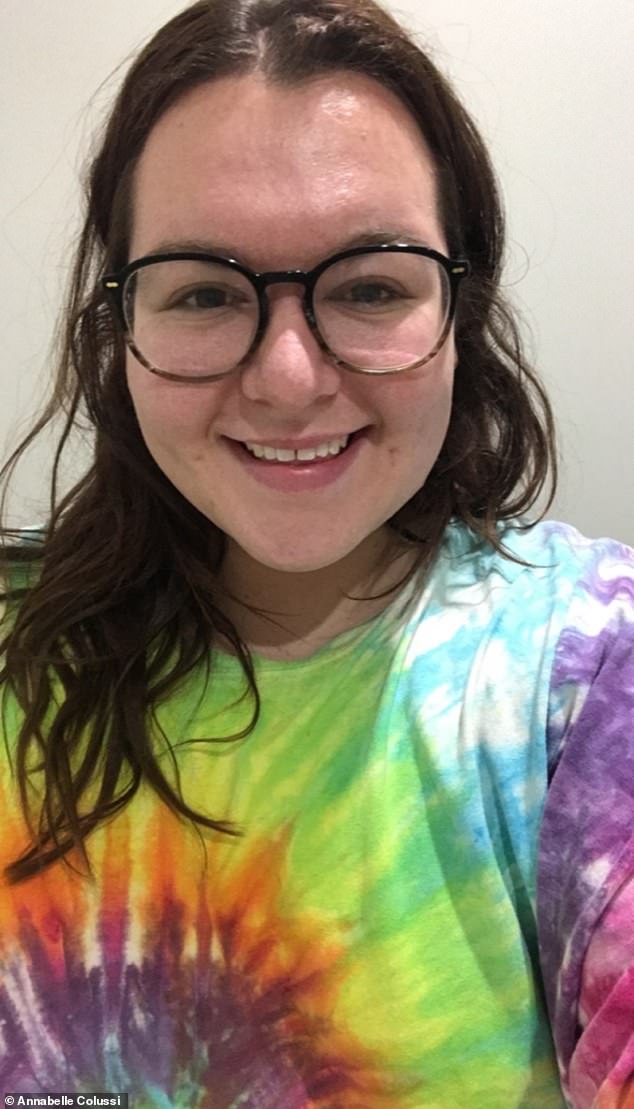 Her post sparked a heated debate online, with some social media users left confused and others claiming Ms Colussi must have had her wisdom teeth removed recently.

‘Oh my god how is that possible? I’m confused,’ wrote one woman.

‘From your wisdom teeth? My orthodontist left spaces for when mine came in,’ wrote Katelin.

‘That will be because your wisdom teeth are moving so it closed the gap, but well done on the weight loss,’ added another woman.

But Ms Colussi said she had her wisdom teeth removed in 2015 and has never worn braces.

‘My family think it’s because I’ve lost weight and maybe my jaw has changed or maybe my head is smaller but no one really knows,’ she revealed.

‘The only person in my family to have a gap in their teeth is my grandma, but she’s had it her whole life and it’s never changed in size.’

Other viewers shared similar experiences, with one claiming her teeth moved after gaining weight.

‘I gained 40 pounds and now I have an open bite. I used to be able to chew my nails and now I can’t, why does this happen?’, Alyssa said. 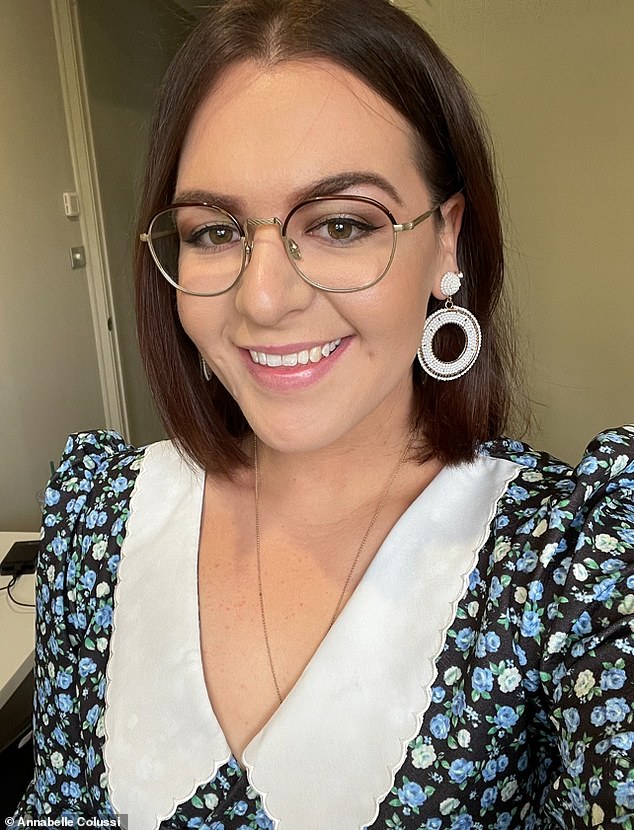