TV channels in America and around the world will be screening every second of the live trial. The key 8min 46sec video of Mr Floyd’s arrest is to be shown by prosecutors during opening statements as the trial of former police officer Derek Chauvin gets underway following almost three weeks of jury selection. Hollywood trade magazine Variety anticipates a huge global audience will tune in to TV coverage of the case, echoing that of the OJ Simpson murder trial in 1995.

Millions more viewers worldwide are expected to follow coverage live online as things unfold in Minneapolis, where police and up to 2,000 National Guard troops will be on stand-by close to Hennepin County Courthouse in the city centre in case any demonstrations get out of hand.

A double perimeter of 12ft barricades topped by barbed wire has also been installed around the court building. Some nearby stores have been boarded up amid fears of a repeat of last summer’s ­protests, which saw widespread violence and looting.

Minneapolis Mayor Jacob Frey last week appealed to demon­strators preparing to protest against alleged police brutality to “do so peacefully” during the trial and beyond.

He added: “I’m really hopeful that the people of Minneapolis will continue to look out for one another on a daily basis.” 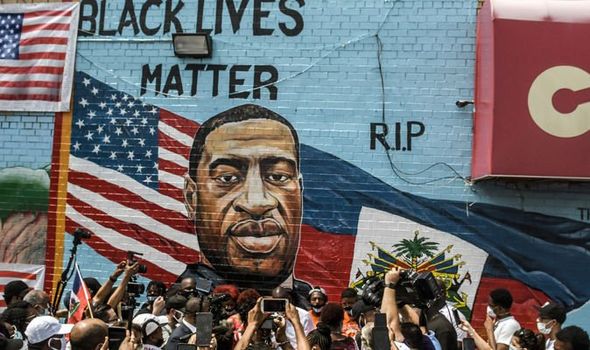 Defence attorneys had hoped to postpone the hearing following the city’s announcement earlier this month of a $27million (£20million) settlement with Floyd’s family.

It was described by their lawyer Ben Crump as “the largest pre-trial settlement in a civil rights wrongful death case in US history”.

But Judge Peter Cahill ruled that the trial should progress as planned following jury selection, which ended last week with a panel made up of three black men, one black woman, two white men, four white women and two multiracial women.

They and three alternates – who will step in if one or more of the 12 jurors has to step down – will hear tomorrow’s opening arguments and watch the incendiary video that sparked global outrage and unrest. 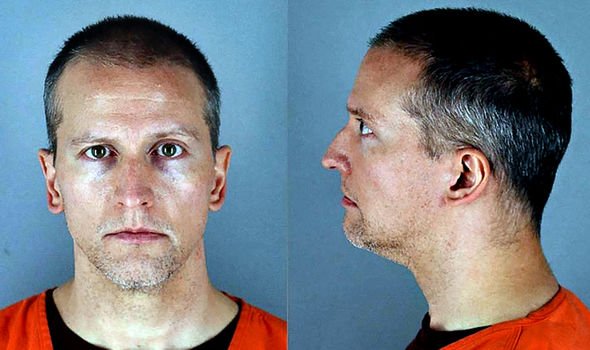 The footage, from May 25 last year, shows Floyd, 46, struggling for air and pleading “I can’t breathe” while handcuffed and face down on the ground with Chauvin’s knee apparently on his neck. Floyd died later in hospital.

Chauvin, 45, is charged with second-degree murder, third-degree murder and second-degree manslaughter, all of which carry different maximum sentences up to life imprisonment. Trahern Crews, founder of Black Lives Matter Minnesota, has said he hopes for a peaceful outcome but could not rule out the possibility of unrest if Chauvin is acquitted.

He added: “The whole country is watching and I believe the majority of the country wants ­justice for George Floyd.”

Three other police officers involved in the fateful arrest are facing less serious charges and will be tried later.