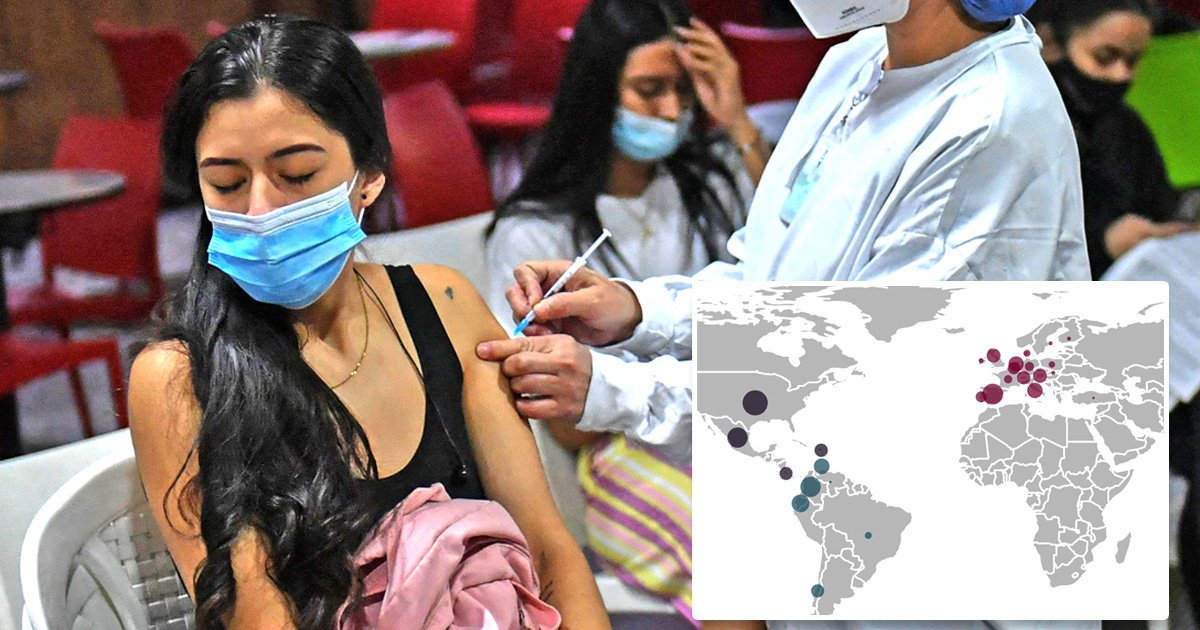 A new Covid strain present in the UK has been declared a variant of interest by the World Health Organisation.

Mu, or B.1.621, was first found in Colombia and now makes up 39% of cases in the South American country.

There are fears the new mutation could be more resistant to vaccines than other variants, but further studies are required to investigate this.

Public Health England named B.1.621 a variant under investigation in the UK in late July as 16 cases were found across the country.

Infections have also been recorded in other parts of South America, the United States and Europe, although cases across the globe remain low.

The WHO’s most recent weekly bulletin on the pandemic said: ‘Since its first identification in Colombia in January 2021, there have been a few sporadic reports of cases of the Mu variant and some larger outbreaks have been reported from other countries in South America and in Europe.

‘Although the global prevalence of the Mu variant among sequenced cases has declined and is currently below 0.1%, the prevalence in Colombia (39%) and Ecuador (13%) has consistently increased.

‘The epidemiology of the Mu variant in South America, particularly with the co-circulation of the Delta variant, will be monitored for changes.’

An August 6 PHE report on the B.1.621 variant said data was limited – but ‘at present there is no evidence that VUI-21JUL-01 is outcompeting the Delta variant and it appears unlikely that it is more transmissible’.

The majority of cases in the UK were linked to overseas travel and there was no evidence of community transmission, experts said.

There are currently four coronavirus variants of concern – including the Delta variant, which originated in India and the Alpha variant, first discovered in Kent.

Other variants of concern are the Beta variant, found in South Africa and the Gamma variant, discovered in Brazil.

It comes as Covid-19 booster jabs could be offered to the UK’s most vulnerable next week.