Your Melbourne Boxing Day shopping guide: What’s open and where are the best sales?

On Boxing Day in Australia, if you aren’t watching cricket on the couch with Christmas leftovers you’re probably out hitting the sales.

Boxing Day sales have long been a staple in the Australian calendar, yet with the North American tradition of Black Friday offering shoppers competitive prices weeks before Christmas, some might argue that Boxing Day’s popularity is waning. 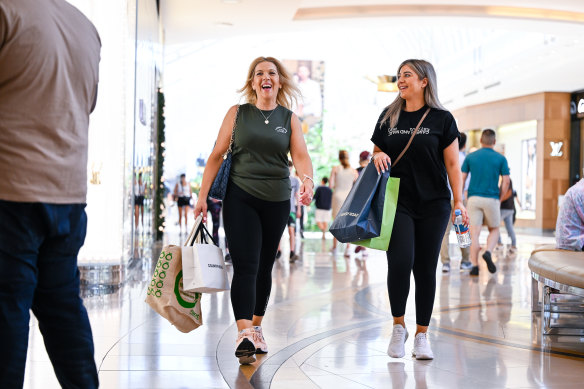 Victorian shoppers are expected to shell out $6 billion in this year’s post-Christmas sales. Credit:Joe Armao

However, according to Chadstone Shopping Centre manager Daniel Boyle: “Boxing Day is still the jewel in the crown”.

“Black Friday has been gaining popularity in recent years, but it still doesn’t come close to the performance of Boxing Day sales,” he said.

More than 120,000 shoppers are expected through the doors of Chadstone from 6am on Boxing Day, with department stores David Jones and Myer offering discounts of up to 50 per cent.

The Boxing Day sales do offer the perfect chance to snatch up anything you didn’t get for Christmas at a pretty good price.

Australian Retail Association chief executive Paul Zahra said many people were indulging in “freedom spending” after a tough year, “where people reward themselves after an intense and challenging period”. 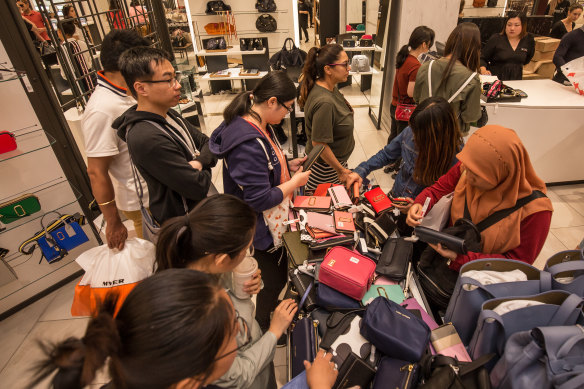 Big retailers like David Jones are enticing shoppers with offers of 50 per cent off.Credit:Scott McNaughton

The association predicts Australians will shell out more than $23 billion in the sales this year, with Victorians accounting for $6 billion.

“The fashion industry has suffered an unseasonal summer hence, there will be great buys for consumers and great discounts as they prepare for the new season’s intake. Of course, retailers are also keen to clear any excess inventory from the festive season,” Zahra said.

Here’s a guide to Boxing Day in Melbourne this year.

Most of the city’s big centres will open for extended shopping hours. But Boxing Day enthusiasts may notice that some stores have cut back their trading hours.

Northland Shopping Centre in Preston has cut its trading hours back by four hours.

What are some of the big retailers offering?

Amazon is offering big discounts on electronics, including 60 per cent off ECOVAC robot vacuums and 37 per cent off selected Sony televisions.

David Jones will mark down selected appliances from Breville, Delonghi, and Tefal by 40 per cent, and selected women’s fashion by 50 per cent.

Big W is promoting half price on selected toys, as well as some cookware, and 30 per cent off the popular Dyson vacuum cleaner.

The Iconic started its Boxing Day sales early with 30 per cent off selected brands including Nike, Cotton On, and Levi’s.

Booktopia is offering readers up to 50 per cent off books online.

Kogan will entice online shoppers with 70 per cent off selected items across its electronics and furniture range, plus free Boxing Day shipping deals.

Bevilles will appeal to Boxing Day bargain hunters with up to 50 per cent off diamonds and gold jewellery.

Maintenance work on the West Gate Bridge will start on Boxing Day, leaving four of the five outbound lanes closed until January 4.

Delays of more than 90 minutes are expected on the West Gate Freeway between the city and the West Gate Bridge, a well as the Domain Tunnel, Monash Freeway and throughout the CBD. Drivers are being advised to plan alternative routes early.

Public transport will be available on Boxing Day, but will be operating to a Sunday timetable.

Plan your journey using Journey Planner and check Disruptions for service changes that may affect your journey.