SHOCKING footage revealed escaped zebras who have been running wild in Maryland for weeks, galloping on highways, spooking drivers and vexing officials.

At least one farm fugitive was captured on camera crossing a paved highway after being spotted walking through backyards, on local railroad tracks, and even at local playgrounds by residents. 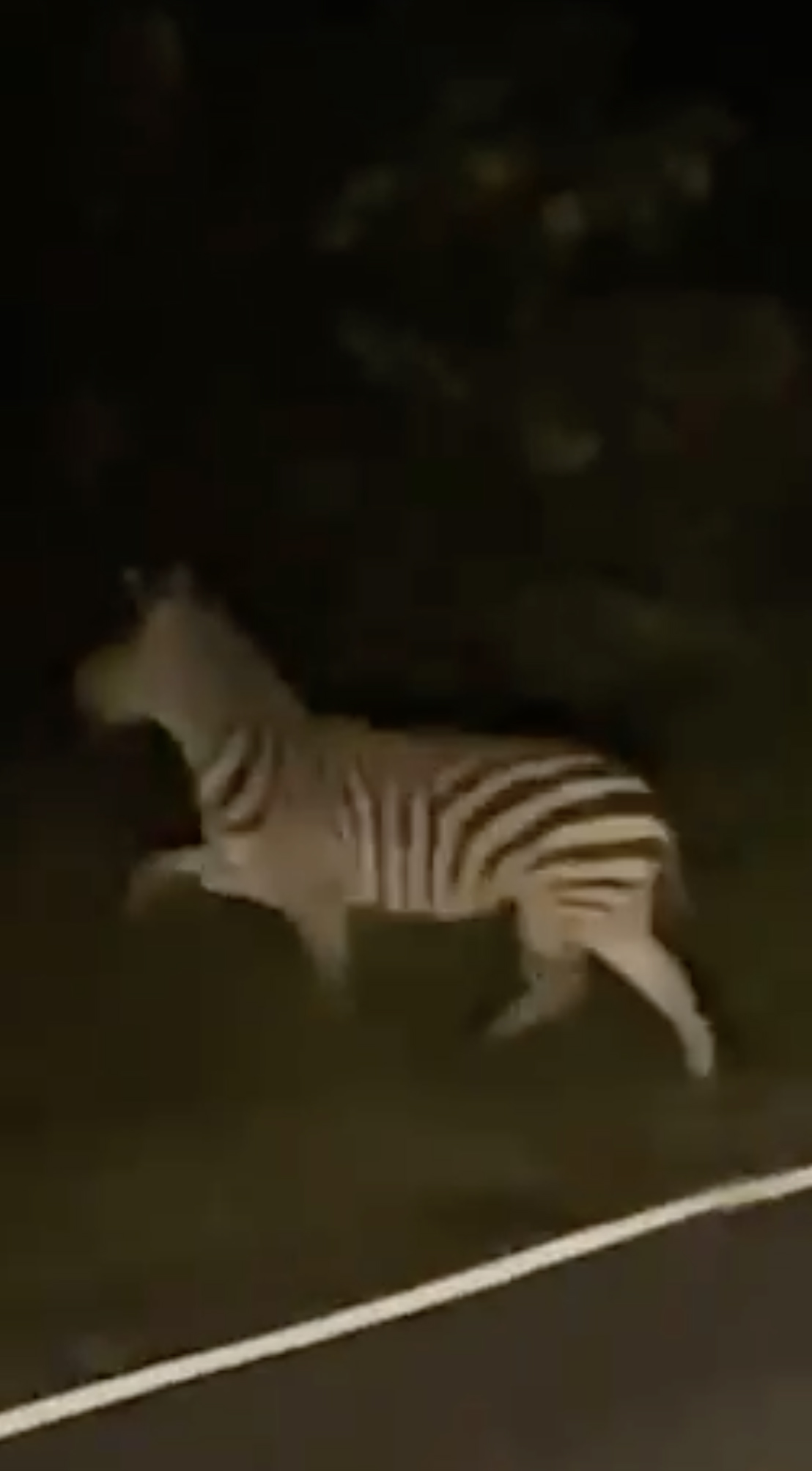 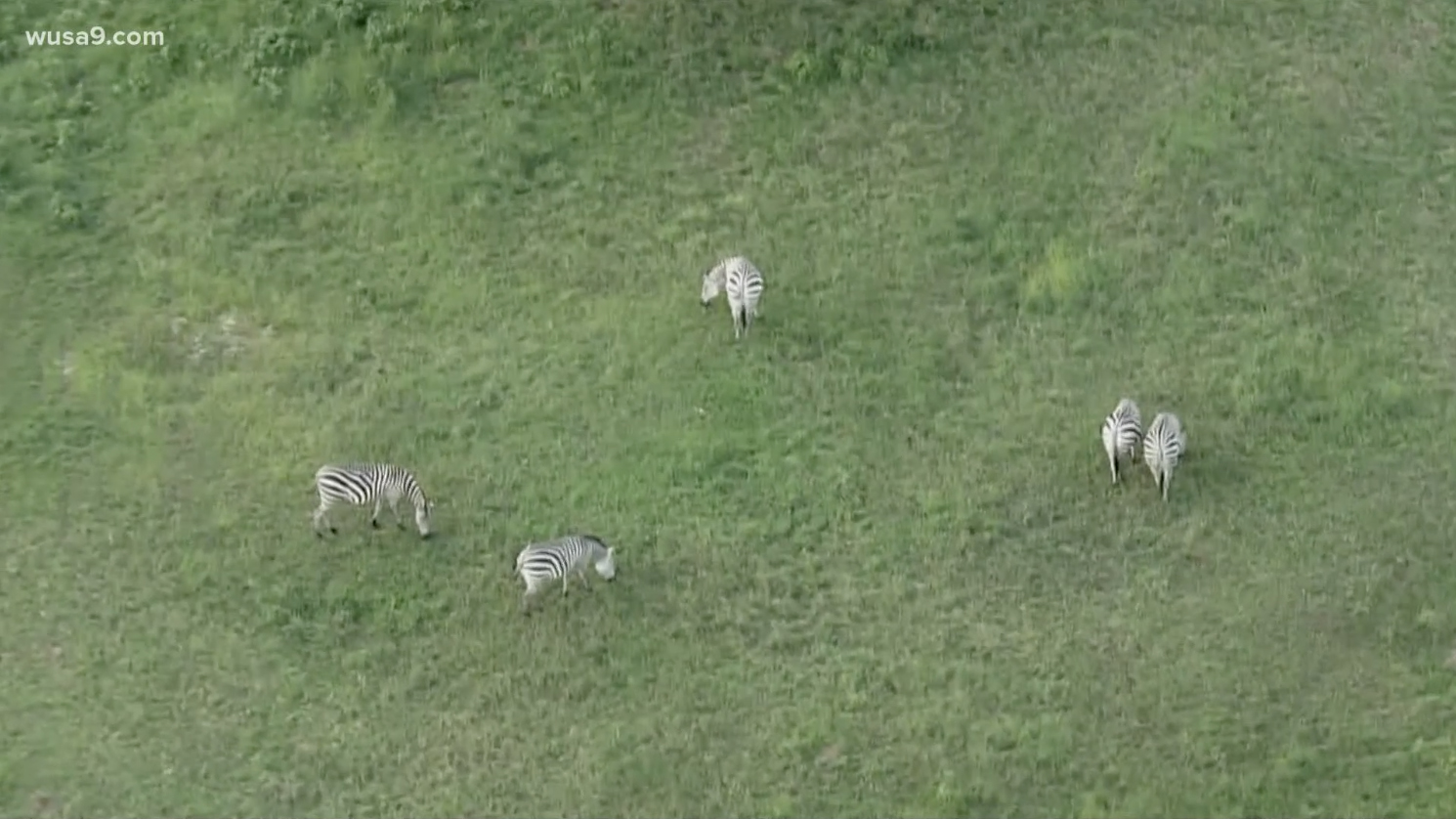 A local named Chris Horrell videotaped on such wild beast hoofing it across a street at night, according to a “ZEBRA SIGHTING” tweet posted by WUSA9 producer Jeff Ackerman.

Night running on paved roads is considered dangerous for zebras considering they could be struck by cars.

“That's when it can get dangerous and they get on the highway," Taylor told the station.

A few of the loose zebras were lured into an enclosure and sedated by Prince George’s County Animal Control.

“They’re very skittish,” Taylor said. “So if we keep too much movement that's going to just scare them out even further.”

The herd of the estimated five zebras have been seen roaming together – referred to as a "dazzle."

They've been on the run since slipping away from historic Bellefields Farm off nearby Duley Station Road and owned by a man named Jerry Holly.

Holly is reportedly licensed by the US Department of Agriculture to keep 39 zebras.

Caretakers have successfully lured some of the zebras to a baited area or feeding station in the woods nearby where they’ve been spotted.

Authorities are utilizing game cameras that have captured images of the animals’ movements specifically between 2am and 4am, Taylor said.

The zebras and placed them in a tight enclosure and then tranquilized after they’re recaptured and then released back to the farm.

Taylor initially warned that while wild zebras will not attack at random, they can be dangerous if provoked.

"They're not used to being handled by humans, so they will kick. Zebras do bite," he said.

"So please, if you happen to see them, just give us a call and let us know, but just stay away."

A local resident spotted one of the zebras grazing in her Upper Marlboro home backyard.

'ZEBRA IN OUR BACKYARD'

"I thought my mind was playing tricks on me," said Layla Curling told the station.

"Then I went upstairs to tell my mom, ‘There's a zebra in our backyard.'"

Layla's parents said they knew someone nearby owned the animals but they did not know who.

But Congresswoman Eleanor Holmes Norton (D-DC) made sure nobody pointed the finger toward her.

"Local news has reported that the zebras were let loose on Saturday or Sunday of last weekend, a period of time during which I was enjoying quiet time at home with family," Norton said in a statement.

"My alibi is solid." 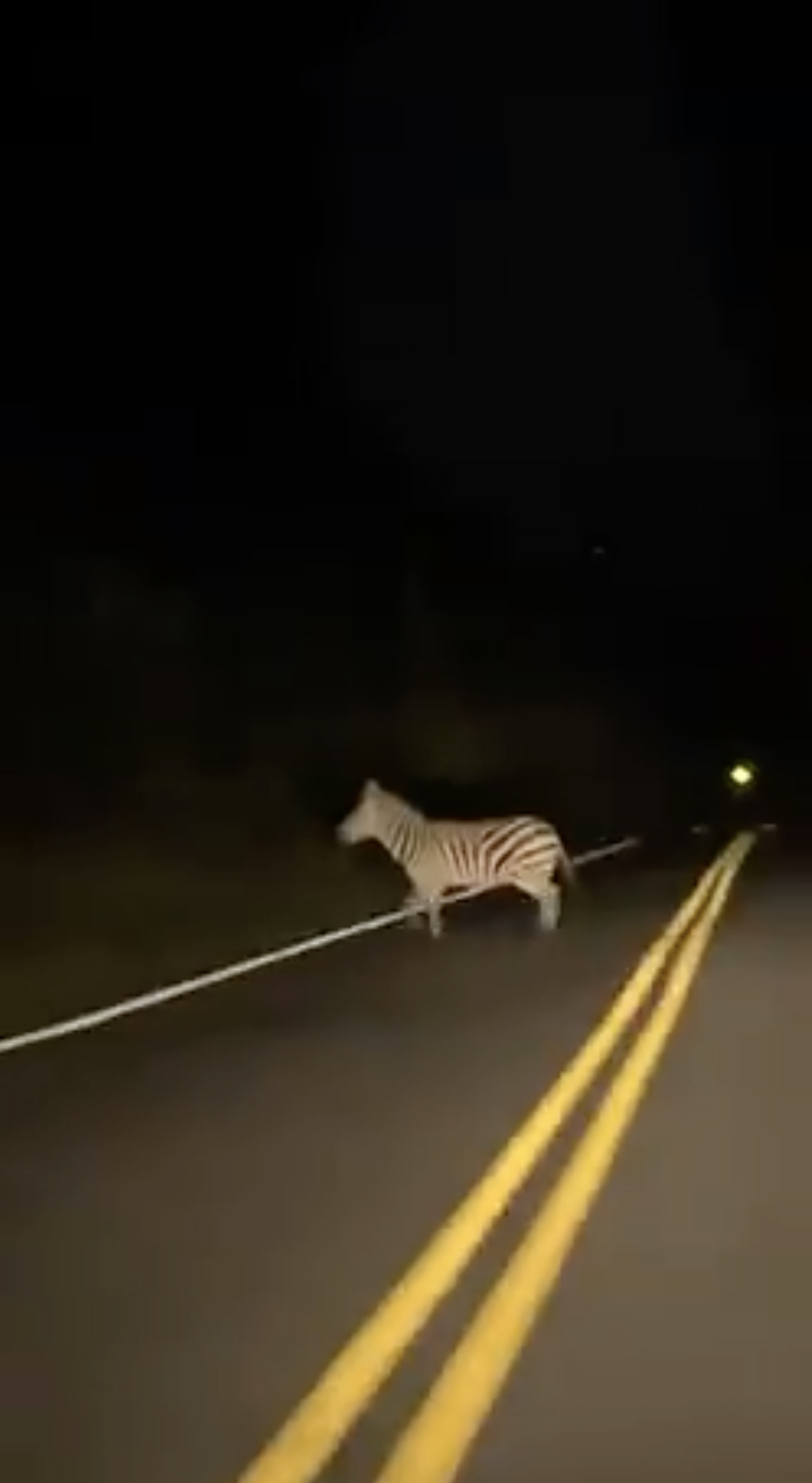